Snow Cover in the Interior

Rick T. here with with a (mostly) clear sky from Monday afternoon October 14, 2019, showing a fairly well defined line between areas to the south and east of Fairbanks that picked up quite a bit snow during the second week of October and areas to the west, where low elevations are still snow-free. Urban Fairbanks is right on the edge. The snowfall from Delta  Junction southeastward was quite impressive. 15" of snow at Tok was the greatest October snowstorm (over two days) there on record (climate obs since the late 1950s) and second greatest overall. Delta Junction does not often get a foot of snow in one pop, but they did from this event, including severe drifting. 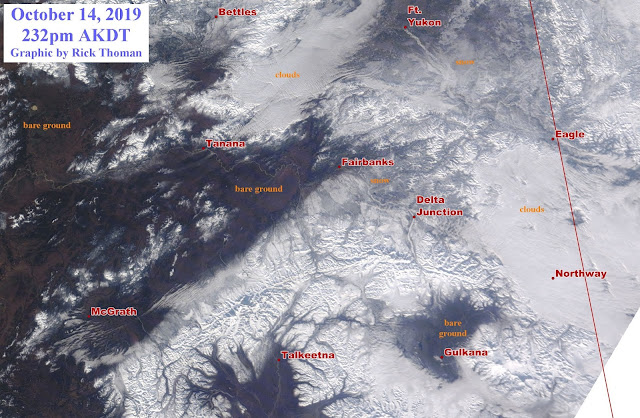