Fairbanks saw an inch or two of fresh snow last night and this morning, and most of interior Alaska now has at least a light covering.  The last area to hold out is the low-elevation northwestern interior and parts of the Seward Peninsula, which remain snow-free as of this afternoon.  Here's a satellite photo from 2pm, with the Seward Peninsula at left and the now-icy Yukon River clearly visible.  (As an aside, it's interesting to note several "streaks" of snow cover coming off Kotzebue Sound; I assume these were caused by episodes of heavy snow showers, or clusters of showers, that formed over the (very) warm water.  It looks like much of the western and northern Seward Peninsula also got its snow cover in the same way.) 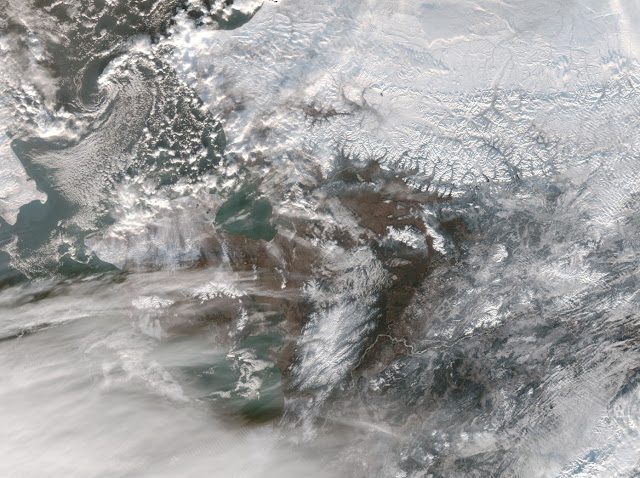 With a storm system approaching from the southwest (see the thick high clouds at lower left), this may be the last time we see this area without its winter mantle of white.

According to snow cover data at the Rutgers Snow Lab, the normal date for onset of snow cover in the northwest interior is about October 10-12, based on satellite data from 1970-2000; so we're about two weeks late this year.  Here are images showing the daily normal on October 6, 13, and 20. 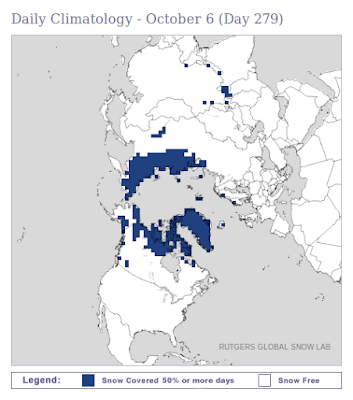 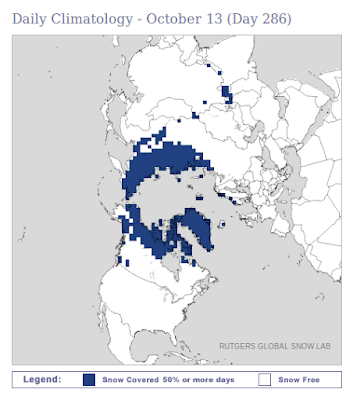 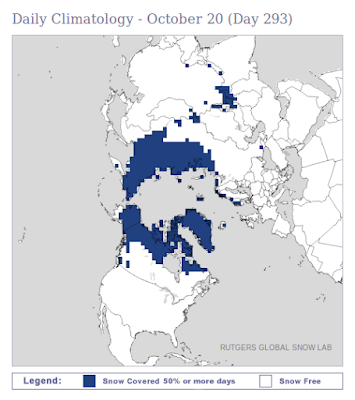 Comparing today's analysis with last year's for the same date, there is actually considerably more snow cover across both Alaska and western Canada this year; despite very warm waters across the northern Pacific Ocean, the weather pattern has favored relatively chilly conditions over northwestern North America (except at Arctic latitudes) in recent weeks.  However, this is set to change in a big way for Alaska, as the aforementioned storm system over the Aleutians is building a very strong ridge downstream that will bring exceptional warmth to Alaska for at least the next week.  Sadly I wouldn't be surprised if it's even warm enough to wipe out the early snow cover in many areas; we shall see. 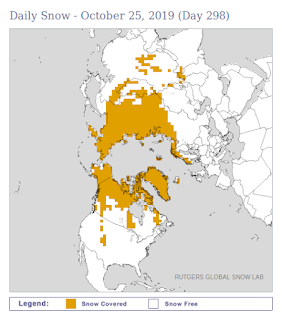 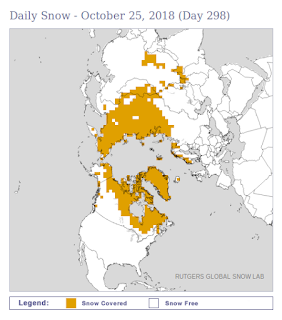 Posted by Richard James at 6:43 PM