Time continues to elude me for more frequent posts, but here's a look back at statewide climate anomalies during August and for the summer as a whole.

First, the NCEI climate division data indicate that August was the coolest summer month - and the coolest relative to normal - since August 2015.  The statewide average temperature of 49.4°F was about 1°F below the 1991-2020 normal, but would have been slightly above normal prior to the 1980s.  Precipitation was significantly above normal statewide, but unlike June and July the wet anomaly was across the interior and southeast, not along the west coast. 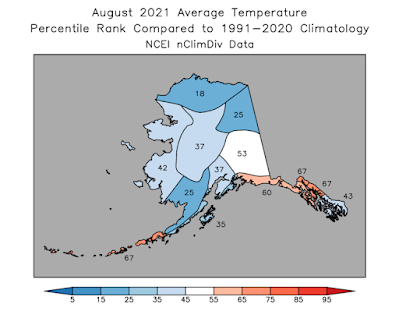 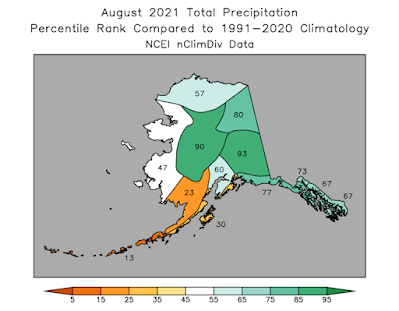 Here's the same view from the ERA5 reanalysis: 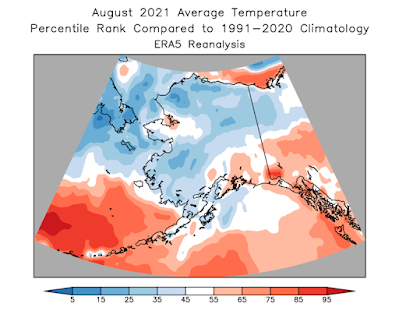 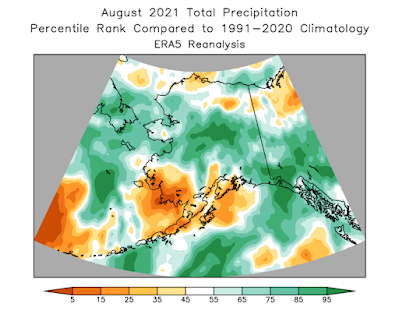 And here are Rick Thoman's excellent station-based graphics for comparison: 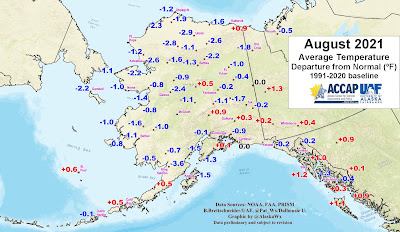 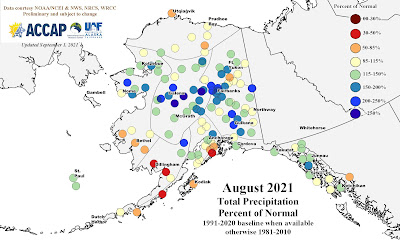 This month there isn't a major discrepancy between NCEI and ERA5 for the North Slope (see last month's post for discussion), and the NCEI numbers for July have been revised.  The updated map shows a much warmer July for the North Slope, although still not as warm as ERA5: 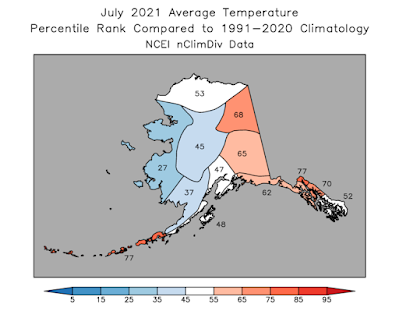 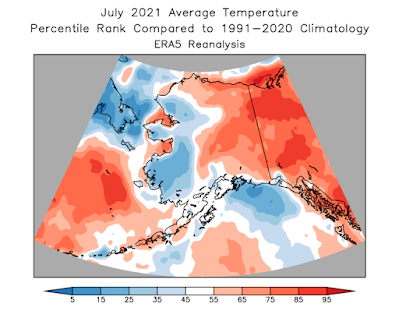 The maps below show the ERA5 ranks for several variables for the summer as a whole.  The big story is the excessively cloudy and wet conditions in much of western Alaska, although it wasn't terribly cool compared to the long-term normal.  The pattern was caused by a very persistent trough that was stuck between a pair of high pressure ridges over Siberia and over southwestern Canada and the western lower 48. 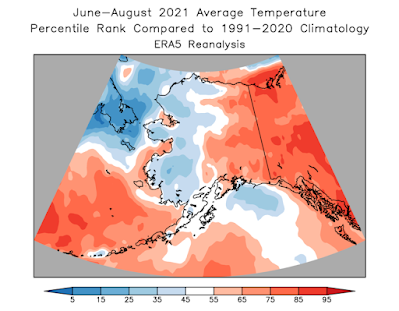 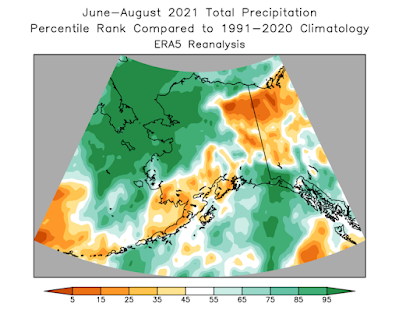 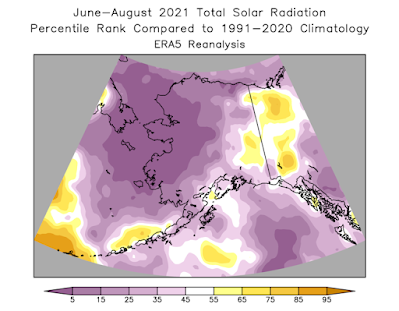 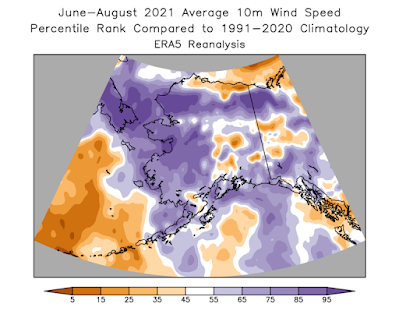 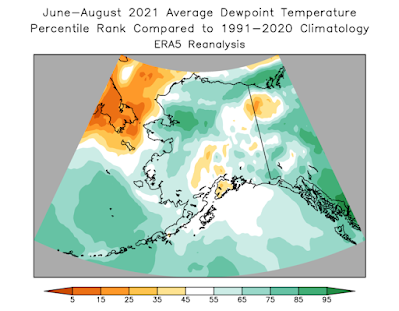 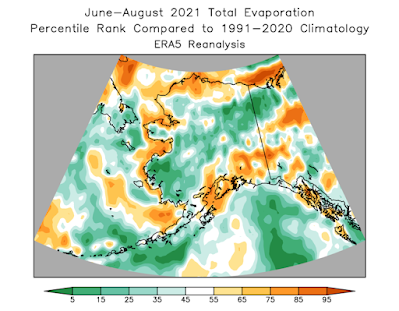 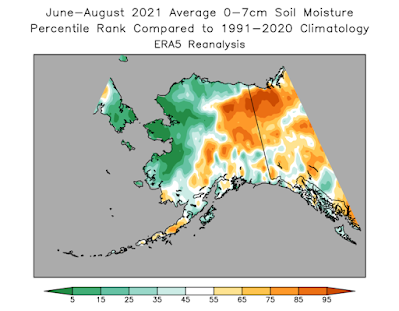 Posted by Richard James at 3:48 AM