Meteorological winter is traditionally defined as December through February, and it was a very warm one in much of Alaska this year.  The maps below show the Dec-Feb temperature and precipitation anomalies relative to the 1981-2010 period, with larger circles indicating greater departures from normal.  Fairbanks and Anchorage were in the top 10 for warmth, but most of the excessive warmth occurred in January; both December and February were slightly colder than normal.  To the west, the warmth was more extreme: Barrow and Cold Bay recorded their warmest winter (Dec-Feb) on record; Kotzebue, Bethel, and McGrath saw their second warmest winter; and Nome's winter was the third warmest on record. 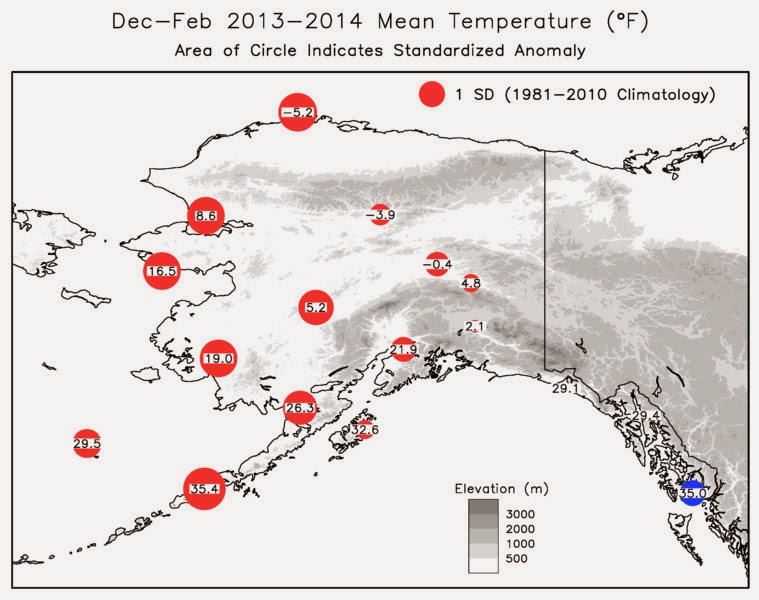 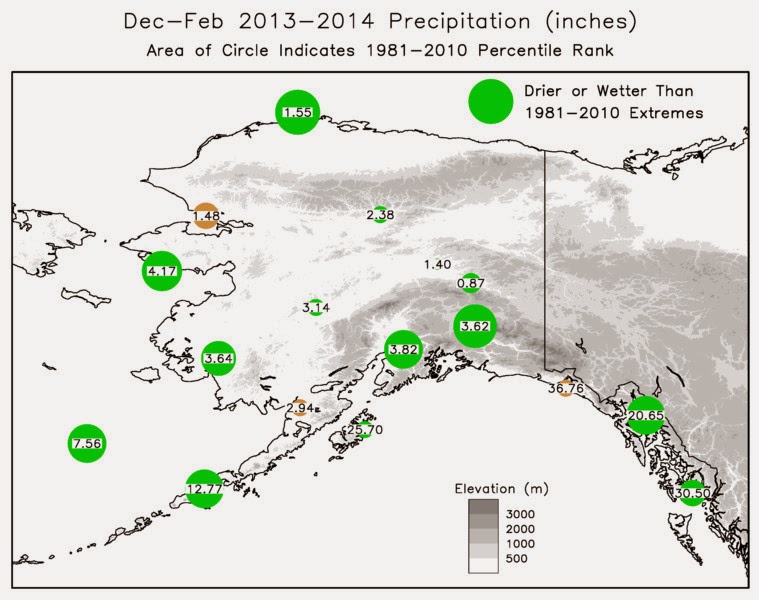 Most locations saw above-normal precipitation in December through February, and Barrow and Gulkana had their second wettest winter on record (based on liquid equivalent of snowfall).  Remarkably, Barrow saw yet another month of above-normal (i.e. above-median) precipitation, the 12th in a row.

The warmth in Barrow has been really extraordinary in recent months, with each month from October through February being at least 5 °F above normal.  The five-month average temperature was the highest on record for the time of year by some margin, as shown in the chart below. 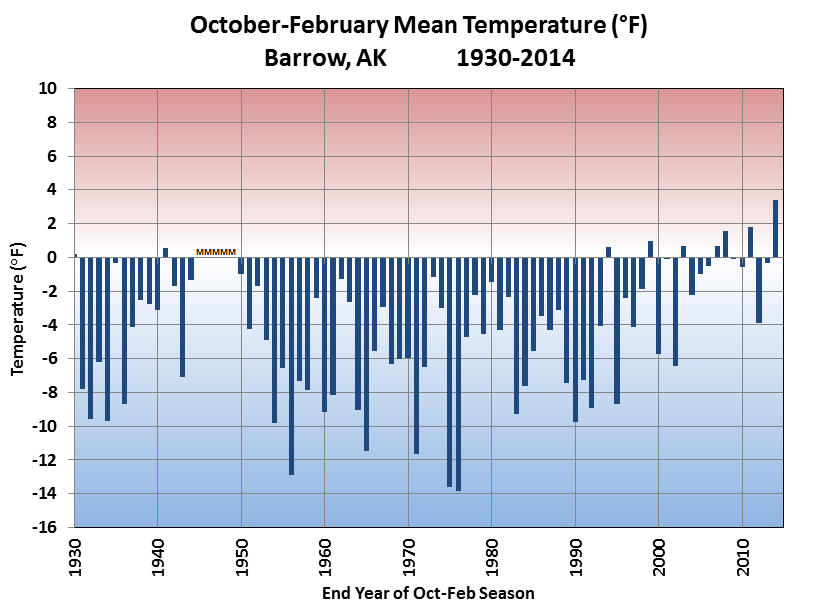 A few reanalysis charts illustrate the larger-scale anomalies that contributed to the warmth in Barrow and elsewhere since October: first, the 850 mb temperature map shows temperature anomalies of more than +3 °C over northern Alaska and far eastern Russia: 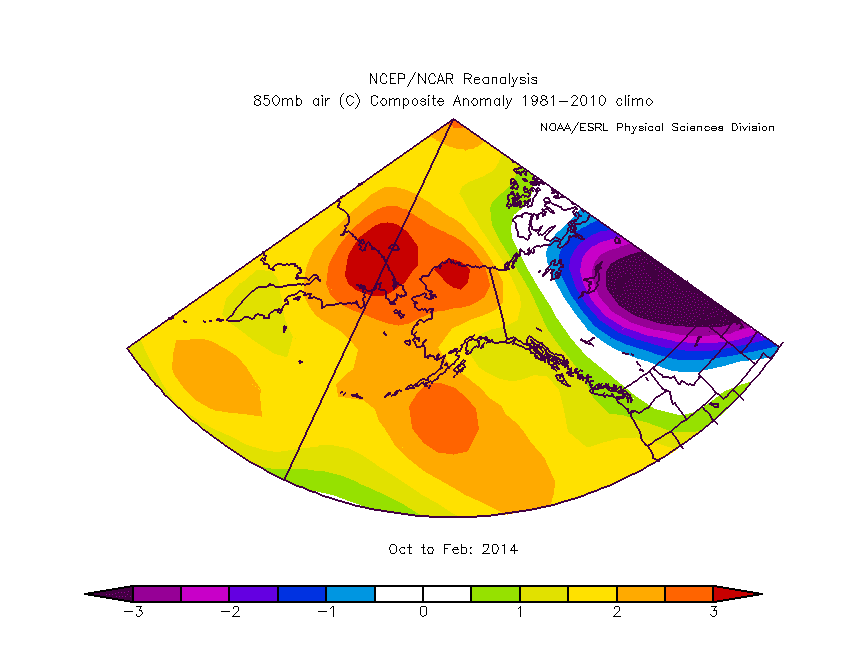 The 500 mb height map shows the strong ridge that keeps recurring over southeastern Alaska, but also reveals that upper-level pressure has been higher than normal over the entire Bering Sea-Alaska-North Pacific basin: 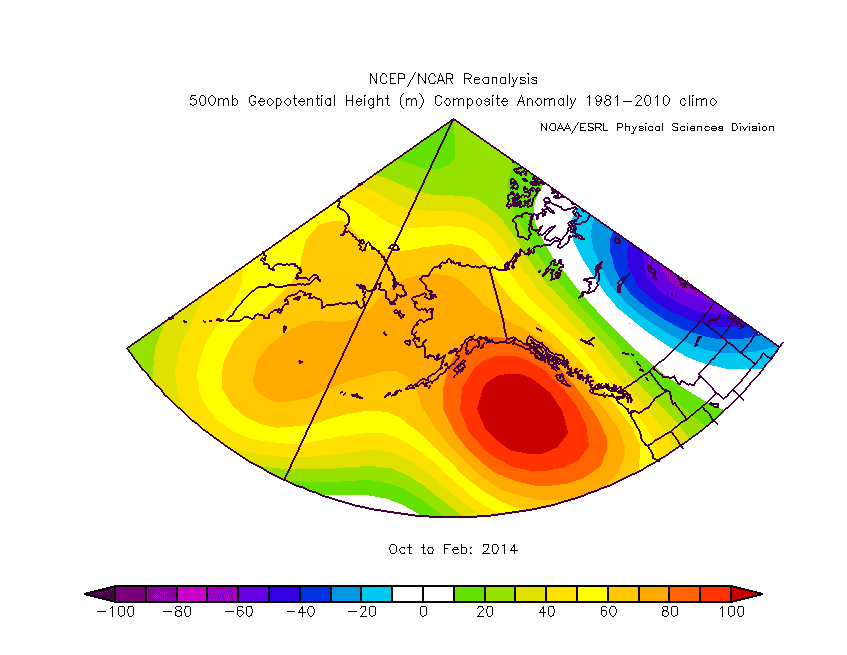 Sea-level pressure anomalies have been similar: 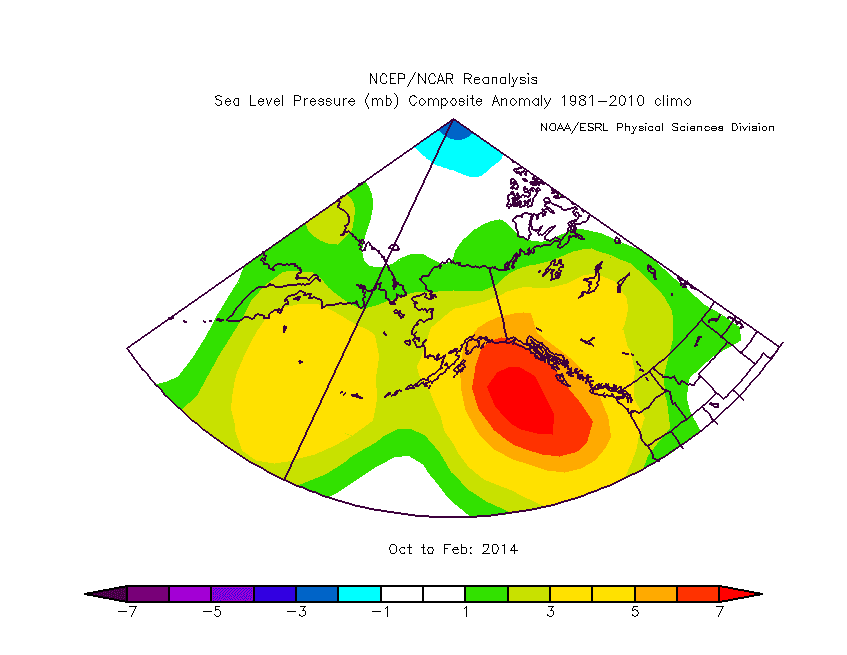 Finally, the sea surface temperature map identifies one of the likely causes for the unusual pattern: the very widespread and unusual warmth in the northeast Pacific waters. 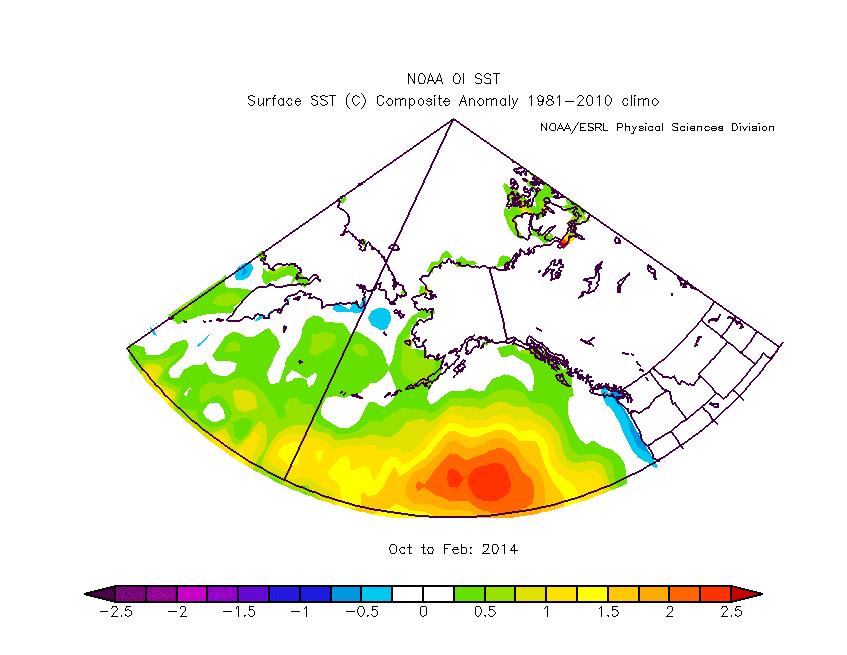