Freeze-Up Progress - Or Lack of It

The situation in Barrow deserves another quick mention today, because it's so extraordinary - the warmth is unprecedented for the time of year in the modern observational record.  There's no snow on the ground - not even a trace - and this is the latest date in the year when this has been observed (1920-present); and this isn't because it's been too dry, it's just been too warm.  Not a single day so far this autumn has seen a high temperature below freezing, and we're now 9 days past the previous record in this respect.  As the chart below shows, temperatures have not decreased at all in the last month - in fact the trend is slightly up. 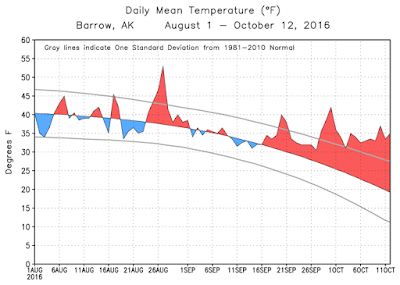 Another perspective on the unprecedented warmth is to look at the accumulation of freezing degree days so far this season.  Barrow has managed a grand total of 4.0 FDDs so far this autumn, which is easily the lowest on record (2012 had 24.0 through October 12).  On the flip side, thawing degree days have accumulated at a record pace this month, with 24.5 TDDs for October 1-12.  The chart below shows the numbers for each year since 1930 (click to enlarge). 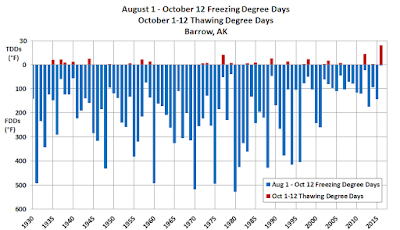 Here's the current webcam photo from Barrow - no sea ice and no snow. 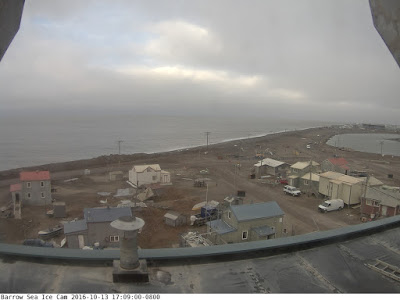 Away from the warming influence of the Arctic (an odd concept, perhaps), freeze-up is beginning on interior rivers.  The webcam photos below show the situation on the Yukon River at Dawson YT and at Beaver. 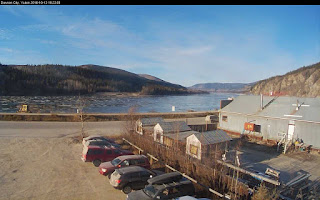 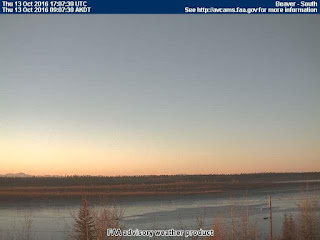 For good measure, and for future reference, here are some shots from North Slope locations today.  Toolik Lake has frozen over in the past 48 hours. 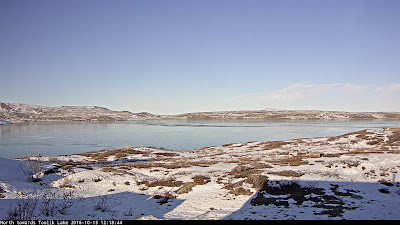 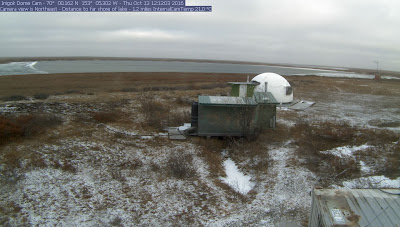 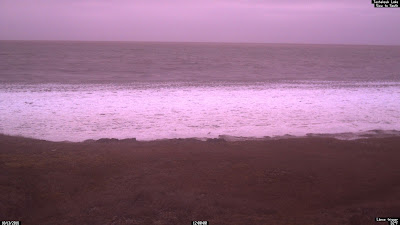 Posted by Richard James at 5:26 PM