The coolest temperatures of the season so far were observed in the interior last night, with several locations dipping into the single digits - as befits the time of year.  The Chalkyitsik RAWS dropped to +4°F, which is the lowest temperature observed so far in Alaska this season as far as I'm aware.  Other lows included:

At Fairbanks airport the first indisputably hard freeze occurred the night before, with a low of 22°F.  Yesterday was also the first day with a daily mean temperature of 32°F.  If these conditions were to continue, it wouldn't be long before some ice would be running in the rivers, but the forecast shows a warming trend.

[Update October 5: this morning was colder, with a low of +1°F at the Chalkyitsik RAWS and +4°F at Chicken. Closer to Fairbanks, the Goldstream Creek COOP had 11°F, and it was 9°F at the Salcha RAWS.]

Speaking of the forecast, I couldn't help noticing a major discrepancy today between the GFS MOS (automated computer) forecast and the rest of the guidance for Fairbanks.  Here's this morning's MOS bulletin, with the "N/X" line showing low temperatures well down in the teens from Thursday through Monday, and with high temperatures staying near or below freezing for several days despite clear skies. 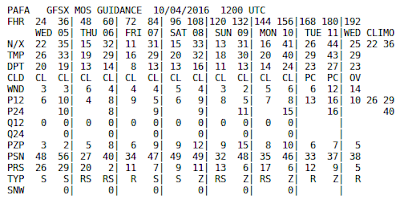 A quick look at this evening's NWS forecast for the airport shows a dramatically different picture, with high temperatures above 40°F and lows not far below freezing. 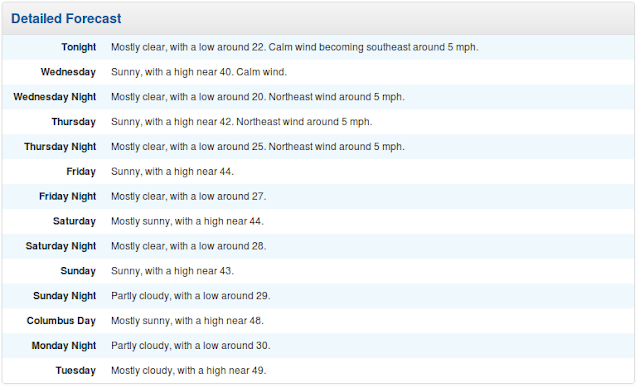 The GFS model forecast itself (from which the MOS output is derived) shows increasing warmth aloft in the next week, with 850mb temperatures rising well above freezing by Friday, and with very low relative humidity suggesting clear skies. 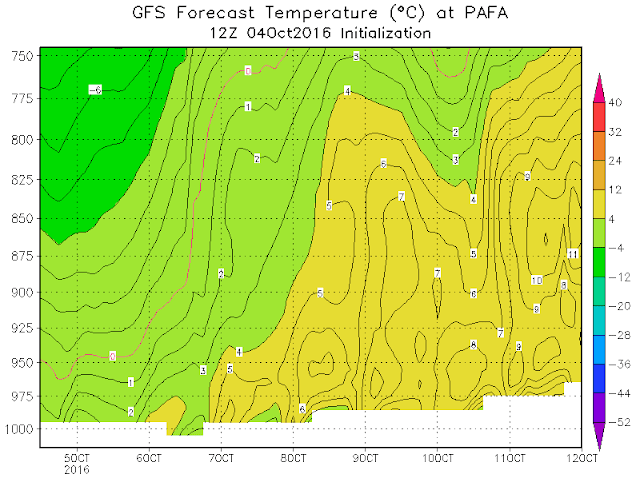 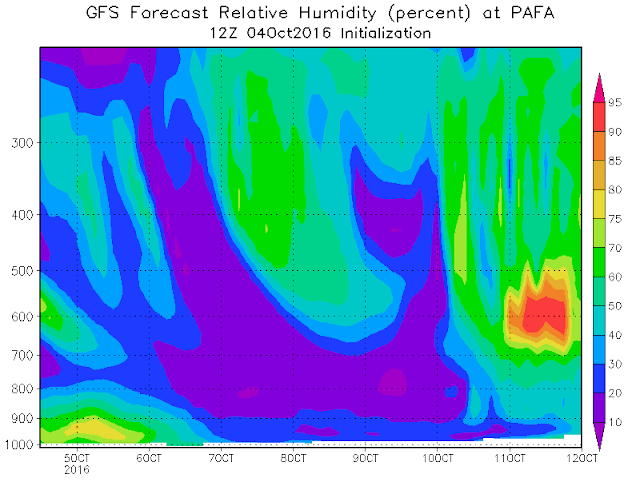 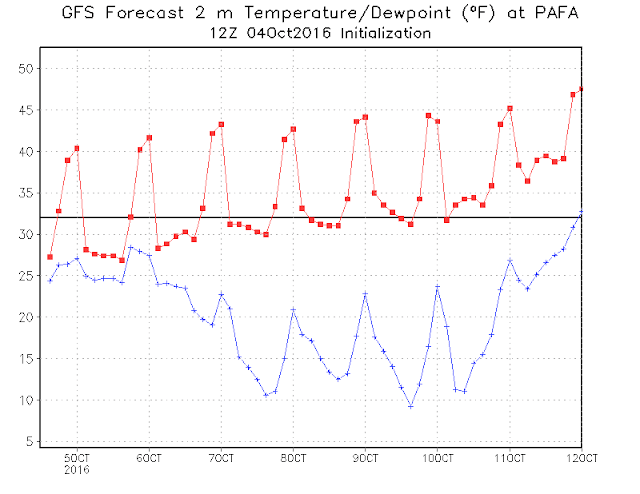 So what's going on with MOS?  Frankly I have no idea, but it's clearly wrong - and this is interesting, because MOS usually serves as a baseline or "first guess" for forecast systems; it is generally much better than raw model output, because it's a statistical regression based on historical observations.  I briefly wondered if perhaps MOS is assuming there is snow on the ground already, but this is most unlikely as the historical probability of having snowcover in Fairbanks at this date is less than 20%. 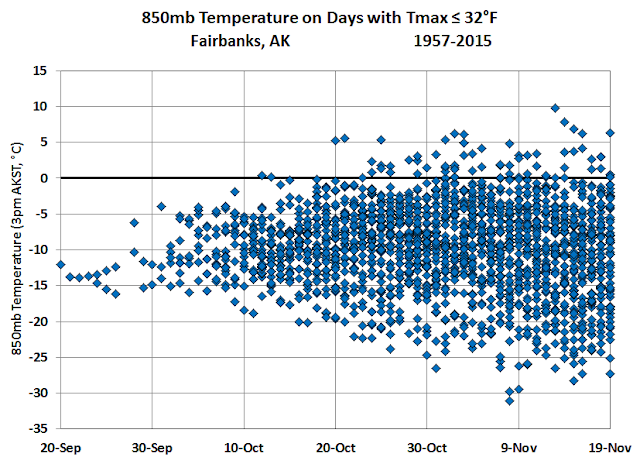