Just a quick update this morning to note the stormy conditions in western Alaska; blizzard warnings are in place from Point Hope south across the Seward Peninsula to the Stebbins/St Michael area.  As the weather service discussion put it yesterday, a "very active weather pattern continues to hammer western Alaska".  The effects on the coastline are being exacerbated by the remarkable absence of sea ice even far up in the northwest; and the slow growth of sea ice is also related to the storminess, as noted by Rick Thoman yesterday:


This morning's surface observations show an interesting wind contrast between St Michael and Unalakleet, a distance of only 47 miles, as shown on the map below; the wind direction is completely opposite at the two locations.

The wind contrast highlights the location of a strong front that is moving east across Norton Sound and southwestern Alaska.  It's analyzed as a cold front on the Environment Canada map (9pm AKST), which seems ironic as the surface conditions behind it are warmer than to the east of the front, but that's what you get in the wild world of western Alaska weather. 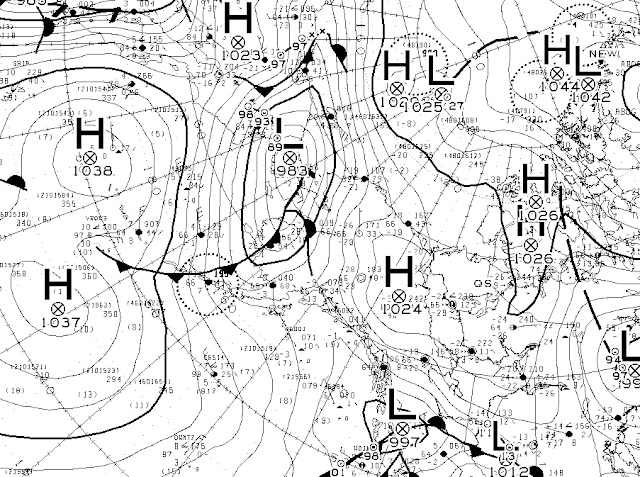 The sequence of maps below (note the timestamps on the top right) show how the wind at St Michael went round from southeast to southwest as temperatures rose, but meanwhile the temperature fell a couple of degrees in Unalakleet as cold interior air moved over the Nulato Hills.  Note too the rising temperature in Fairbanks as high clouds moved in aloft; the coldest conditions have shifted east to the Yukon Territory.

I find it interesting to note that the wind continued to veer around to the northwest and eventually north and northeast in St Michael today, and as this happened the temperature dropped sharply.  So in the space of less than 18 hours, the wind (a stiff breeze throughout) at St Michael rotated through three-quarters of the compass, while less than 50 miles away at Unalakleet the wind remained virtually unchanged throughout.  Fascinating!

Here's a map showing peak wind gusts for the 24 hours ending 6pm yesterday (Tuesday November 21).  This is an entirely different storm from the one discussed above.  Stormy times in western Alaska! 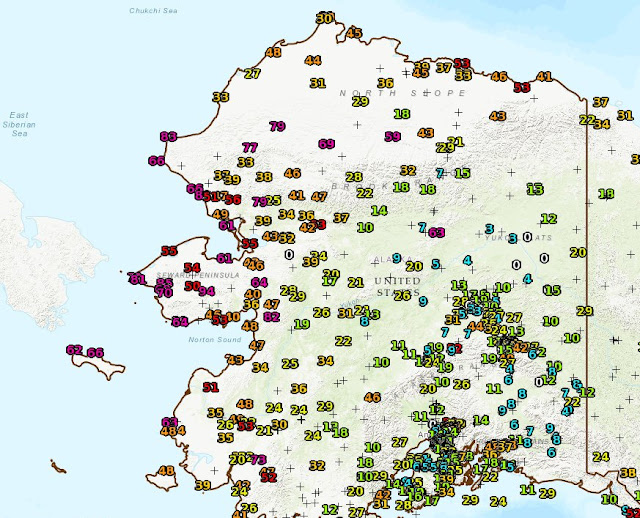 Posted by Richard James at 4:16 AM