A few readers of my original post about the Barrow urban heat island effect suggested that wind speed and direction are important in determining the relative temperatures at the Barrow ASOS and CRN stations.  This is undoubtedly true based on the Hinkel et al study, but I thought I could follow up with an analysis of the 12 years of overlapping data (Hinkel used only a single winter).  To do this, I calculated a daily mean wind vector from the surface observations in the twice-daily balloon soundings, then categorized the wind by both speed and direction and finally obtained the mean temperature difference between the two stations for each wind category.  (Note that a more accurate daily wind vector could be obtained from the hourly ASOS observations; the balloon soundings generally go up only at 3 am and 3 pm AKST.)

The results are shown below, for daily maximum and minimum temperatures in high summer (top 2 charts) and two months from deep winter (bottom 2 charts).  The blue, red, and green lines show the mean temperature differences (ASOS minus CRN) for weak (0-10 kt), moderate (10-20 kt), and strong (20+ kt) winds respectively.  I required at least 10 instances in a single category to compute a mean temperature difference, so there are large gaps in the results for higher (less common) wind speeds.  The purple columns indicate the frequency distribution of the wind direction categories; note that the categories are overlapping. 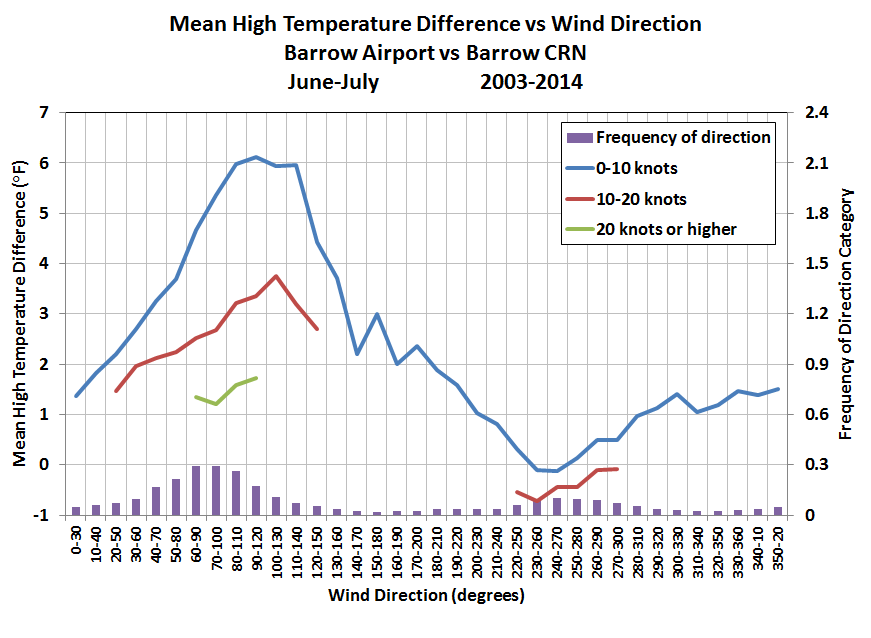 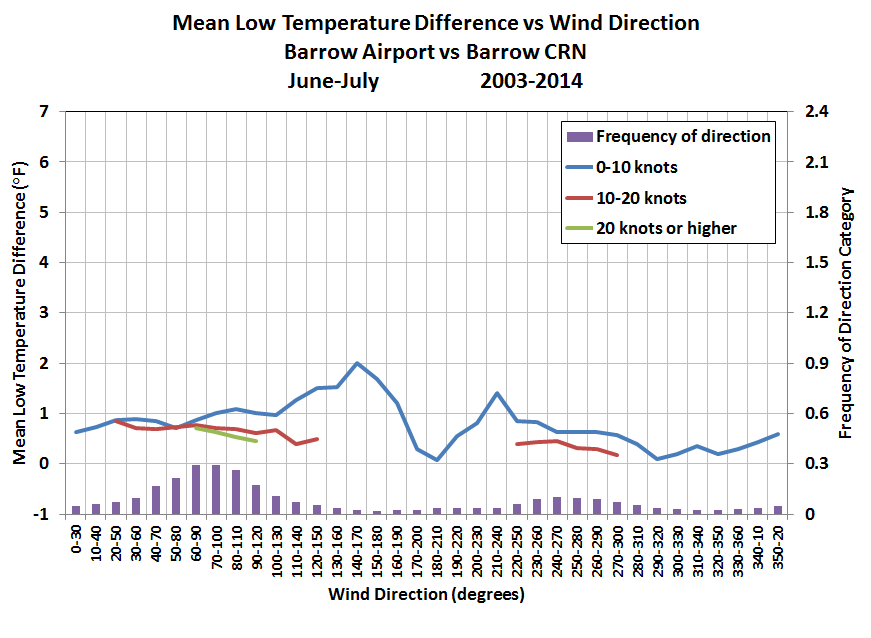 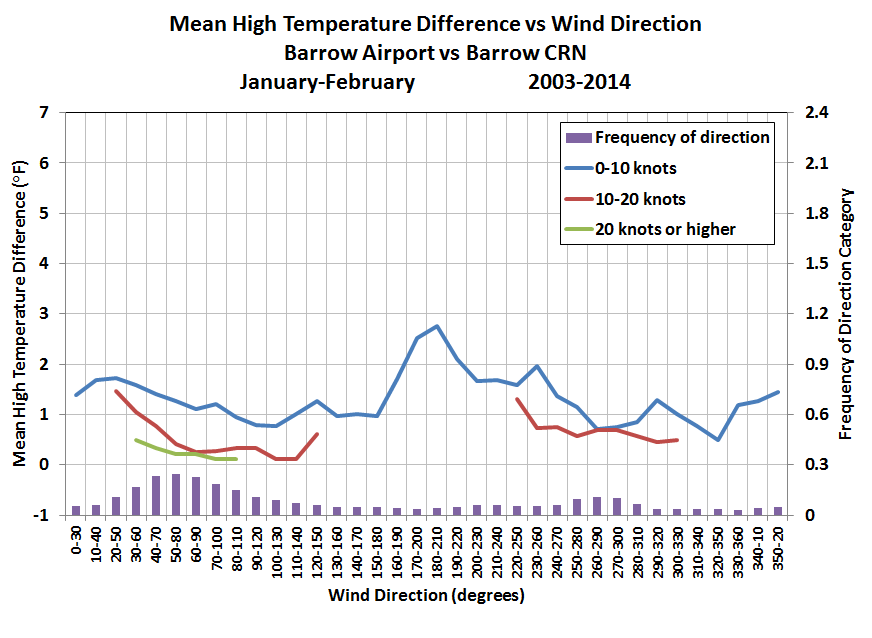 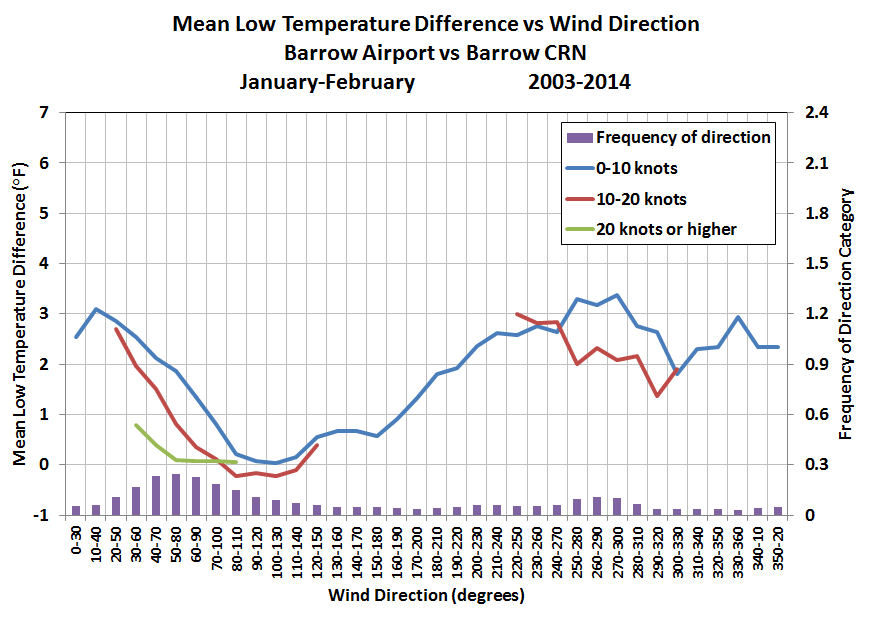 Based on this analysis, the most pronounced temperature differences between the Barrow ASOS and CRN stations are found for maximum temperatures in summer when winds are out of the east or east-southeast; in this scenario the trajectory of air reaching Barrow airport passes over a lot more land than the trajectory of air reaching the CRN station, and so the airport enjoys the benefit of more solar heating.  The difference is greatly lessened, however, when wind speeds increase, as expected.  When winds come from the west, there is little difference in summer temperatures between the two locations, and high temperatures are even a little lower at the airport with a stiff breeze from the west.

The daily minimum temperature differences for winter show a pattern that is nearly opposite to the high temperatures in summer, with temperature differences minimized for east or east-southeast flow, but with the airport staying a few degrees warmer when there is a light breeze from the west.  The maritime influence is greatly lessened in winter owing to sea ice cover, but it still plays a role in elevating the CRN temperatures when the trajectory is from the east or east-southeast.  Another way of looking at this is that we would normally expect Barrow temperatures to be noticeably higher in winter owing to the heat island effect, but when the flow is from the east or southeast, the air reaching the airport passes over more land and has time for radiative cooling, which brings the airport temperature down relative to the CRN location.

I'm sure there are several more interesting features of the data that could be discussed, but I'll leave it to readers to point these out and suggest hypotheses about their origin.

Update: reader Eric suggested using polar graphs to show the data; this is a great idea and I was able to get close to a true polar graph using the radar chart function in Excel.  See below, along with the station location map for ease of reference. 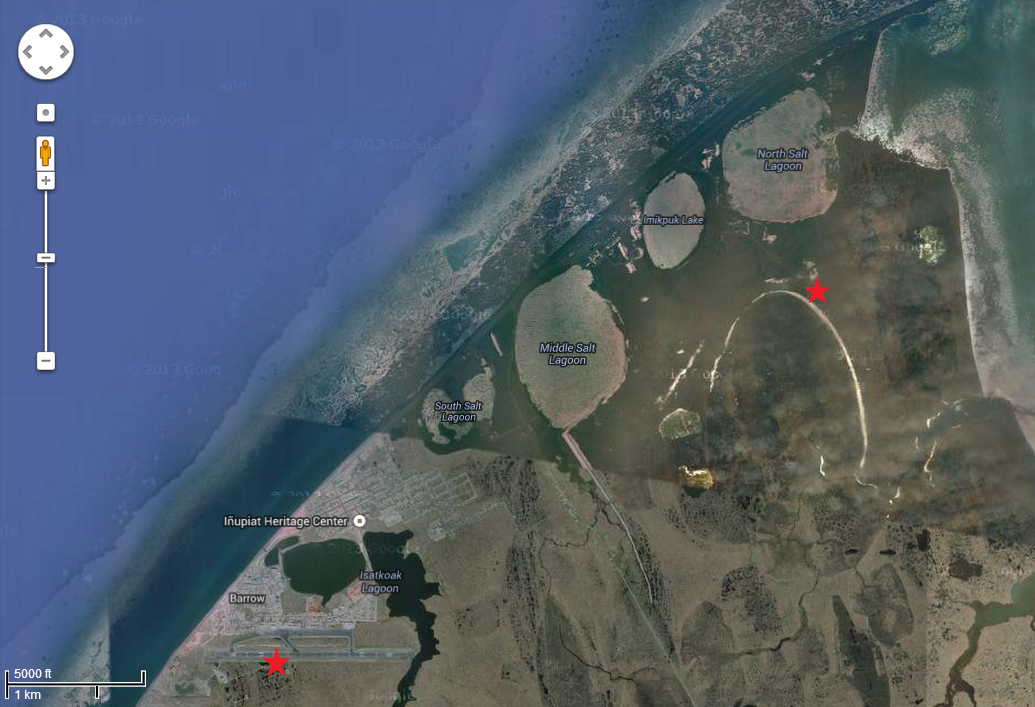 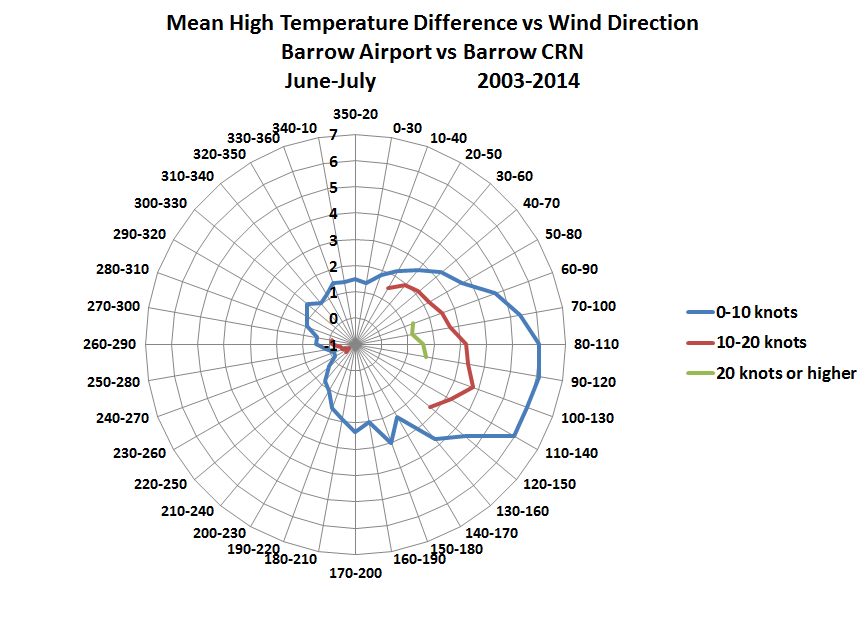 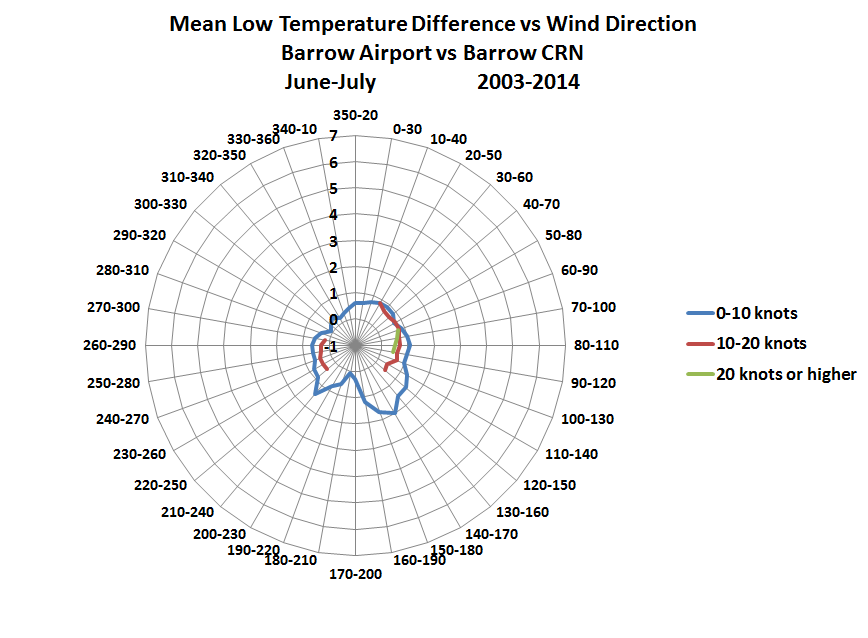 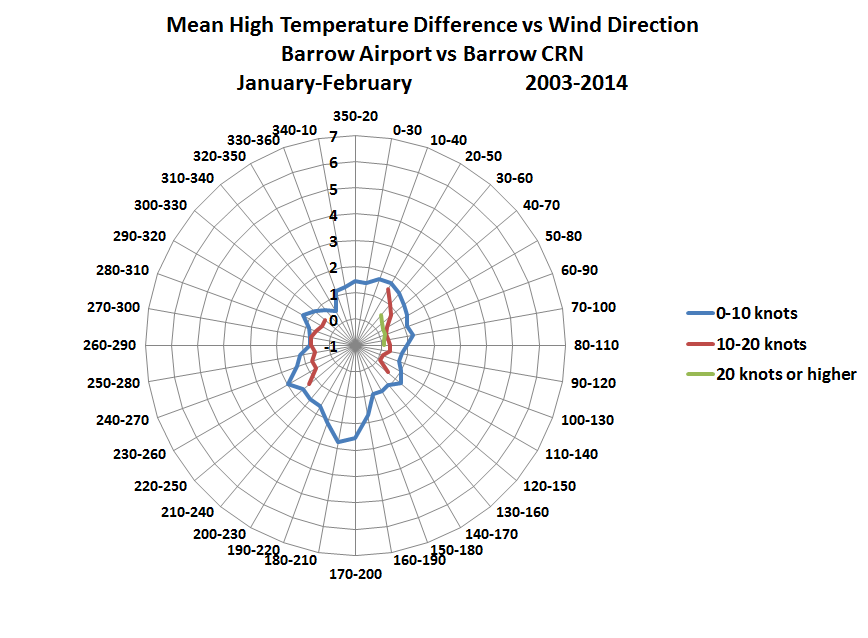 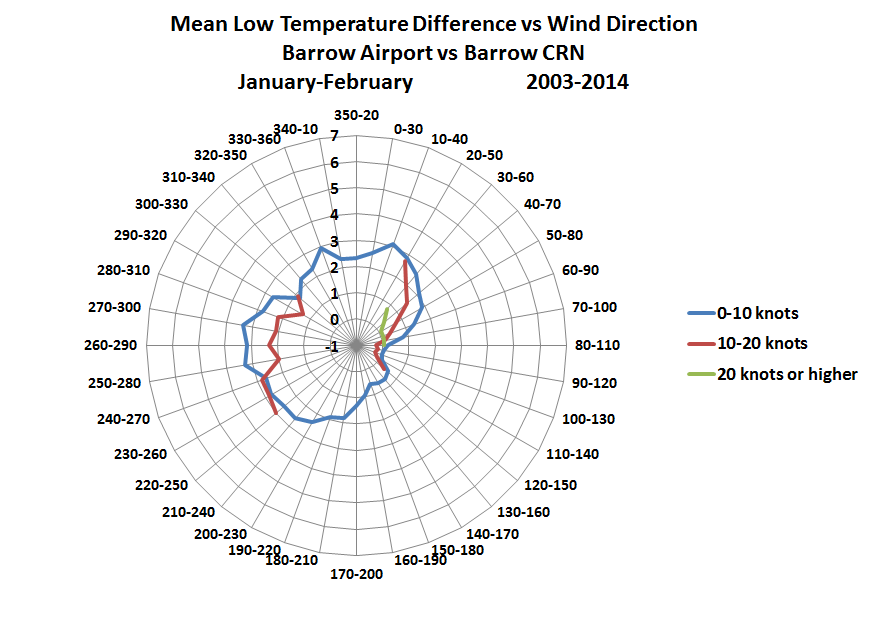