Kotzebue has been enjoying an extraordinary spell of warm late summer weather lately, and has broken some longstanding records in the process.  The first half of August was the warmest on record, by more than 1.5 °F, based on complete data since 1949 and patchy data back to 1929 (and some earlier years).  The previous record was exceeded for the daily mean temperature as well as for the August 1-15 average daily maxima and minima separately; the previous record was set in 1968 for all three of these metrics.  The chart below shows the temperature anomaly since June 1; until the recent heatwave developed, the summer was averaging a little cooler than normal. 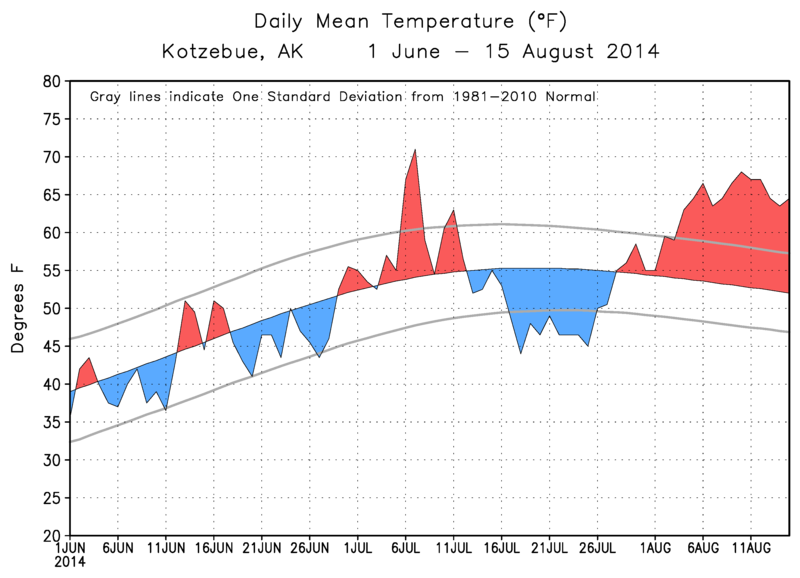 Brian also points out via email and his Facebook page that the two-week period ending today in Kotzebue has had the warmest 14-day average high temperature since 1898 (at any time of year); so the warm spell is just about unprecedented in this respect.

It's interesting to look at the vertical profile of temperature anomalies from the twice-daily Kotzebue balloon soundings this summer, and to compare with the observations from the Barrow soundings about 300 miles to the north-northeast (see charts below).  At Kotzebue, the anomalies aloft have matched up very well with the surface anomalies, and have exceeded +8 °C at times recently.  The upper-air temperatures at Barrow have followed a similar path, with considerable warmth aloft in August, but interestingly the low-level temperatures have continued to track below-normal at Barrow this month.  This illustrates the "de-coupling" of the low-level air from the upper-level air that tends to persist at Barrow owing to the climatological inversion that remains all the way through late August (see discussion here). 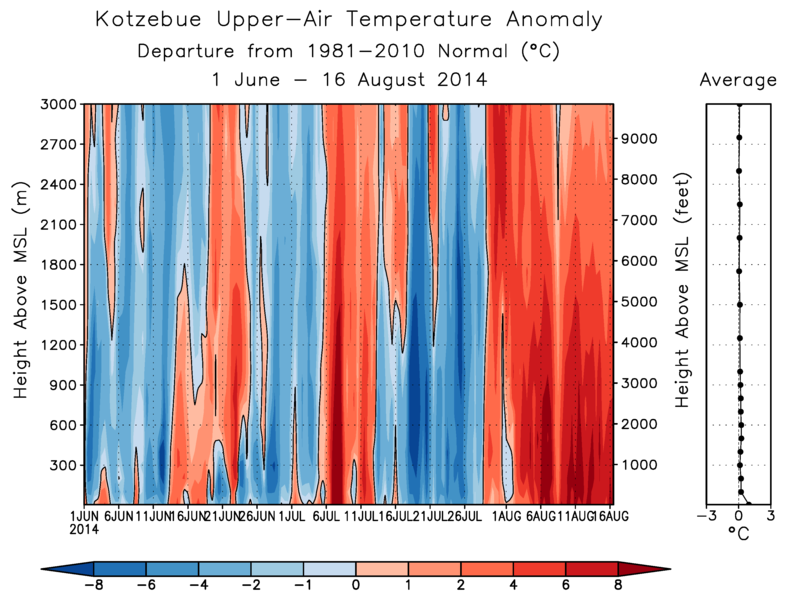 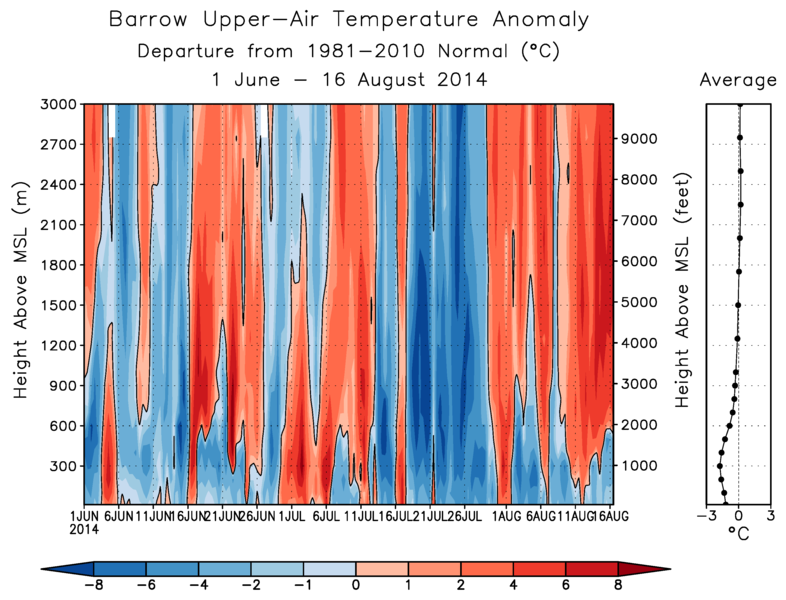 Posted by Richard James at 5:24 PM