A chilly air mass is about to make its way down to the Alaskan interior, and so there's a possibility that we might see the first sub-freezing temperature of the season at Fairbanks airport this weekend.  The National Weather Service shows temperatures no lower than 37 °F at the airport in the next several days, but last night's MOS (Model Output Statistics) forecast showed 30 °F for Sunday morning.  Of course, rural valley locations are much more likely to see a freeze.

A quick look at the upper-air history at Fairbanks reveals that 850 mb temperatures typically have to drop below freezing, and often several degrees below freezing, before a freeze is observed at Fairbanks airport.  The chart below shows the lowest 850 mb temperature on the day of the first frost, or in the two days prior to the first frost (to allow for a lag before skies clear out and permit frost).  Note that frost in August (red markers) is usually associated with 850 mb temperatures below -2 °C, and it's not yet clear whether it will get that chilly aloft this weekend (the model temperature forecast is also shown below).

With the calendar still showing August, and with no August frost seen at Fairbanks airport in the past 17 years, I'd say it's probably not going to happen; but with clear skies and light winds expected, it's not out of the question.  By the way, the 1981-2010 median date for first sub-32 temperature is September 11. 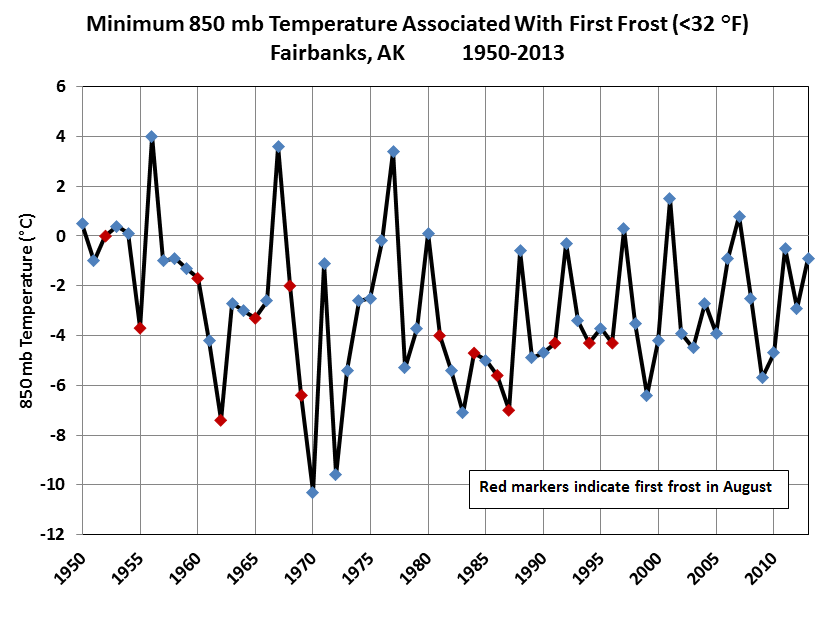 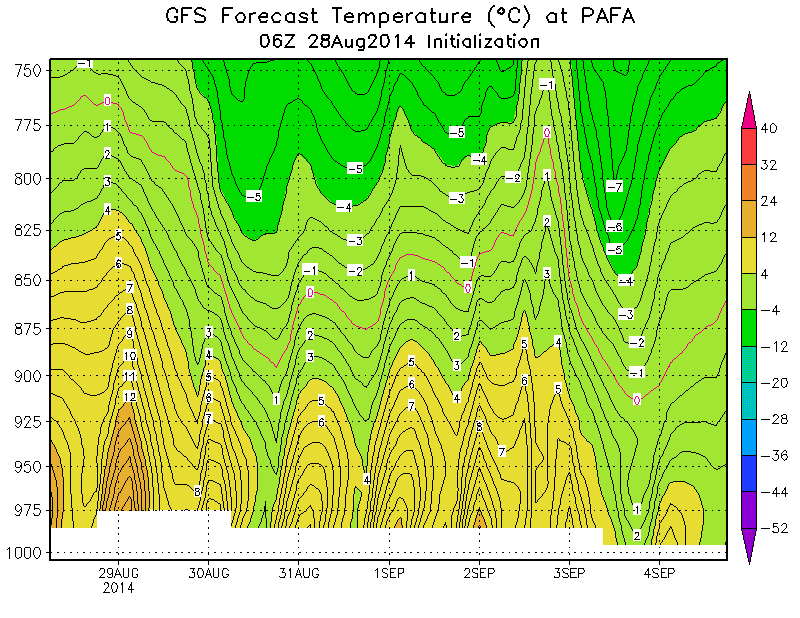 Posted by Richard James at 8:12 AM