Here's a graphical representation of the temperature and precipitation anomalies in the June-July period for 17 first order observing stations around Alaska.  The area of each colored circle is proportional to the anomaly in standard deviations (for temperature) or the 1981-2010 percentile rank (for precipitation).  If the June-July value was near the 1981-2010 normal, then the colored circle is small or non-existent. 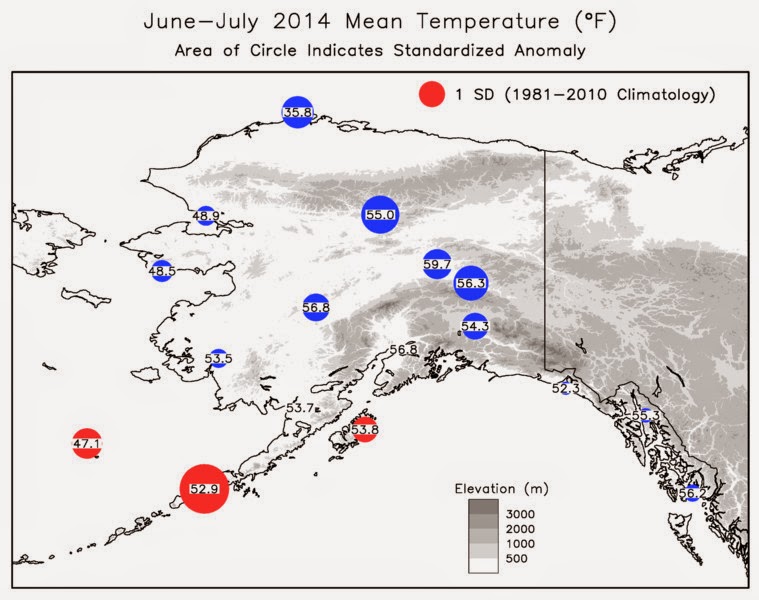 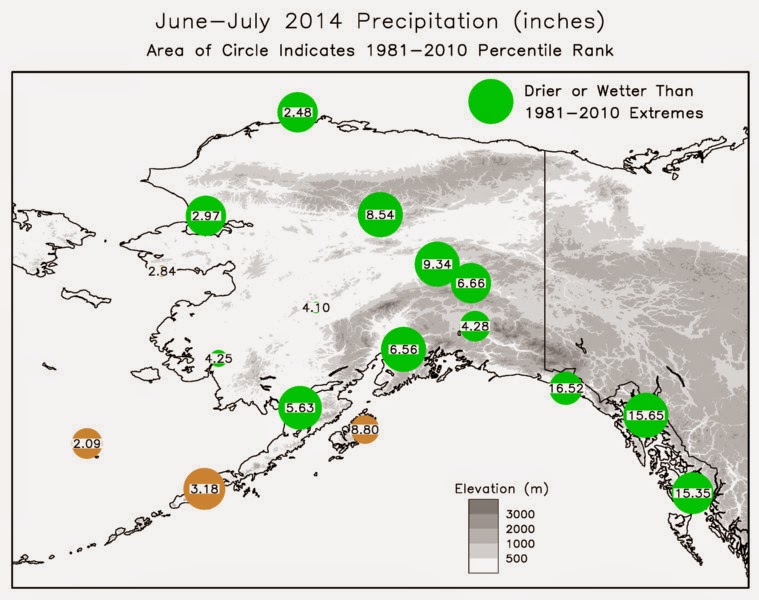 The wide extent of the unusual wetness is remarkable; it was the wettest June-July period on record in Bettles, Fairbanks, and Juneau; and Anchorage was only slightly behind its record.  Barrow continues to see much-above normal precipitation, as it has done for many months.

The only dry area in Alaska this summer has been the southwest, which has also been very warm relative to normal.  The magnitude of the unusual warmth at Cold Bay is very exceptional; July was the warmest calendar month on record there, by some margin (55.8 °F compared to 55.2 °F in August 1998).  July also exceeded the 1981-2010 mean for July by an astonishing 3.8 standard deviations.  The lowest daily maximum temperature for the month was 55 °F, which is very close to the average daily high temperature in July.

The chart below shows the monthly mean temperature anomalies since 2004 at Cold Bay, in terms of standard deviations.  After a fairly lengthy spell of mostly below-normal temperatures from 2006 to 2012, the turn-around has been very dramatic, with 7 of the last 13 months being 2 standard deviations or more above normal.  Sea surface temperatures are now well above normal throughout the North Pacific, which is both cause and effect of the persistently warm weather pattern for a broad area including southwest Alaska. 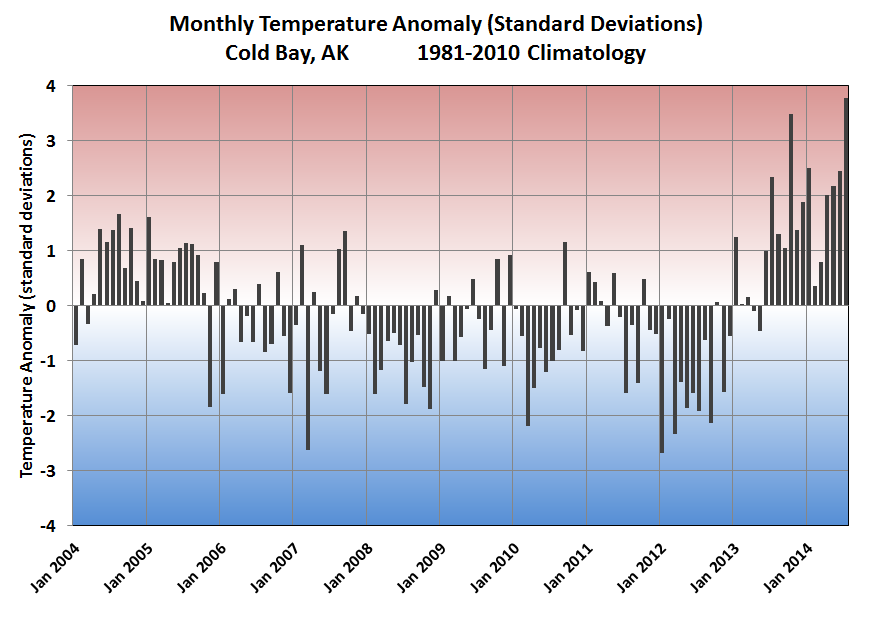 Posted by Richard James at 3:43 AM