AK Temperature Departure This is a follows-up on Richard's Autumn Warming post from a few days ago. Richard's main focus was the relationship between warming in October and how far from the Arctic Ocean its effects are felt due to a decline in sea ice coverage. However, seeing the autumn charts made me wonder what the rest of the year looks like. Therefore, let's see how the departures look for all 365 days of the year.

I replicated Richard's technique of averaging the departure from normal for a 10-year period (I used 2004-2013) for each station in Alaska. Only stations with at least 80% coverage during the 10 years were used. Stations also had to have 1981-2010 normal daily temperature values published by NCDC. In addition, I smoothed the daily data for each station using a 15-day moving average just as Richard did. Without smoothing, the data really jump around a lot. Figure 1 shows the smoothed (red) versus unsmoothed (blue) 10-year daily temperature departure for Fairbanks. 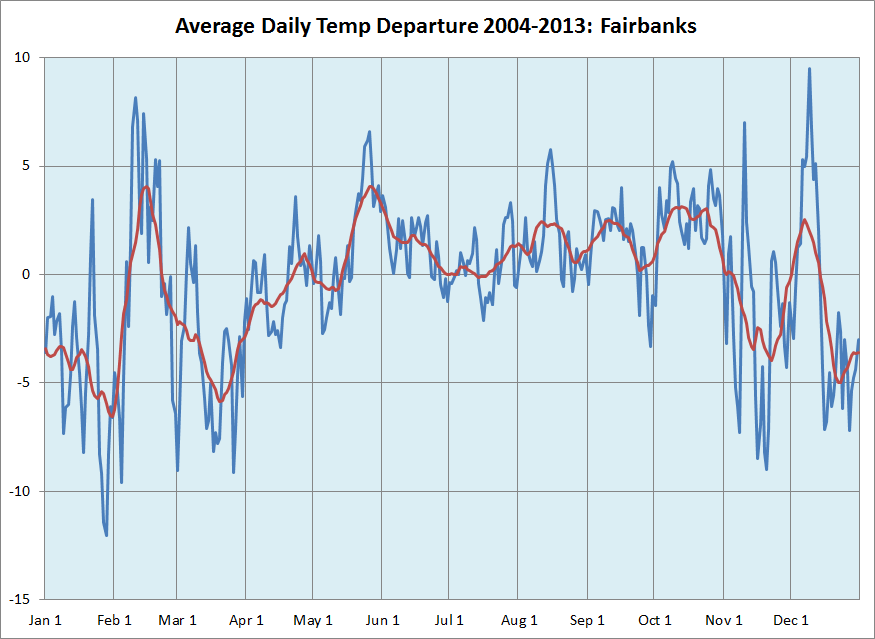 Figure 1. Average daily temperature departure from the 1981-2010 normal at the Fairbanks International Airport during the 2004-2013 time period. The blue lines are the raw daily averages and the blue line represents a 15-day smoothing of the raw data.

Using the example from Figure 1, we can repeat the procedure for all other stations in Alaska with sufficient data. Figure 2 shows the result of all 112 stations in Alaska that had at least 80% data coverage and published normal values from NCDC. 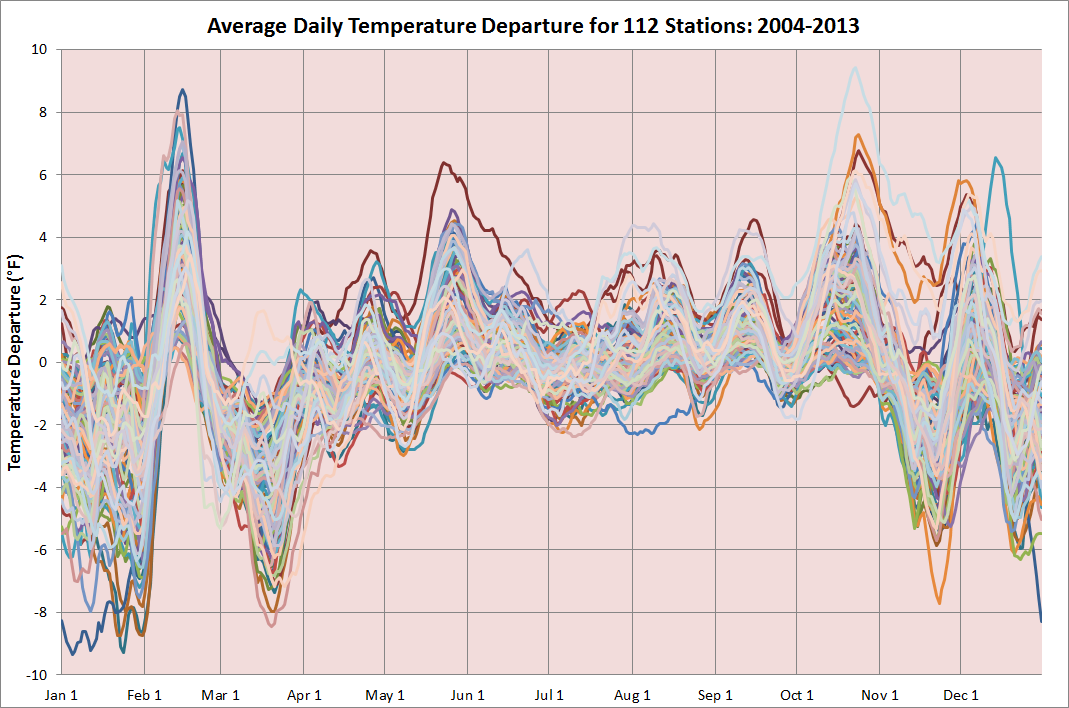 There are several interesting patterns that are clearly shown in Figure 2. First, there is a very high degree of variability during this 10-year period. Surprisingly high in my opinion. Over a course of 10 years I would expect the highs and lows to converge; but that is not the case at all. Second, there is a remarkable consistency to the patterns. Alaska has endured an unusual string of consecutive warm Februarys and Octobers and an unusual string of cold Novembers and Januarys. Anecdotally, I have noticed that during the cold half of the year, major patterns seem to last 30 days and they have quite remarkably coincided with calendar months. In the case of February, it seems to warm up dramatically around the 1st or February every year. Of course it is just a coincidence but it sharpens the peaks and troughs on the charts.

Even though Figure 2 clearly shows that the magnitude and direction of the anomaly vectors across the state are remarkably consistent, I thought it would be interesting to see how the trends vary across different regions. Figure 3 shows the average daily departure for all thirteen climate divisions (Bieniek et al.). Figure 4 shows the boundary of the regions. As with Figure 2, there is a remarkable consistency between climate divisions. The only notable exception is the North Slope region during November. Every other station showed strong negative anomalies during the 10-year period but the North Slope region was above normal. I would argue that if the statewide October anomaly is a result of the relativly ice-free Arctic Ocean, which is a reasonable assumption, that effect only lingers across the North Slope into November and the rest of the state no longer feels the influence of the uncovered water. 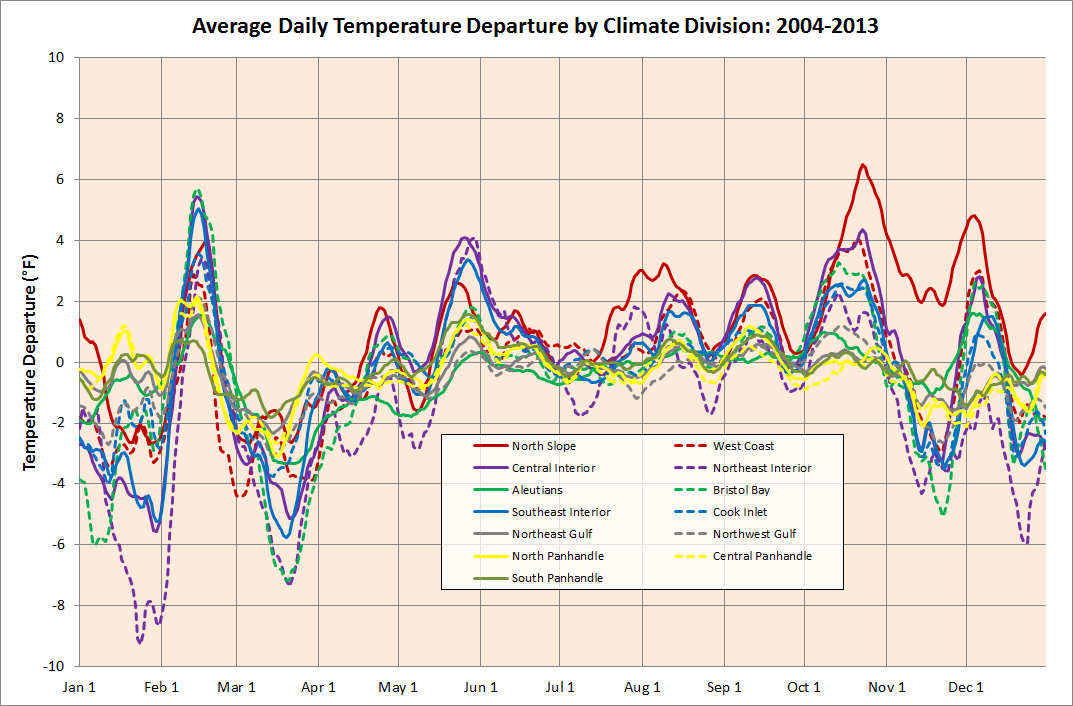 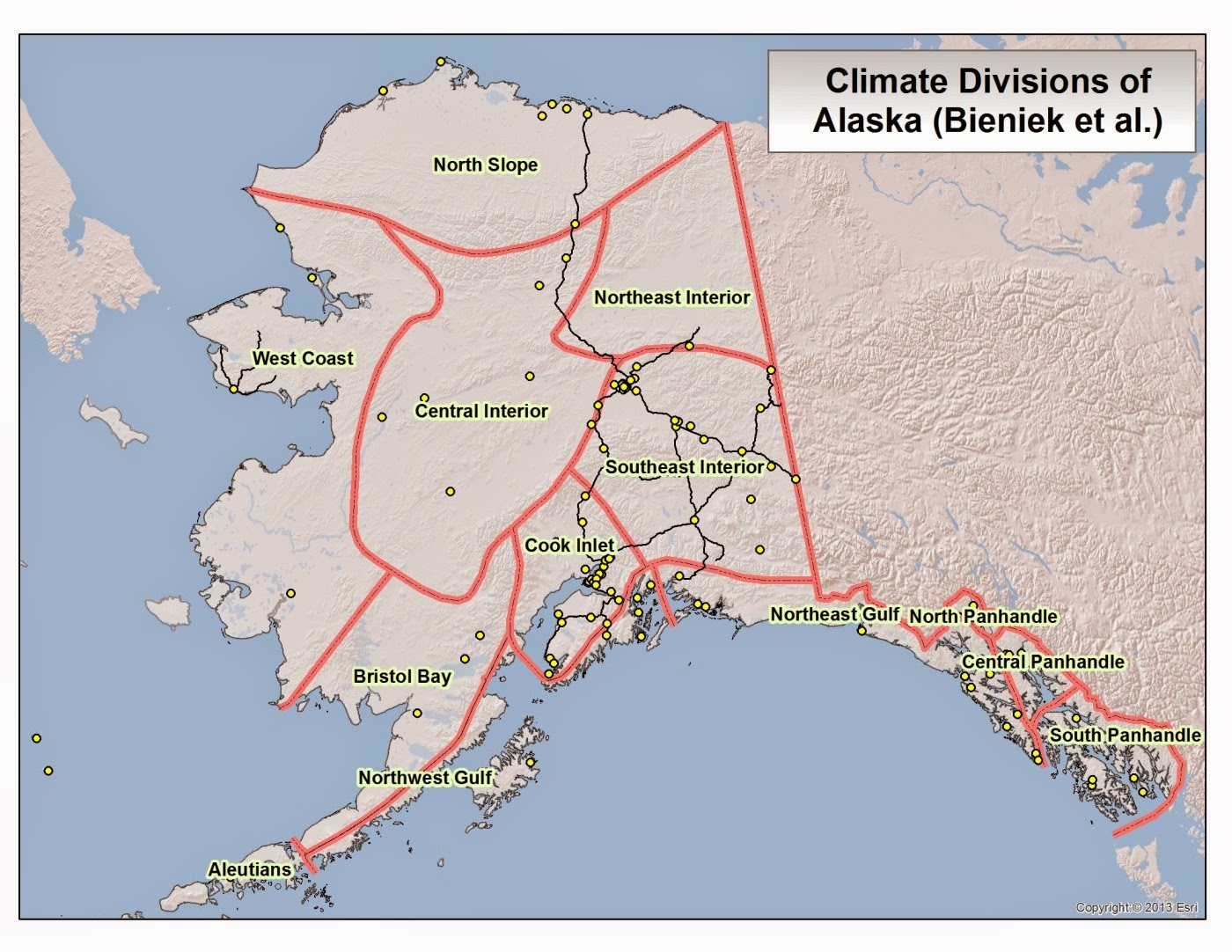 Figure 4. Boundaries of the climate divisions of Alaska (Bieniek et al.). The yellow dots indicate the location of the 112 stations used in the analysis.