It was a chilly morning across interior and northern Alaska this morning, signaling that autumn is now under way.  Some temperatures I noted were:

Many of the higher elevation locations in the hills north of Fairbanks dipped below freezing, so it wasn't just a valley-bottom frost. 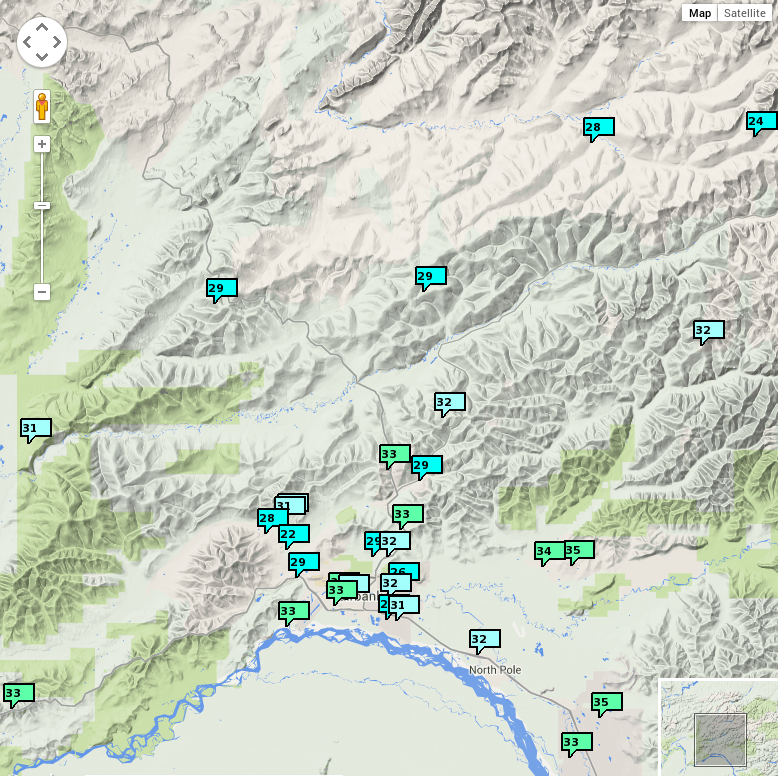