I've spent a bit of time in the past couple of days putting together a simple website for realtime monitoring of Alaska snow conditions.  It's not quite ready for me to provide a link yet, but a screenshot of a map for south-central Alaska illustrates the dire lack of snowpack this spring - see below (click to enlarge).  The map shows today's percent of normal snow water equivalent (SWE) at SNOTEL sites. 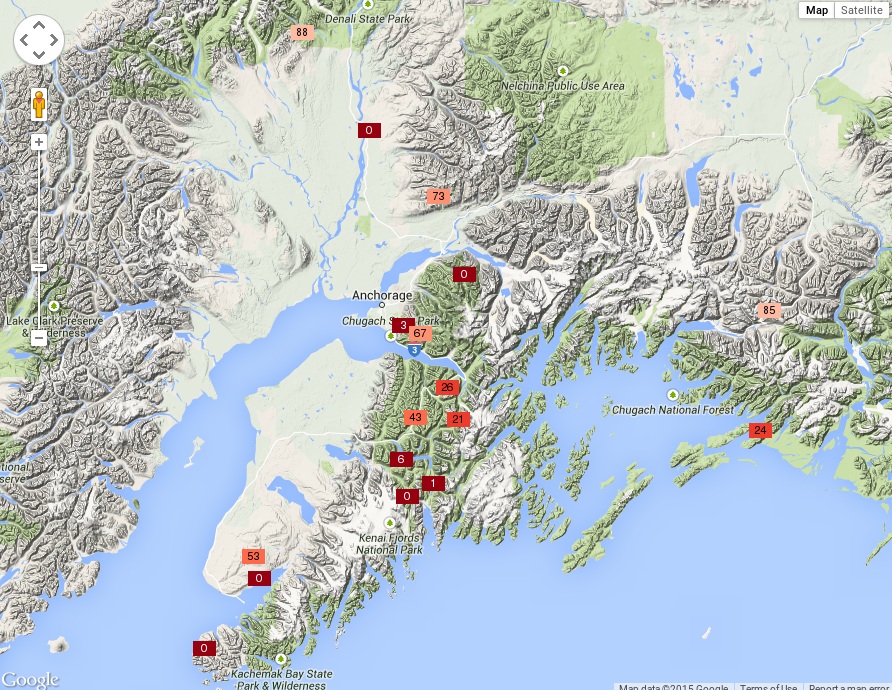 The deficits are very large at most of the sites, for example:

Looking at the Cooper Lake history, the May 1 SWE has varied from 31.1" in 1988 to 0.4" after the very warm winter of 2002-2003.  Several other sites that I examined also had comparable deficits in 2003, so the current situation is not entirely unprecedented (although Anchorage is on track for their least snowy winter on record).

As we noted the other day, there is still plenty of snow on the ground in the hills of the eastern interior, although the substantial snowpack is now becoming confined to elevations above 2000 feet.  (The Chicken COOP observer reported melt-out yesterday.)  SWE is above normal at the Mt Ryan and Monument Creek SNOTEL sites, see below. 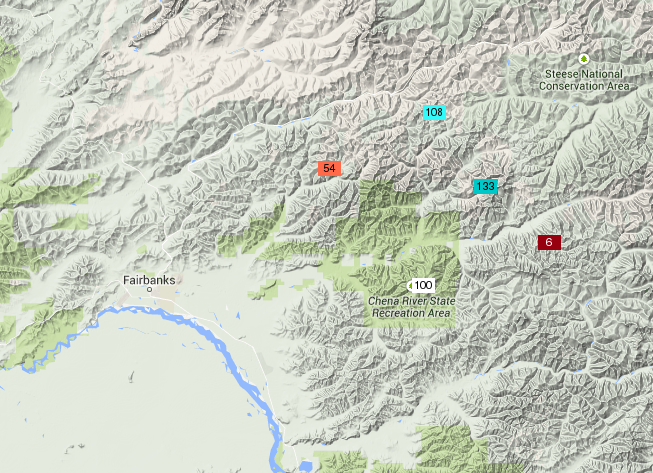 Posted by Richard James at 8:05 AM