A strong east-west temperature gradient is evident across Alaska today, with a temperature difference of more than 40 °F between the central Interior and the Yukon-Kuskokwim Delta region.  In an interesting setup, cold air has invaded southwestern Alaska from the Bering Sea while eastern Alaska is basking in warmth under the influence of the seemingly semi-permanent ridge over western Canada.  Here are surface observations from the last hour (temperatures in red):

Upper-air maps from a model forecast for 4pm AKDT today are shown below, revealing the cold cyclone aloft over the southwest and the strong gradient of temperatures at 850 mb:

The following map shows pressure and vorticity (a measure of spin) in the middle levels of the atmosphere:

The warmth in the Interior today signals the seasonal trend towards relatively warmer conditions inland, compared to the west coast, as spring draws closer.  In fact, it just so happens that today is the day that Fairbanks becomes warmer than Nome in the climatological normals.  The chart below shows the annual cycle of daily normal temperatures at these two locations which have almost identical annual mean temperature. 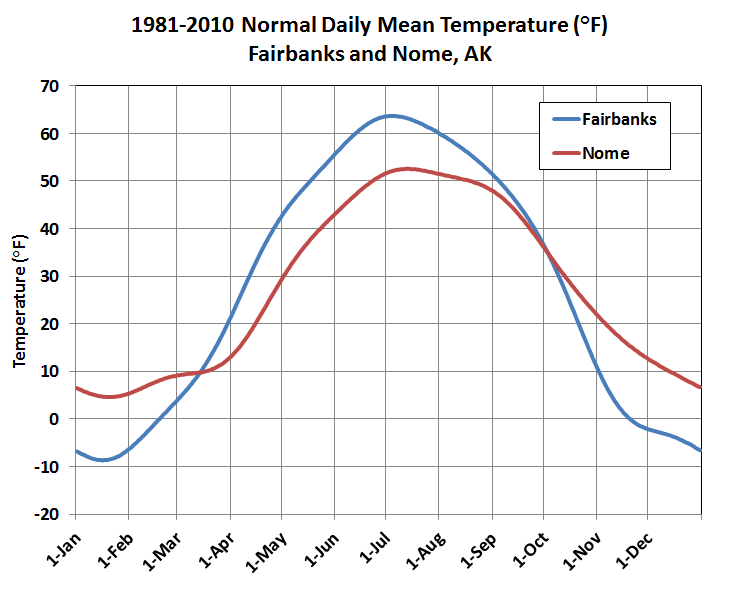