*** Update on April 2, 2014: Rick has uncovered a note from the observer on the original microfiche that states the temperature observations are 17°F too low (cold). Between 5 and 5 p.m. on 2/18/55, the temperature was corrected by the observer and appear reasonable afterward. I have placed a before and after chart at the end of the blog post. ***

Last week we had a blog post that discussed wind chills and even wind chill records. At one point in the post there was a reference to a possible -106°F wind chill. After doing a little digging around, it appears that the -106°F wind chill is not credible. Specifically, I am talking about the Umiat station and the year was 1955. As many readers know, Umiat is probably the coldest station in Alaska with respect to winter temperatures. However, the data listed for Umiat in 1955 stretches credulity. In the GHCN database, there are two entries for Umiat, 1) Umiat (USW00026508), and 2) Umiat AFS (USW00026537). Unfortunately, the station history is quite a bit more complicated that just two station entries and other people are better equipped to discuss those differences.

The data for Umiat AFS only runs from 1953 to 1955 (it stops after Feb 22, 1955) – there is no overlapping data between the two stations. In Februray 1955, the data for Umiat AFS is exceptionally cold. As a comparison, I pulled all available February data for Barrow, Umiat, and Barter Island. All comparable years with data during that time period for those three locations was charted. There were 20 years in the comparison (1949-1955; 1976-1988). In addition, I plotted the 850 mb temperature from the Barrow upper air sounding during those time periods. 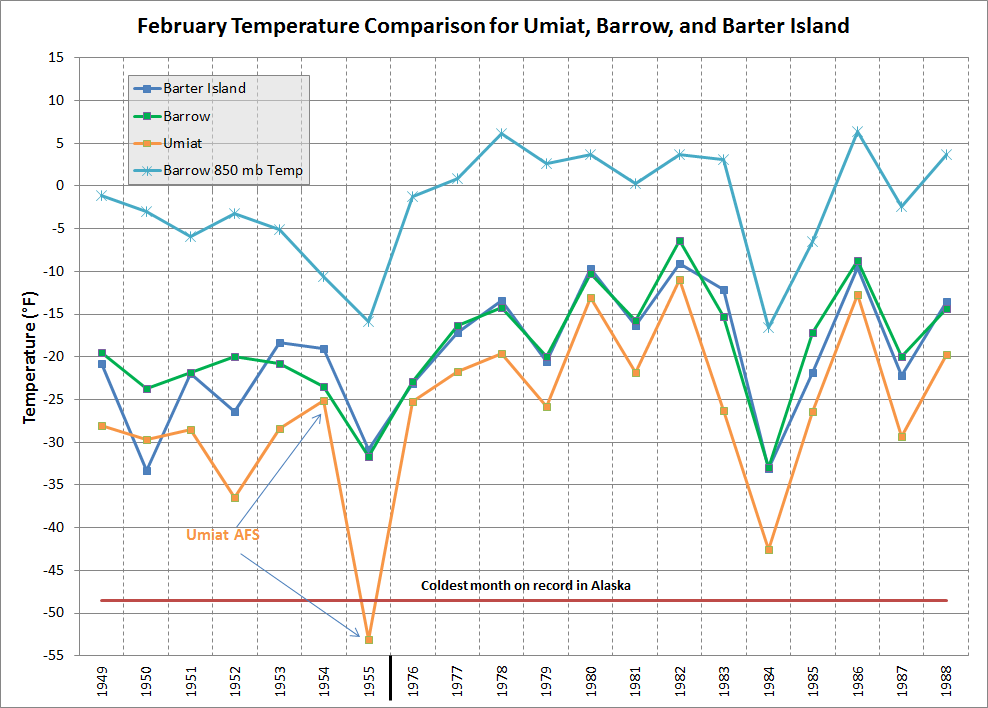 As you can see in Figure 1, the February 1955 data for Umiat is a significant outlier. In most years, the February temperatures are 5°to 8°F colder in Umiat than the other stations. However, in 1955 Umiat (AFS) was over 20°F colder. That discrepancy is far greater (by over 2x) than any other year. A good analog year for temperatures was 1984. In that year, the temperatures at Barrow and Barter Island were about 10°F warmer than Umiat – not 20°F+ like 1955. Again, that is a strong indicator that the 1955 temperatures in Umiat are not reliable. 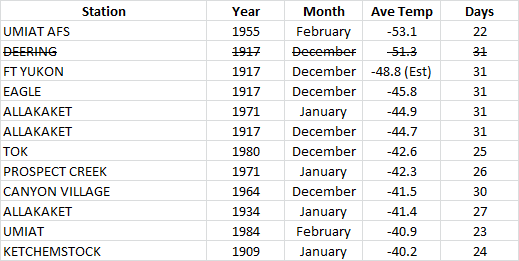 Based on all available information, it appears that the measured temperatures for Umiat AFS in 1955 were approximately 10°F-15°F colder than the actual temperatures. 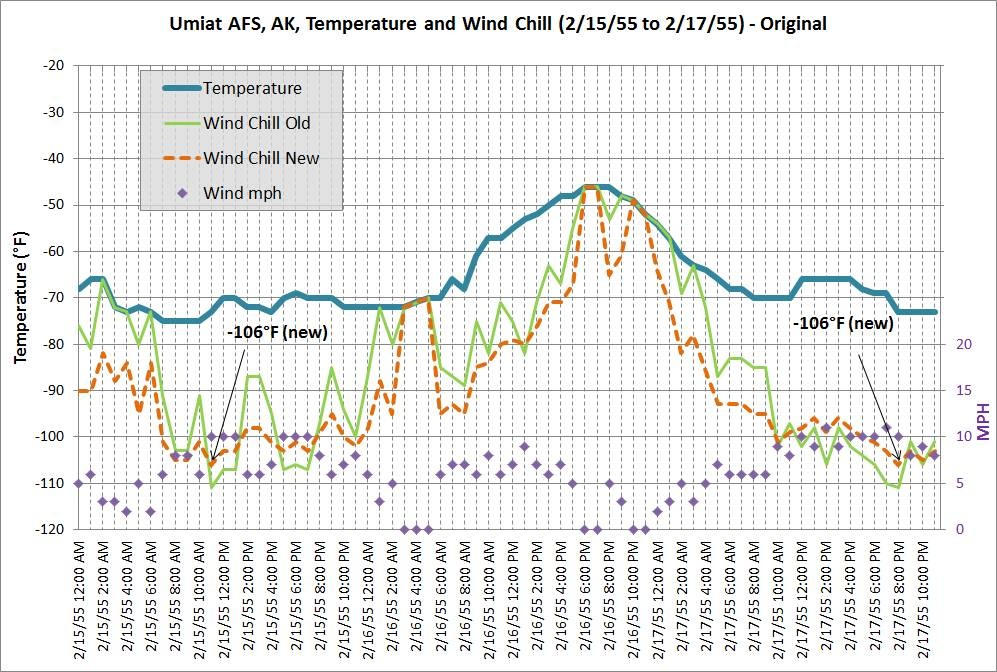 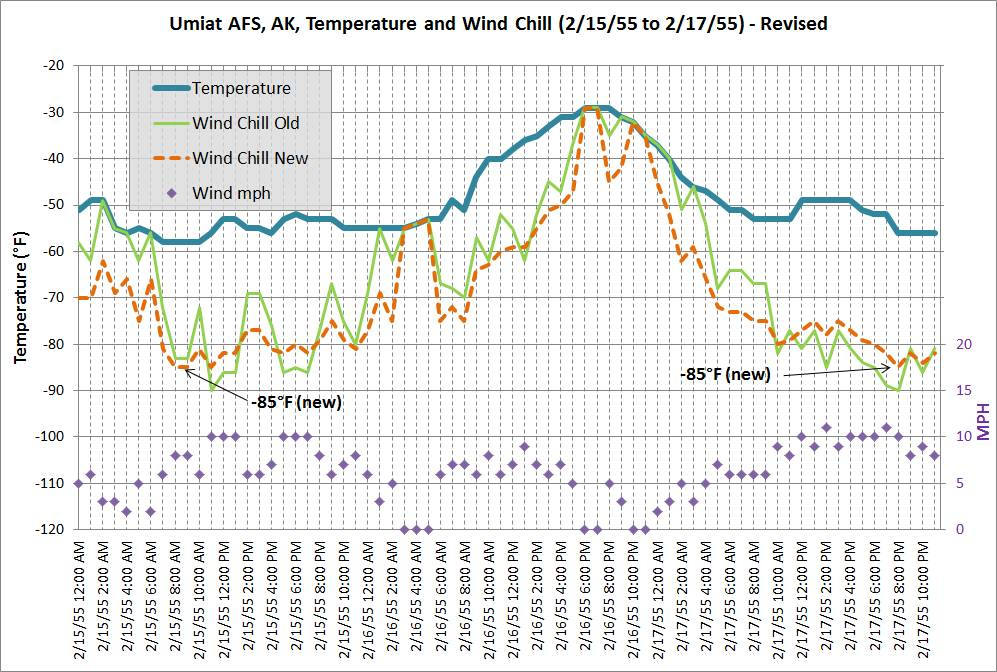