It is not often that anywhere in the Lower 48 has a colder winter than Fairbanks but this year was an exception. Looking at the primary stations across the U.S., 6 stations in northern Minnesota and North Dakota had a colder December through February than Fairbanks (see Fig. 1). This only includes so called 'primary' stations whose GCHN identifier begins with 'USW' (see Fig. 2).

The winter time period in Fairbanks saw an average temperature of -0.3°F. The normal winter value is -4.5°F. The 5 stations bested Fairbanks have winter normal temperatures in the +5°F +10°F range. While it may seems like stations in Minnesota and North Dakota would be colder than Fairbanks every couple of years, that is not the case. For the stations with the longest periods of record, Park Rapids, Pembia, Hibbing, and International Falls, you have to go back to the winter of 1976-1977 to find a season (with  complete records) that was colder than Fairbanks. That winter, Park Rapids was 0.8°F warmer than Fairbanks, Hibbing was 0.5°F colder, Pembia was likely 1.1°F colder (6 missing days), and International Falls was 3.8°F colder. 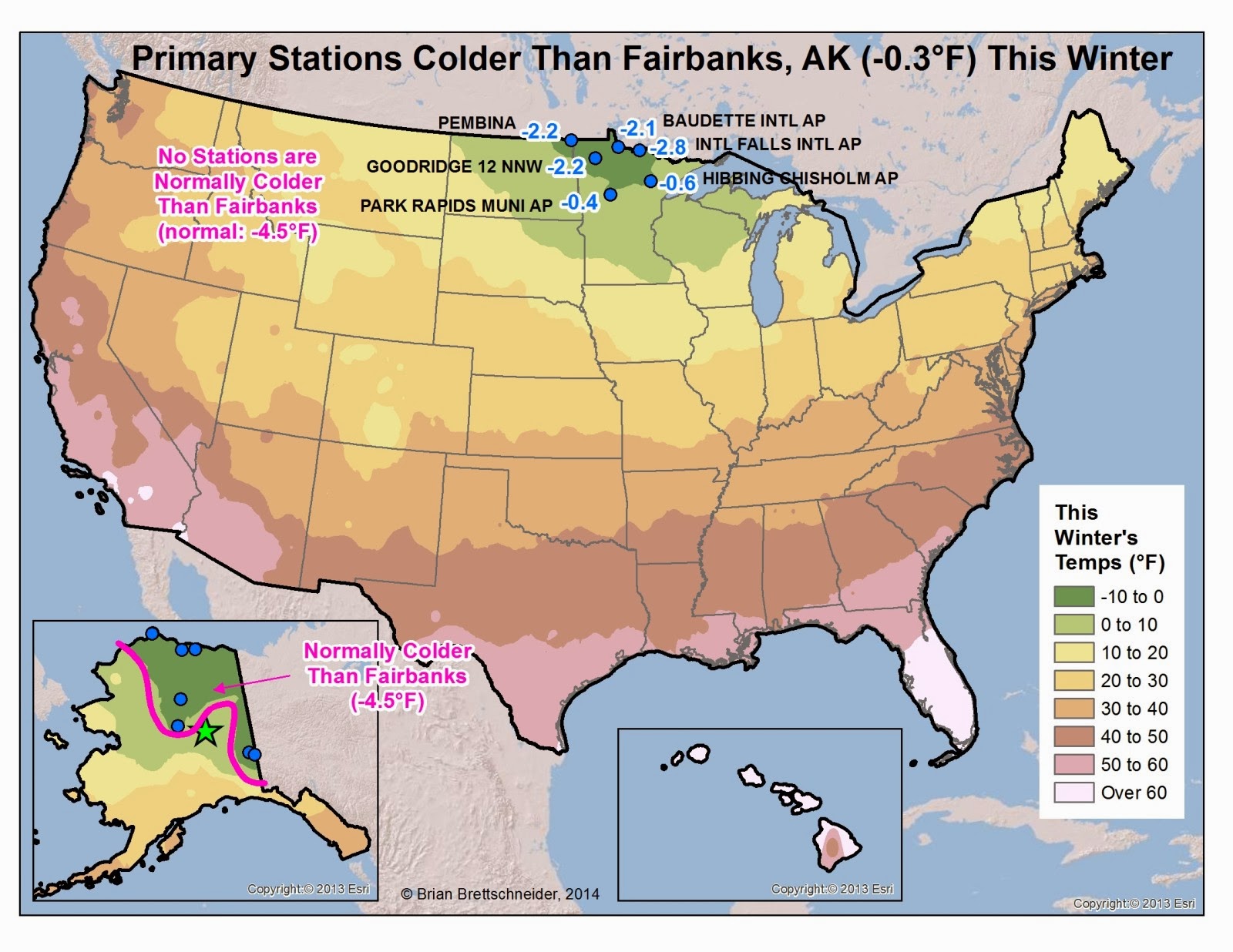 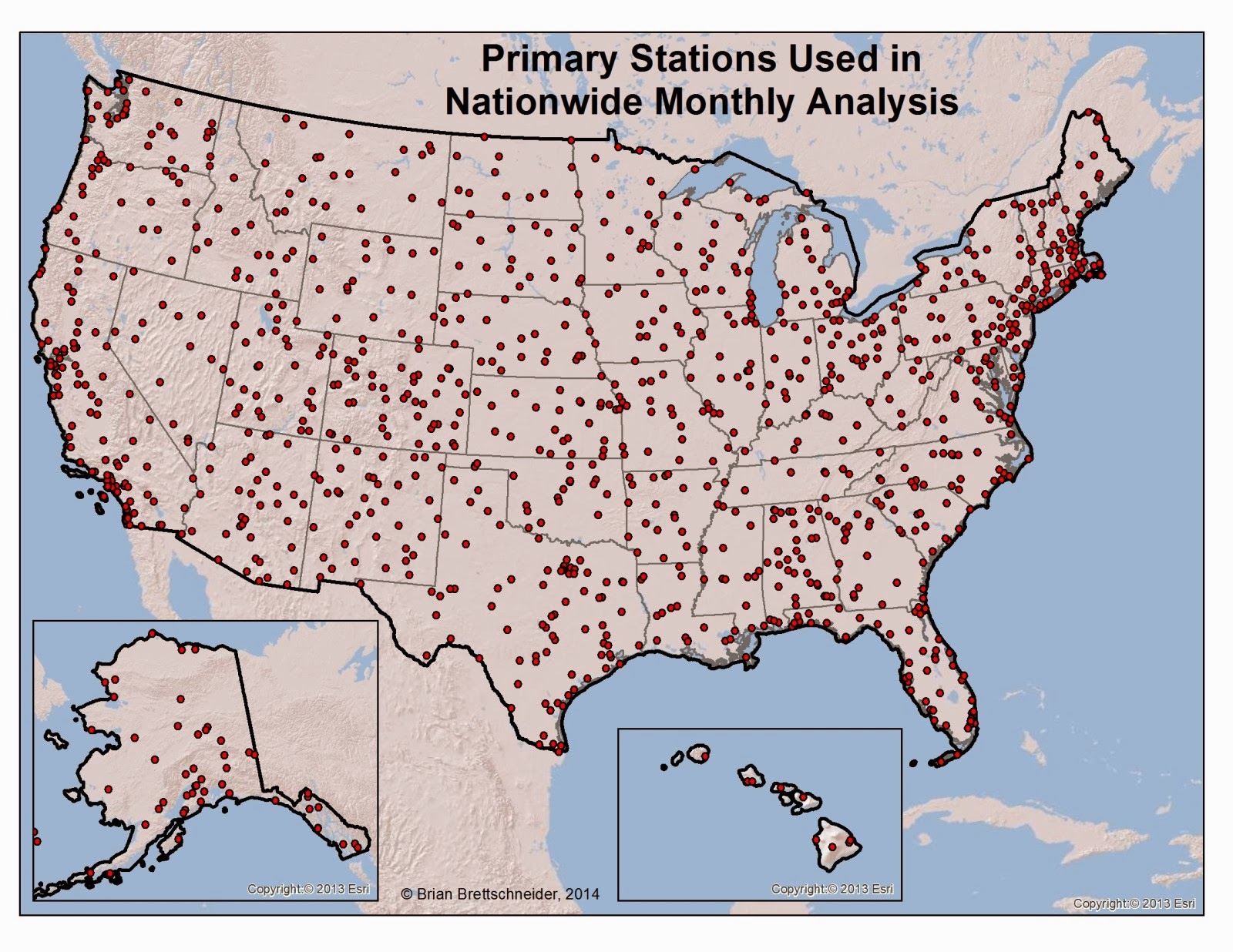 Fig. 3. Portions of Alaska that have a warmer/colder average annual temperature than International Falls, MN. This is based on NCDC 1981-2010 normal temperatures – not measured temperatures.

* Note: Figure 1 was updated on 3/8 after Hibbing reported data for the 8 days that had been missing.