In weather that is quite characteristic of the time of year, valley locations around Fairbanks have seen large diurnal fluctuations in temperature in recent weeks.  Strong solar heating by day and warm temperatures aloft have produced warm afternoons, but clear skies and a 20+" snowpack have allowed for sharp cooling at night.  At the airport, the average difference between the daily high and low temperatures so far in March is 33 °F, which is towards the high end of the historical range for the time of year, but is not a record (March 2011 saw an average diurnal range of 36 °F). 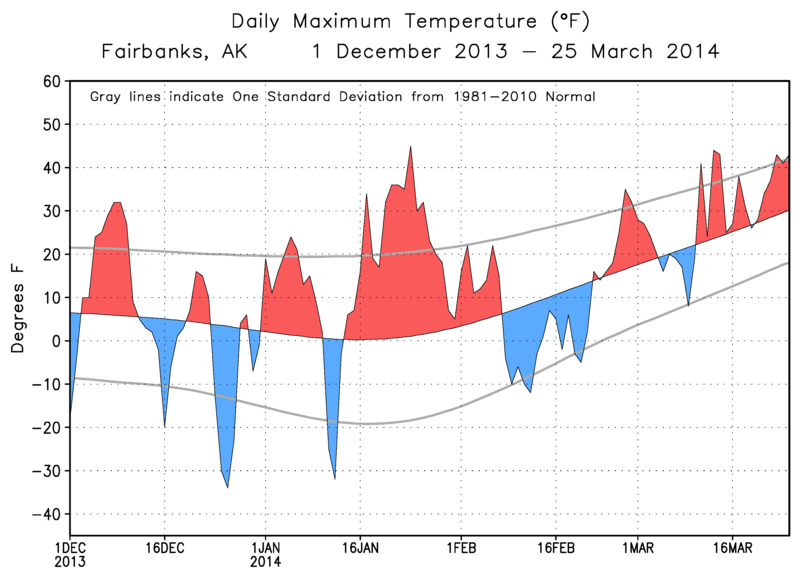 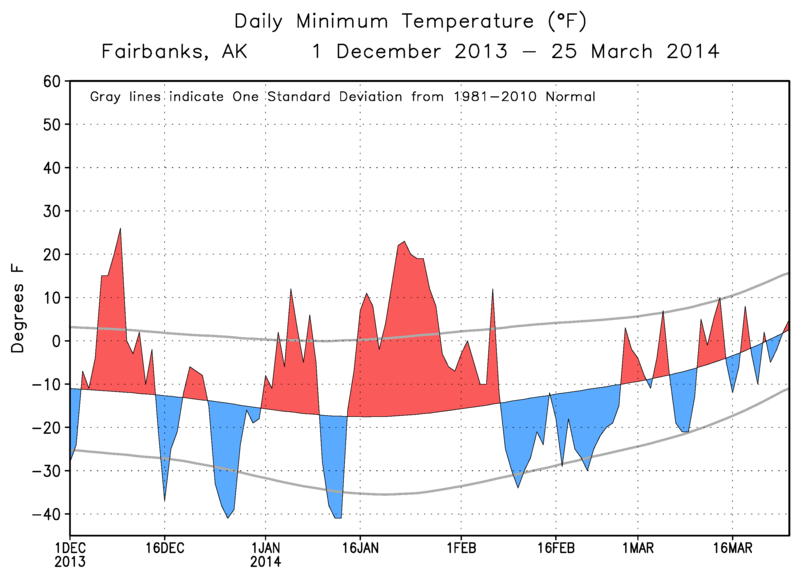 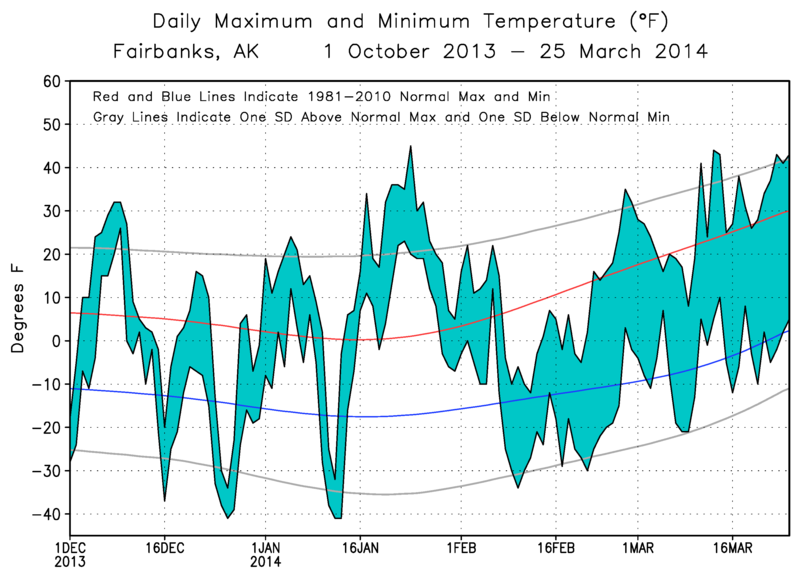