Big problems loom for Fairbanks-area homes and businesses that continue without power into tonight, as temperatures drop off to levels that will produce damage in unheated structures.  As of 1pm, GVEA is reporting more than 6000 customers without electricity; hopefully many of these have robust supplemental heat sources for just such on occasion as this. 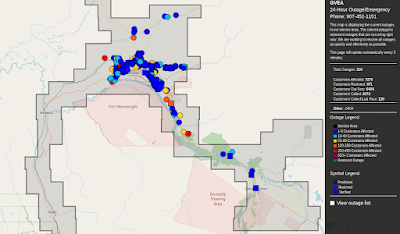 Temperatures are down to around 20°F as the winds have died down under partly clear skies, and the NWS is going for a low temperature of 10°F tonight.  The next round of cloud and snow will prevent a bigger drop for now - the real cold comes later in the week. 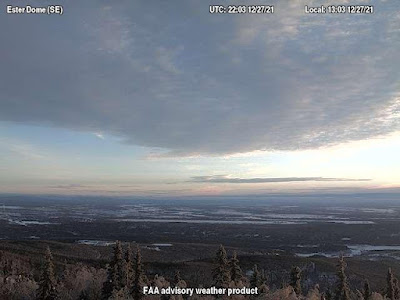 As reader Gary noted, above-freezing temperatures beginning yesterday afternoon did help prevent even greater damage to infrastructure, as accumulated snow and ice was melting quickly by the time winds picked up in the evening.  Wind without a thaw would have been even worse.

Last night's high temperature of 41°F was the first 40+ temperature in winter for over 4 years in Fairbanks, but this was no chinook flow from the south; the wind was more or less westerly through the entire depth of the troposphere: 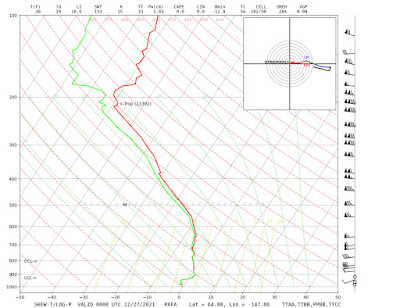 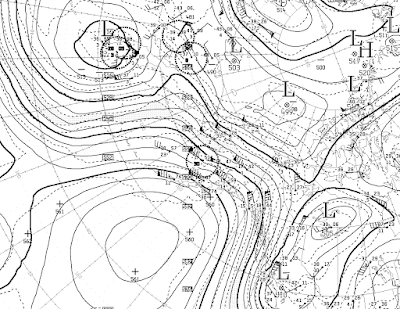 Posted by Richard James at 1:27 PM