Here is a chart showing the past climate of Fairbanks on Christmas Day. This is similar to the chart I posted on Thanksgiving except the daily snow depth is now shown instead of the daily snowfall. The Normal Max and Normal Min lines change each decade as the 30-year climate normal period shifts. The snow depth values are Missing between 1921 and 1928 but looking at the daily snowfall observations and the temperatures, those years certainly had a white Christmas. On the other hand, 1934 had a snow depth of 0" on Christmas Day. There was a historic Chinook event mid-month that melted the snow. However, an inch or so of snow fell in the 10 days prior to Christmas so I suspect there was a little snow around town.

The second chart shows some records around the state of Alaska on Christmas Day. Rick pointed out the -60°F max temperature in Deering in 1917 is probably not accurate. Therefore, I included the two second-place readings. The same is true for the snow depth in Annex Creek. Their depth reading moved around substantially during the month more than the daily observations would suggest. 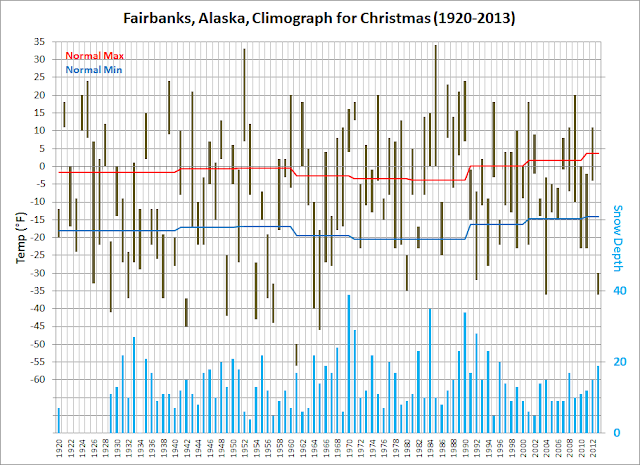 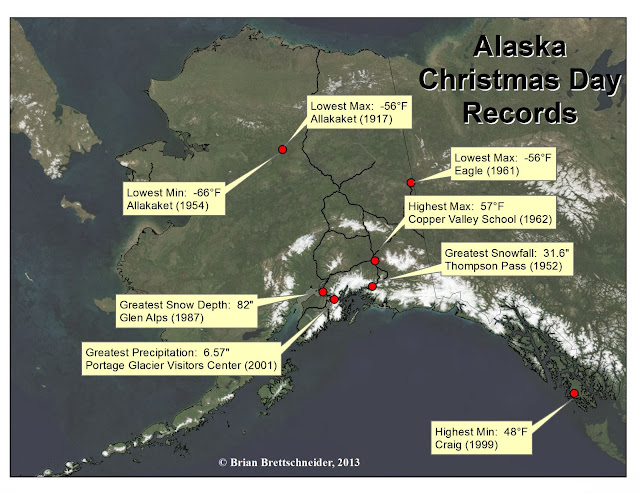