Climatology When Clock Strikes Midnight at the New Year

What should residents of the Golden Heart City wear when out celebrating at midnight New Year's Eve? Well, when looking back at the climate record, I would suggest something between warm and very, very warm. Richard pointed me to the ISH hourly record database a few days ago so I pulled all the observations that were available for Fairbanks and selected the ones for midnight at the New Year. Since 1941, the average temperature at midnight was -9°F. The coldest temperature was a bone chilling -53°F to ring in 1969 and the warmest was just one year later when it was a rather balmy 30°F. Six of the 74 years recorded dense fog at midnight and is was snowing 13 times. On the chart, any amount of cloudiness was identified as 'cloudy'. 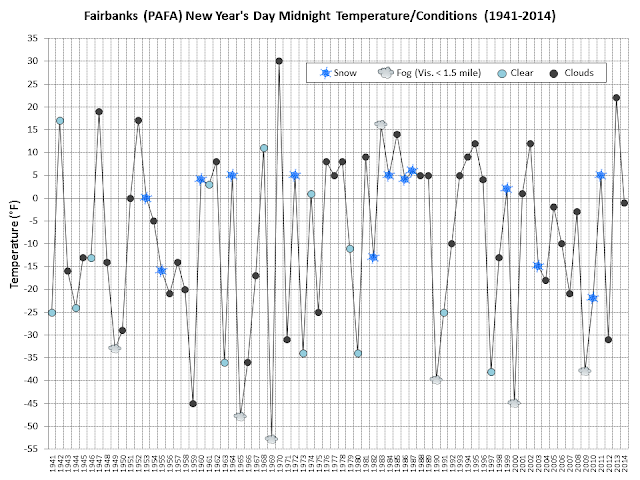