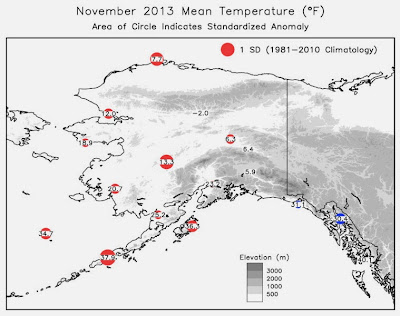 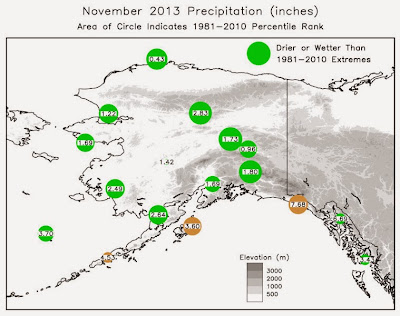 The monthly temperature averages were fairly unremarkable for most of the state, with the largest departure from normal being at Cold Bay (+1.4 SD) and McGrath (+1.1 SD).  Interior Alaska saw much above normal temperatures in the first half of the month, but colder than normal conditions emerged after mid-month.

Precipitation was well above normal over most of western, interior, and northern Alaska; Bettles had their third wettest November of record, Gulkana their fourth wettest, and Fairbanks their fifth wettest.  Barrow experienced yet another month of above-normal precipitation, the ninth in a row; the year-to-date precipitation in Barrow is now the third highest on record.