The maps below show the December climate anomalies for most of the first order observing stations in Alaska; as usual, the area of each circle indicates how unusual the month's conditions were, as measured by the anomaly in standard deviations for temperature and the percentile rank for precipitation (based on the 1981-2010 normals).

It was another warm and wet month in western and southwestern Alaska, and Cold Bay was anything but cold as it experienced its warmest December on record.  The annual average temperature for 2013 was also the warmest on record in Cold Bay.  However, December was colder than normal in the eastern half of the interior and in the southeast.  Fairbanks was relatively warmer and wetter than several other interior locations.

Barrow experienced an extraordinarily wet month again and broke the previous record for December precipitation by over 50%; in fact, December was the wettest calendar month ever observed in Barrow between November and February (inclusive).  Remarkably, three individual days in the month recorded precipitation greater than would normally be expected for the entire month of December.  2013 ended as the third warmest and third wettest year on record for Barrow. 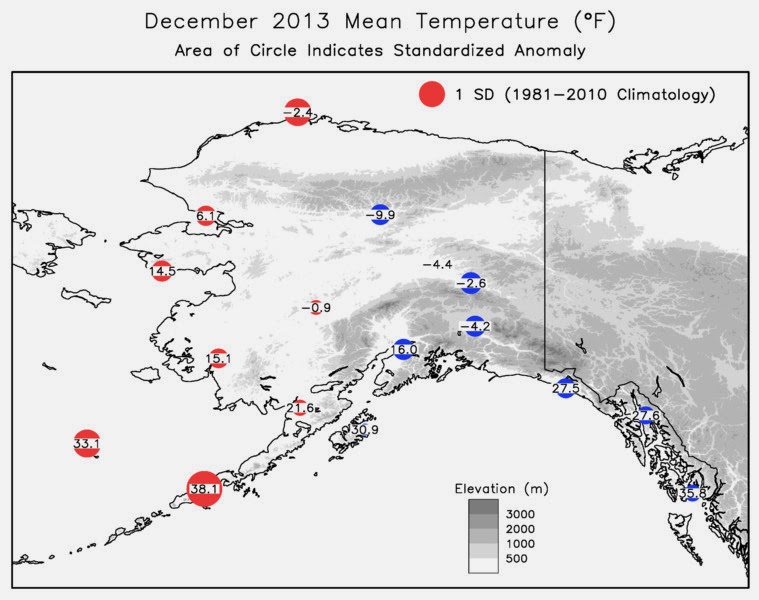 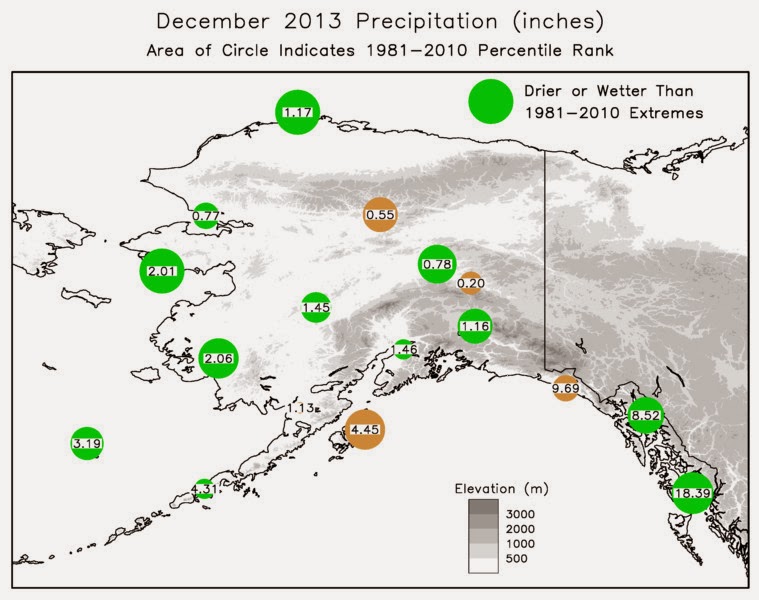