Today is the 5-year anniversary of perhaps the warmest day ever recorded in Alaska during the month of January. On January 16, 2009, the high temperature in Fairbanks was 52°F – a daily and monthly record. In Anchorage, the high temperature of 50°F was the second highest on record for January and the low of 37°F and the daily average temperature of 44°F were the warmest on record for any day in the month of January. Many other stations recorded daily and monthly records. It was the third day in a multi-day Chinook event.

Here in Anchorage the snow depth dropped from 17" down to 5". All of the snow disappeared from the roofs in town and many shingles were blown off. I spent several hours replacing missing shingles in the middle of January! 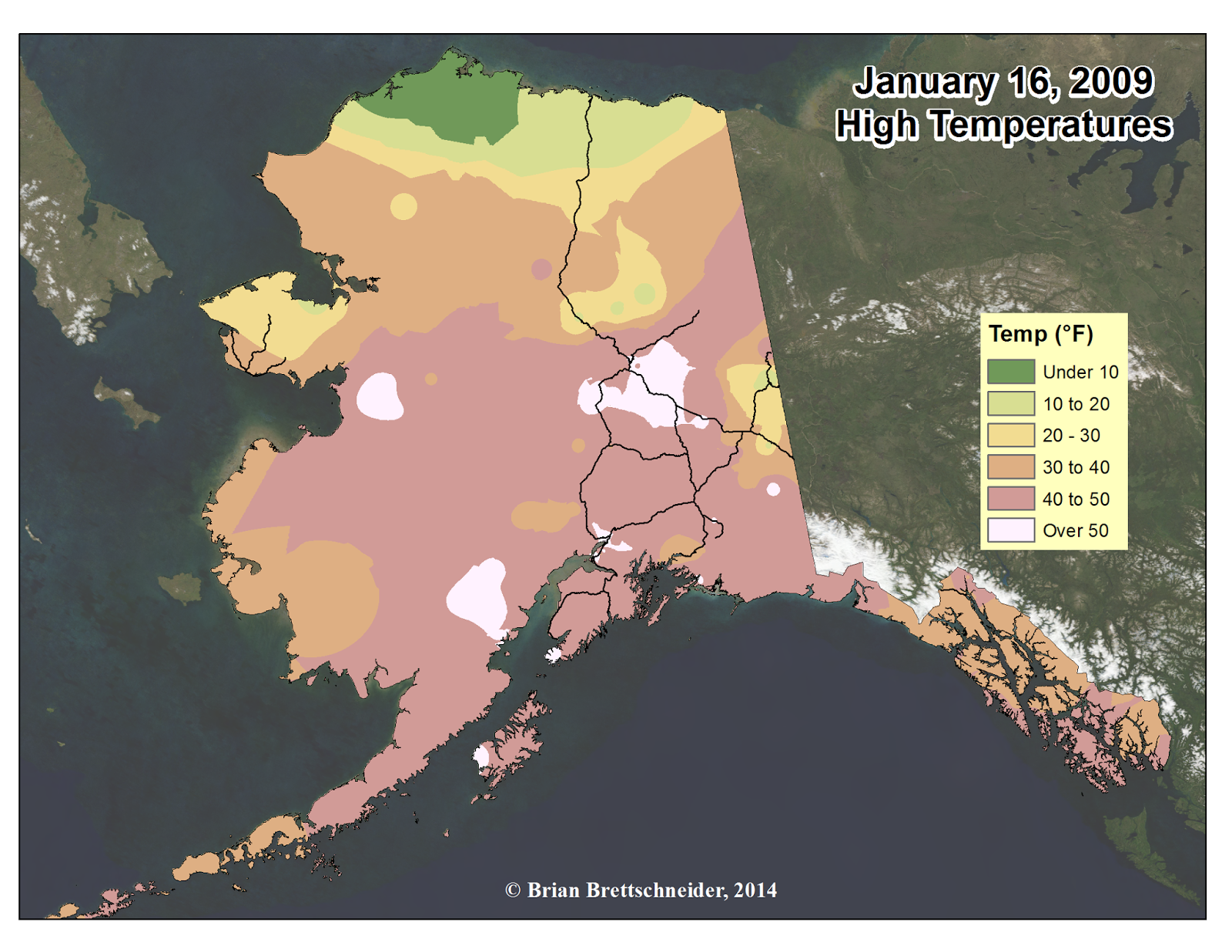 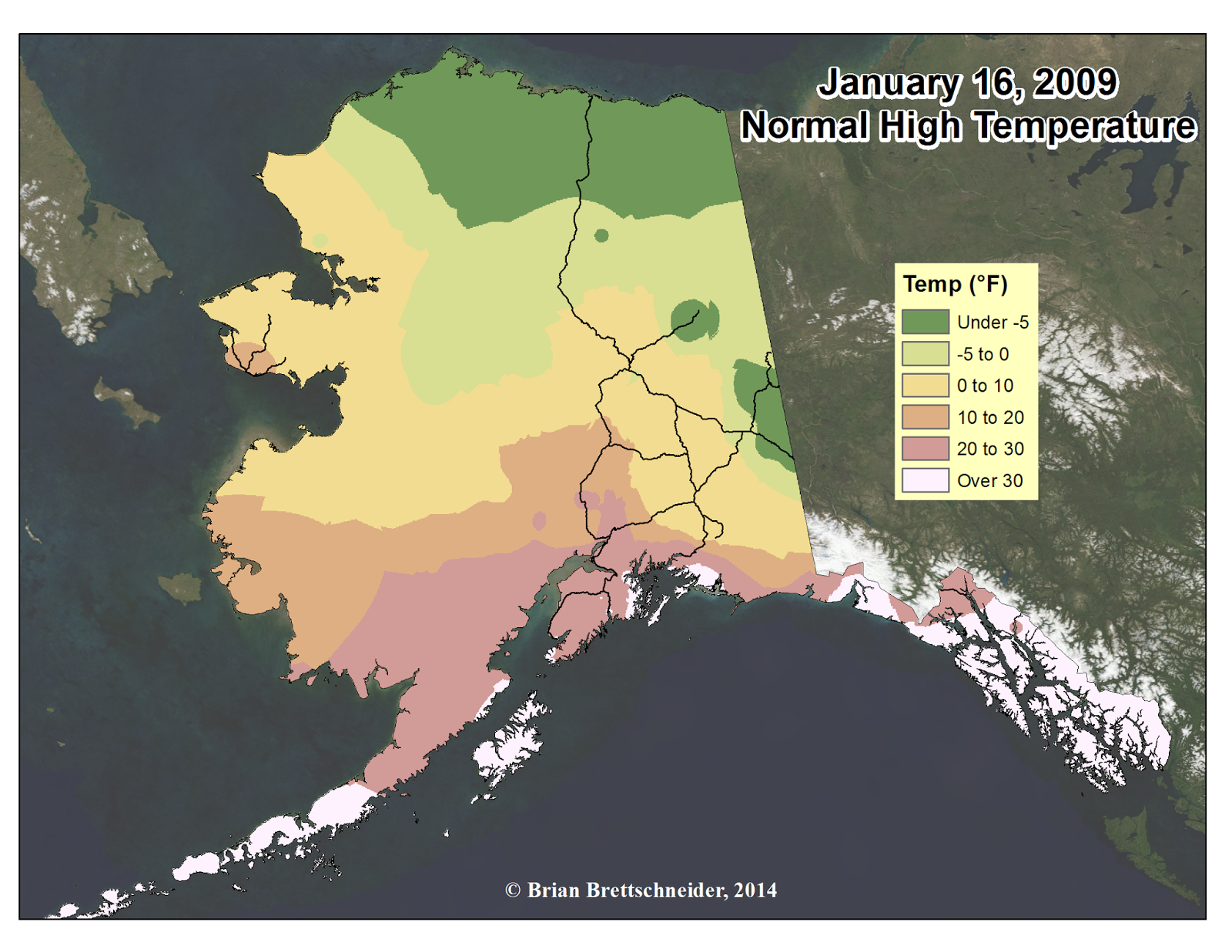 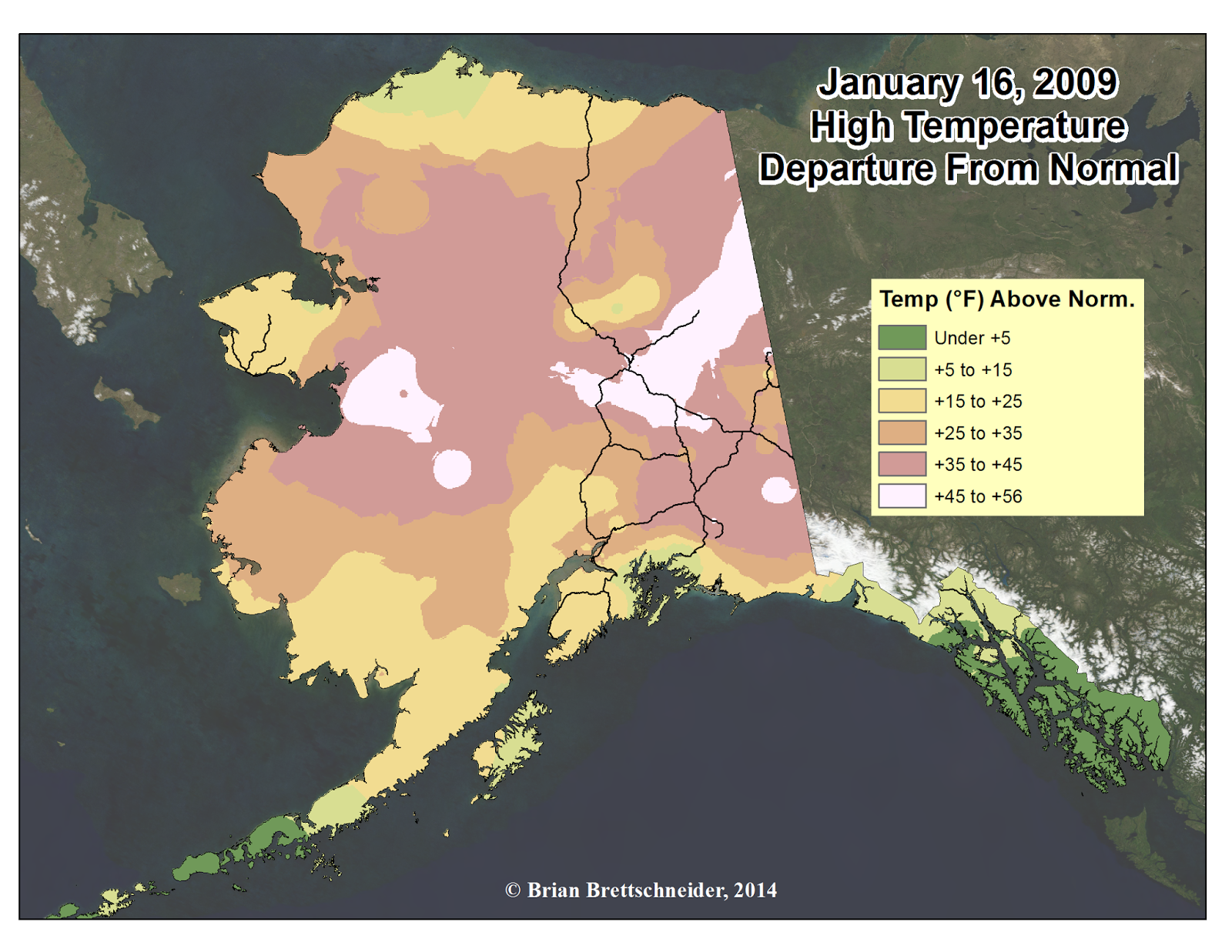