Unseasonably warm air over western Alaska brought rain to Nome yesterday - both the freezing kind and just plain rain.  The temperature reached 36 °F at the surface - not quite a record for the date - and 37 °F was measured a few hundred feet above the surface in the afternoon.

Rain with above-freezing temperatures is obviously unusual at this time of year in Nome, but it has happened many times before in the climate record.  The first chart below shows the number of January days with plain rain reported in the hourly observations since 1936 (red columns); note that there is a big gap in the data from 1947 to 1972.  Also, a number of years have incomplete or missing data in the early years (marked with asterisks).  The blue columns show the frequency of above-freezing temperatures (with or without rain) in the hourly data.  The second chart shows the same information for the December-February period each year. 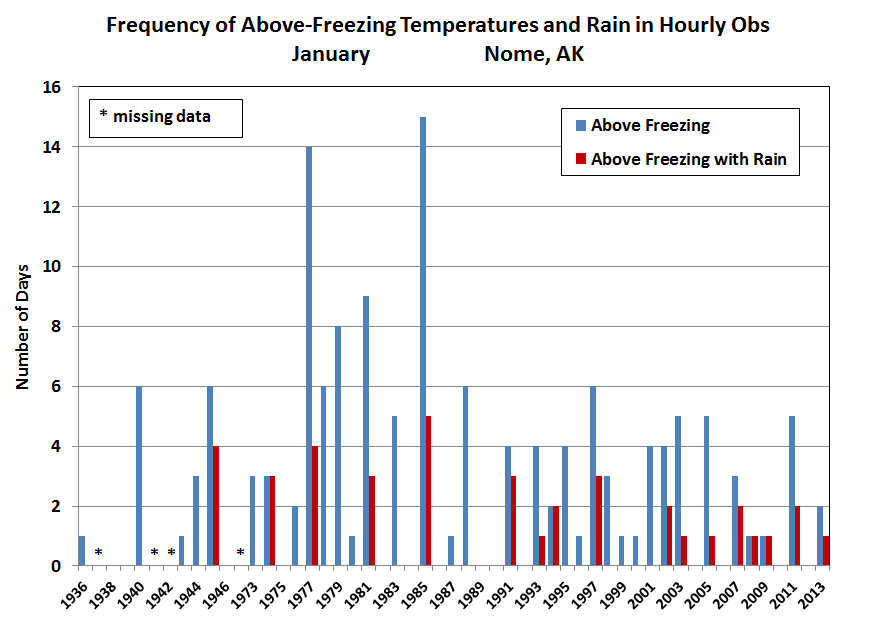 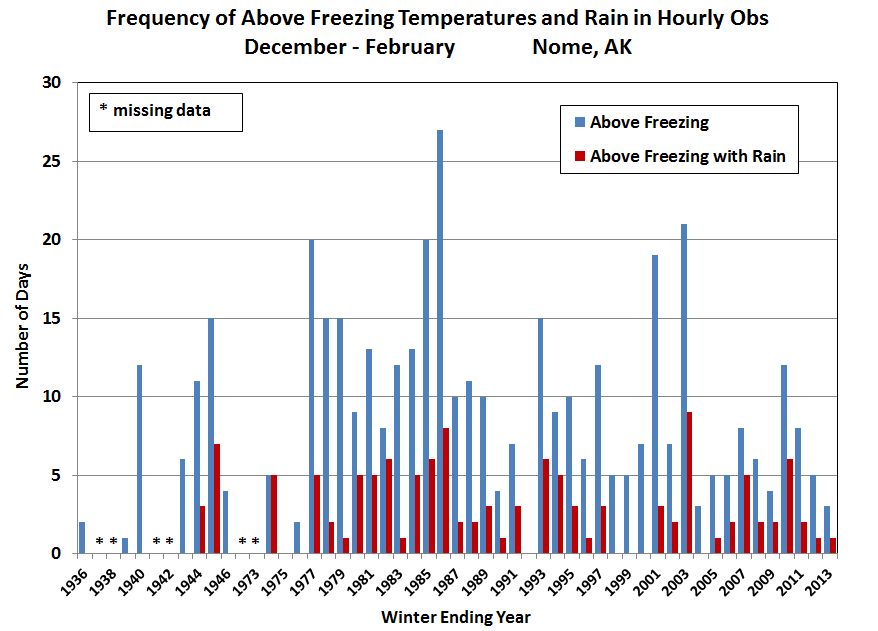 The climate shift in 1976 with the change to a positive Pacific Decadal Oscillation stands out very clearly, as the frequency of warm and warm-rainy days appears to have increased dramatically.  For the winter as a whole, above-freezing and plain rain events have been less common in the past decade than in the first decade of the positive PDO regime; this reflects the shift back towards the negative PDO phase (see the PDO time series chart below; image credit: http://en.wikipedia.org/wiki/File:PDO.svg).  However, in January plain rain has now occurred in 9 of the past 13 years, which is a higher annual rate of recurrence than earlier in the climate record. 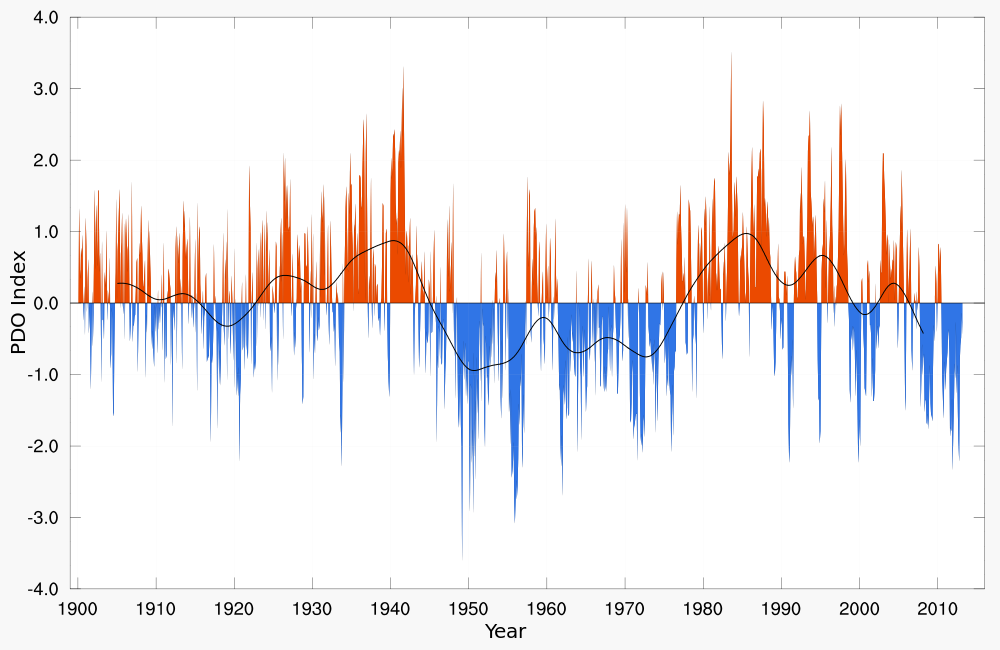 Posted by Richard James at 8:53 AM