Several people have asked me if the rest of the winter will be as warm as the last several weeks have been. While there is no way to tell for sure, it is helpful to look back at February's that follow exceptionally warm January's. To do this, I looked at all of the GHCN data from NWS and COOP stations (no RAWS) and organized them by climate division according to Bieniek et al (citation at the end of the post). Then, each climate division was weighted according to the proportion of the state that the division encompasses. Between 1940 and 2013, here are the ten warmest and coldest January's.

What I wanted to know was not only how those ten January's looked (first map below) but more importantly, how the February's afterward looked. To my surprise, the February's were essentially normal. In one sense, the temperatures always tend to drift toward normality; however, I expected the forcings that caused the warm January's to have a residual effect in February too. The ESRL database that I used to generate the maps has data beginning in 1948 so any years from the top 10 list that fell between 1940 and 1948 was substituted with the next year down on the list. Unfortunately the ESRL database that goes back to the beginning of he 20th century is temporarily out of order. 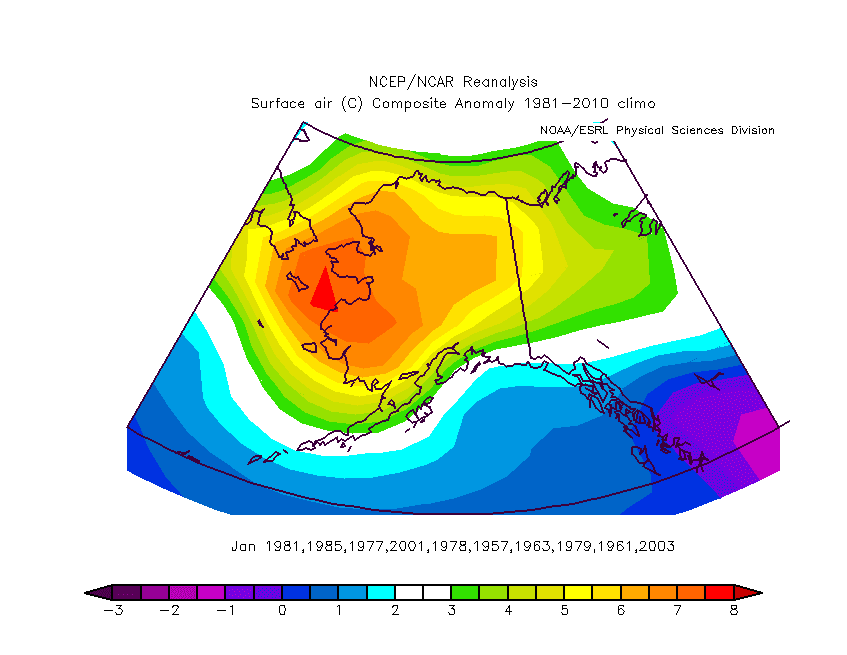 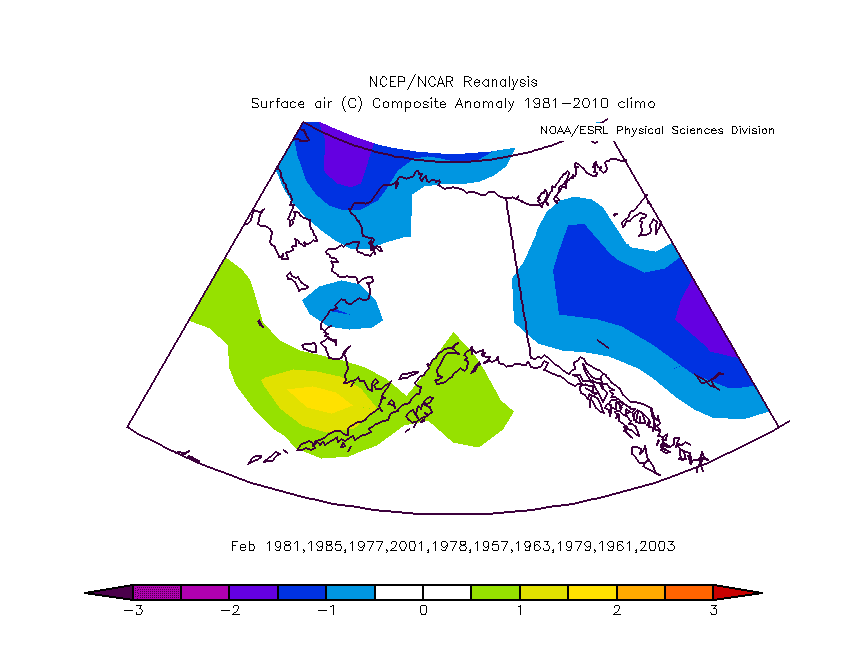