The brief cold spells in interior Alaska over Christmas and earlier this week brought strong low-level temperature inversions to the Fairbanks area, as is typical for the time of year; but since the beginning of the climatological inversion season (October 19), far more days have had weak or non-existent inversions than strong inversions.  The chart below shows the daily inversion strength based on the daily mean temperatures at Keystone Ridge and Fairbanks International Airport.  (Note the missing data from Keystone Ridge in early December.)  Remarkably, there were seven consecutive days in December with a positive mean temperature lapse rate (no inversion); the average number of such days in December is only two. 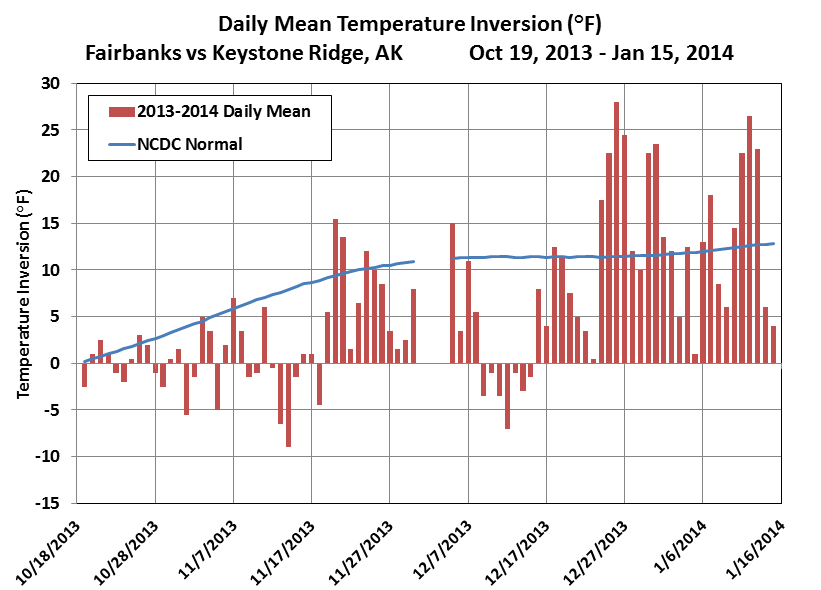 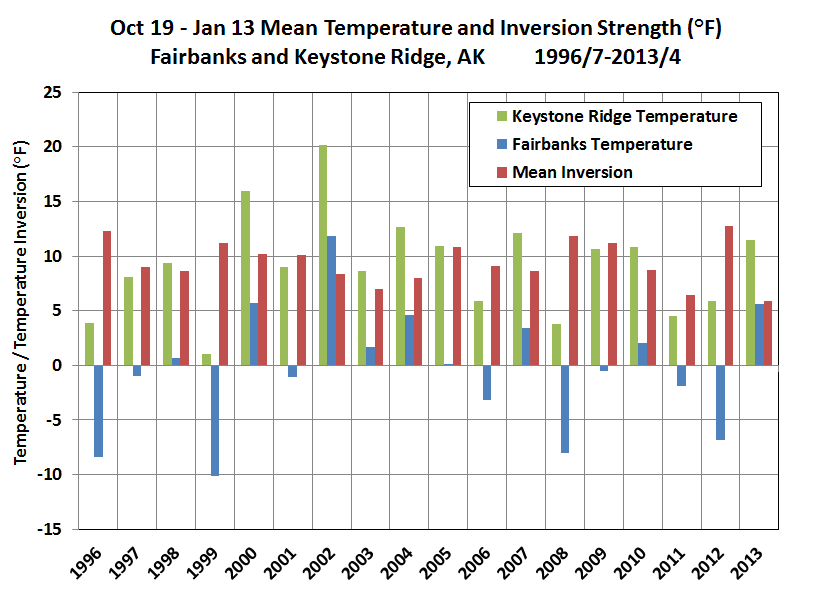 Posted by Richard James at 4:24 AM

Email ThisBlogThis!Share to TwitterShare to FacebookShare to Pinterest
Labels: Inversion