A few days ago Rick pointed me to the Iowa State site that contains NWS advisory archives. I have long been interested in the spatial distribution of weather phenomenon and this archive data set practically begs to be mapped. So, here is a map of total winter advisories for all of Alaska between January 1, 2009, and December 31, 2013 – a five year climatology. The types of advisories include: 1) Winter Storm Warnings, 2) Winter Weather Advisories, 3) Blizzard Warnings, 4) Freezing Rain Advisories, 5) Ice Storm Warnings, 6) Wind Chill Advisories, and 7) Wind Chill Warnings. Watches were not included. Any product with "WSW in the header and NEW, EXA, or EXB in the VTEC line was included.

Note: Many of the differences between adjacent zones are due to the specific criteria for those zones. For example, Cordova's zone does not have a Winter Weather Advisory criteria for snow but Yakutat's zone does. I will have a follow up post with maps of the advisory/warning criteria soon. 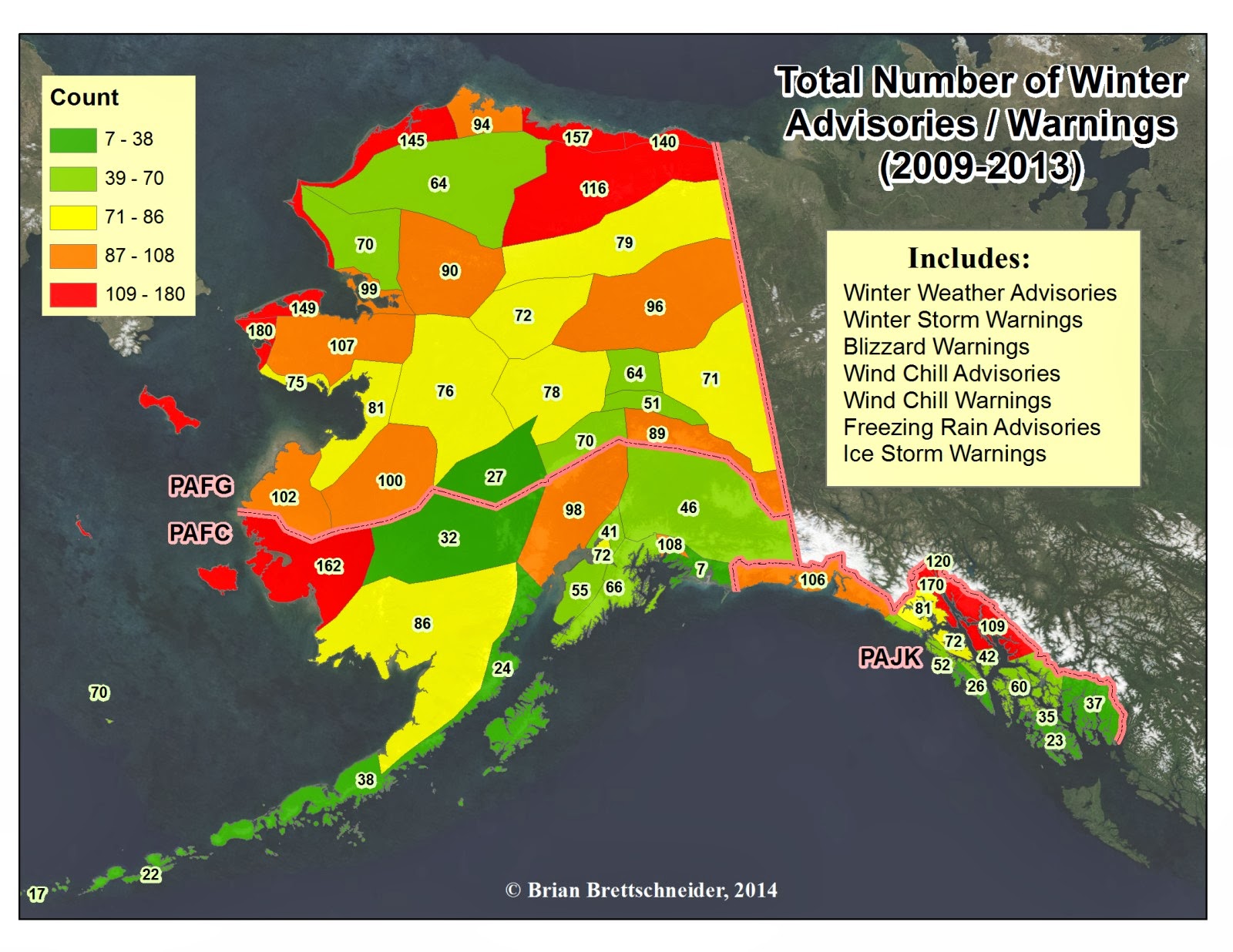 There are a couple of important things to keep in mind. First, there are three NWS forecast offices in Alaska and they each have different advisory/warning thresholds for the zones in their area of responsibilities. Second, particularly with Winter Weather Advisories, sometimes they are the result of snowfall, sometimes they are the result of blowing snow, and sometimes they are a result of the combination of multiple factors. The same is true for Winter Storm Warnings to a lesser degree. In another post, I will display a series of maps showing the advisory criteria. In the meantime, you can find the Alaska Region text document here: http://goo.gl/XAsdJ7#AKClimate . 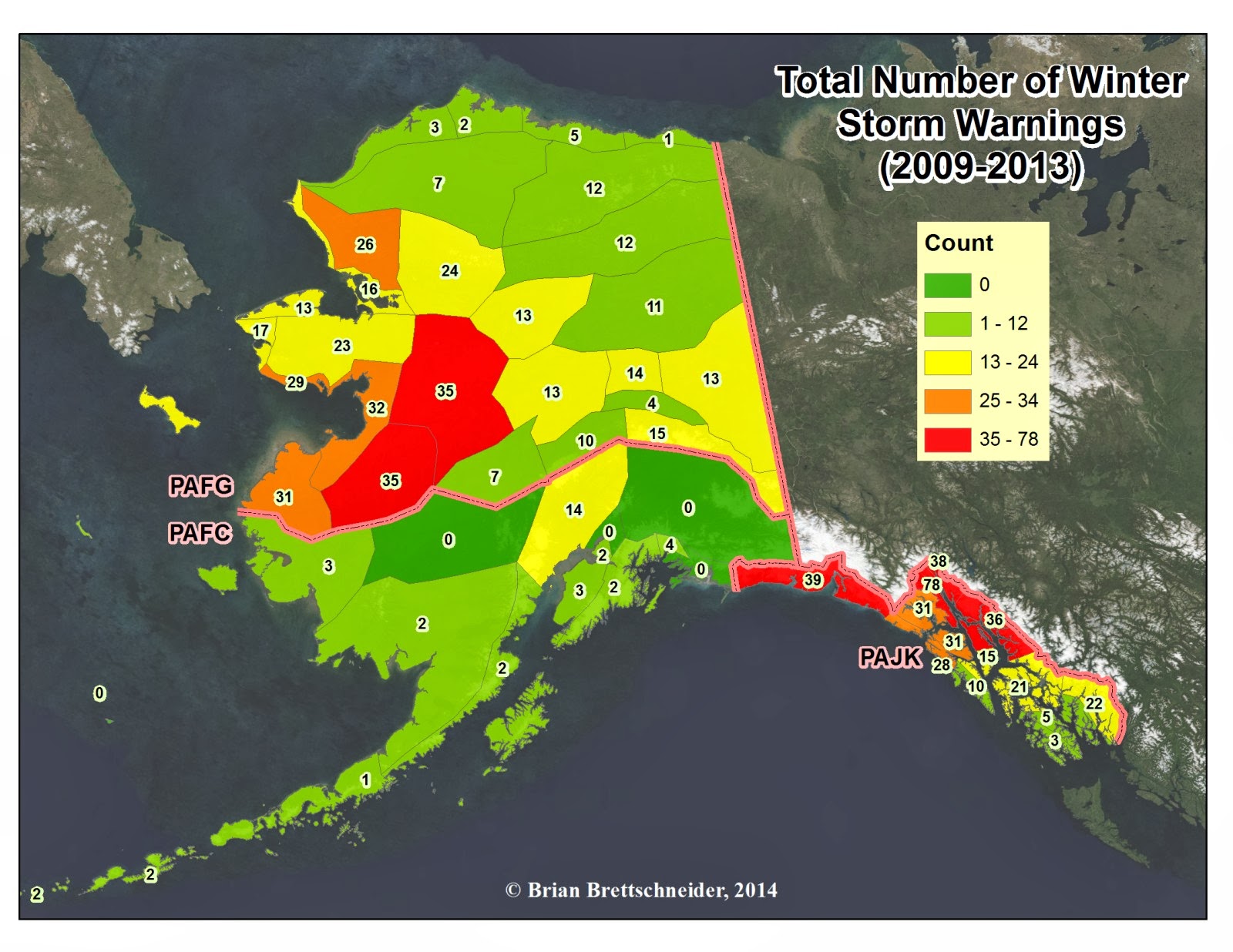 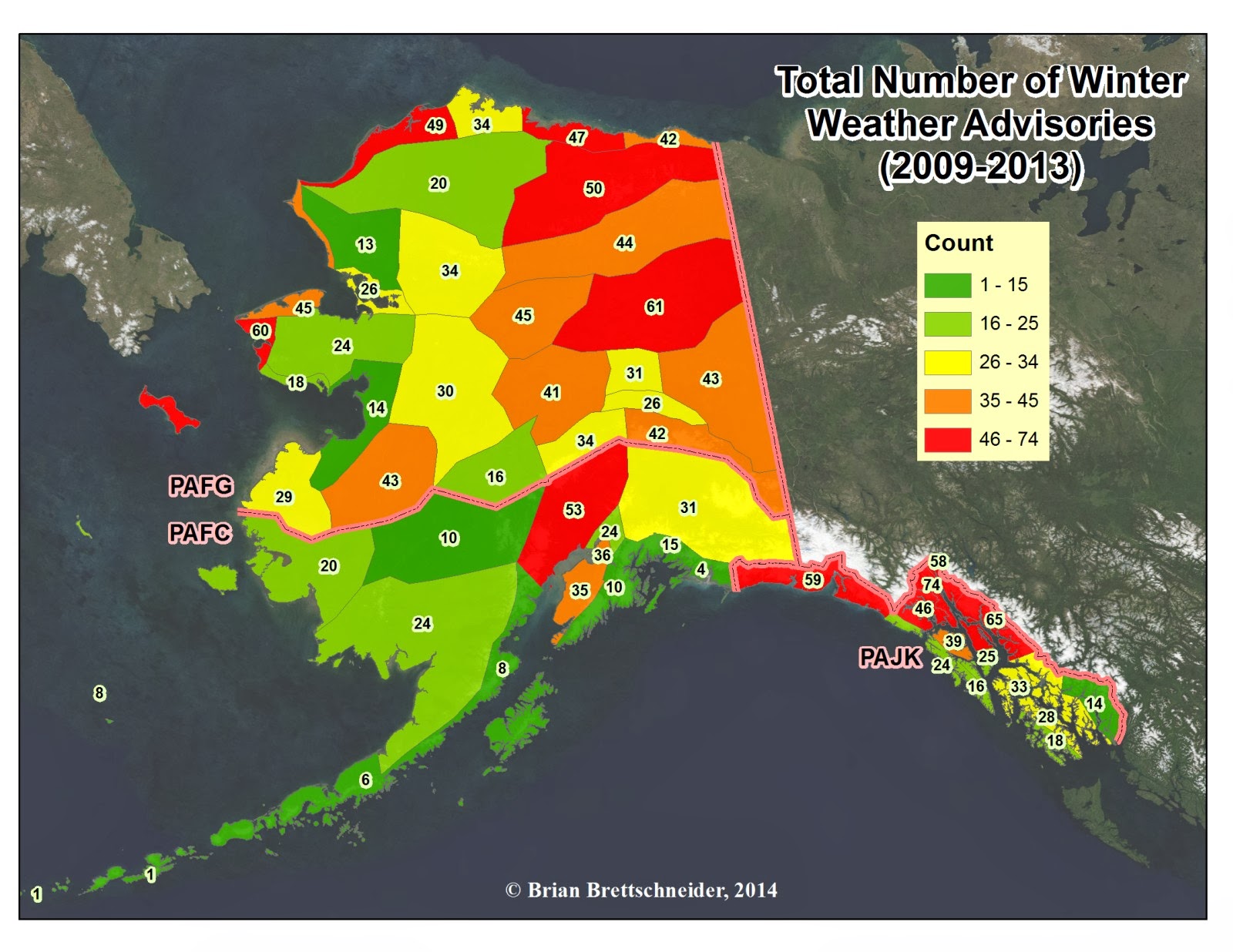 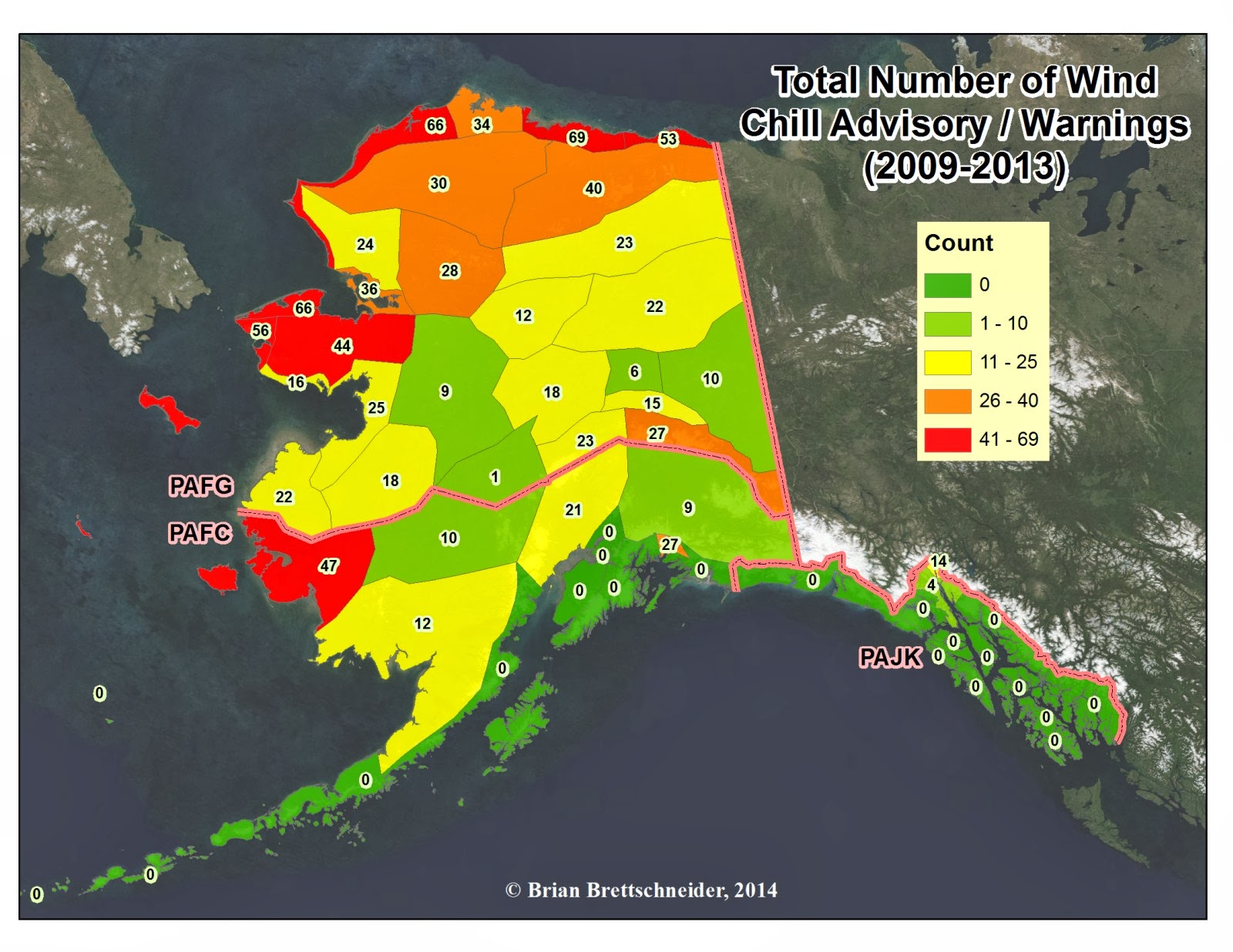 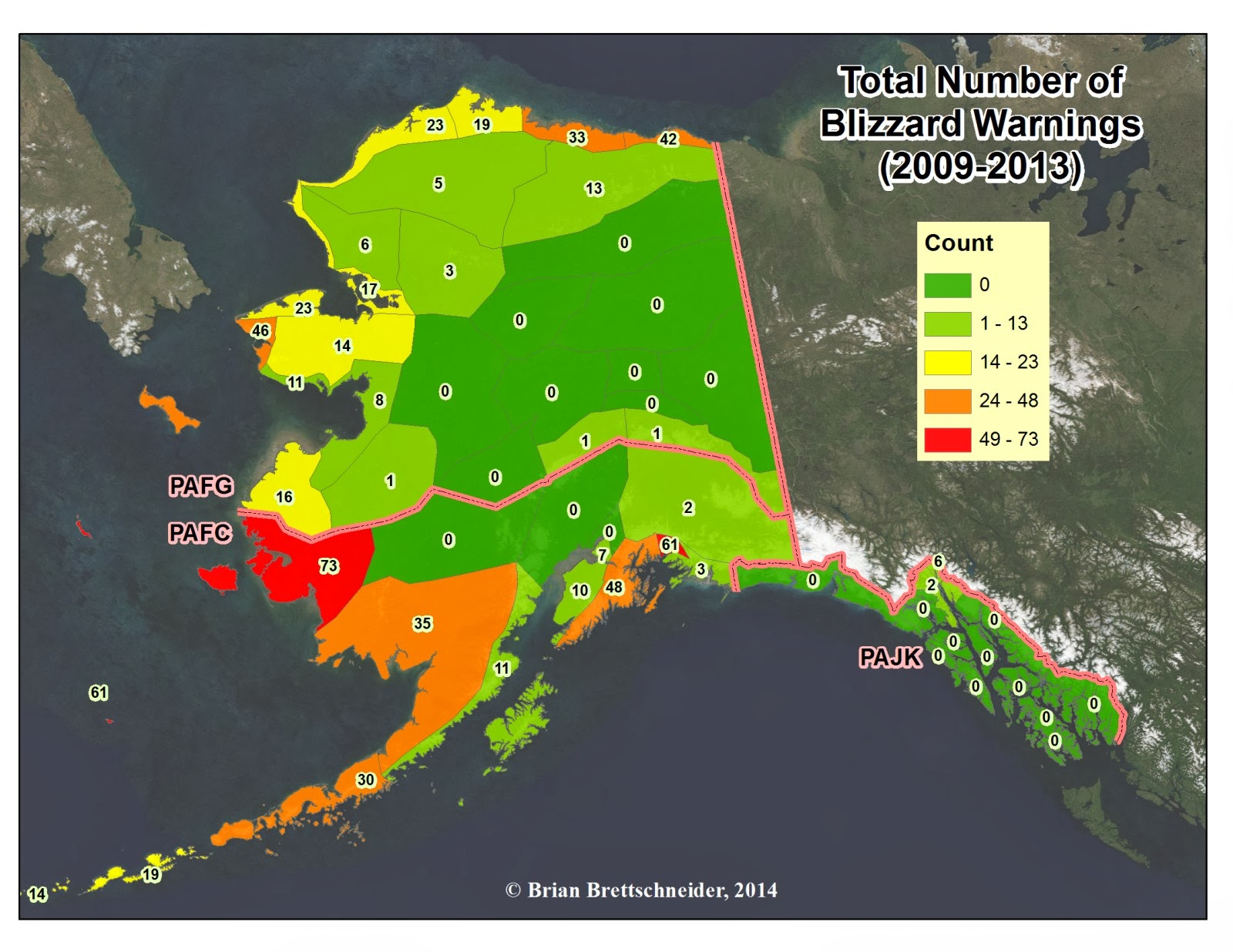 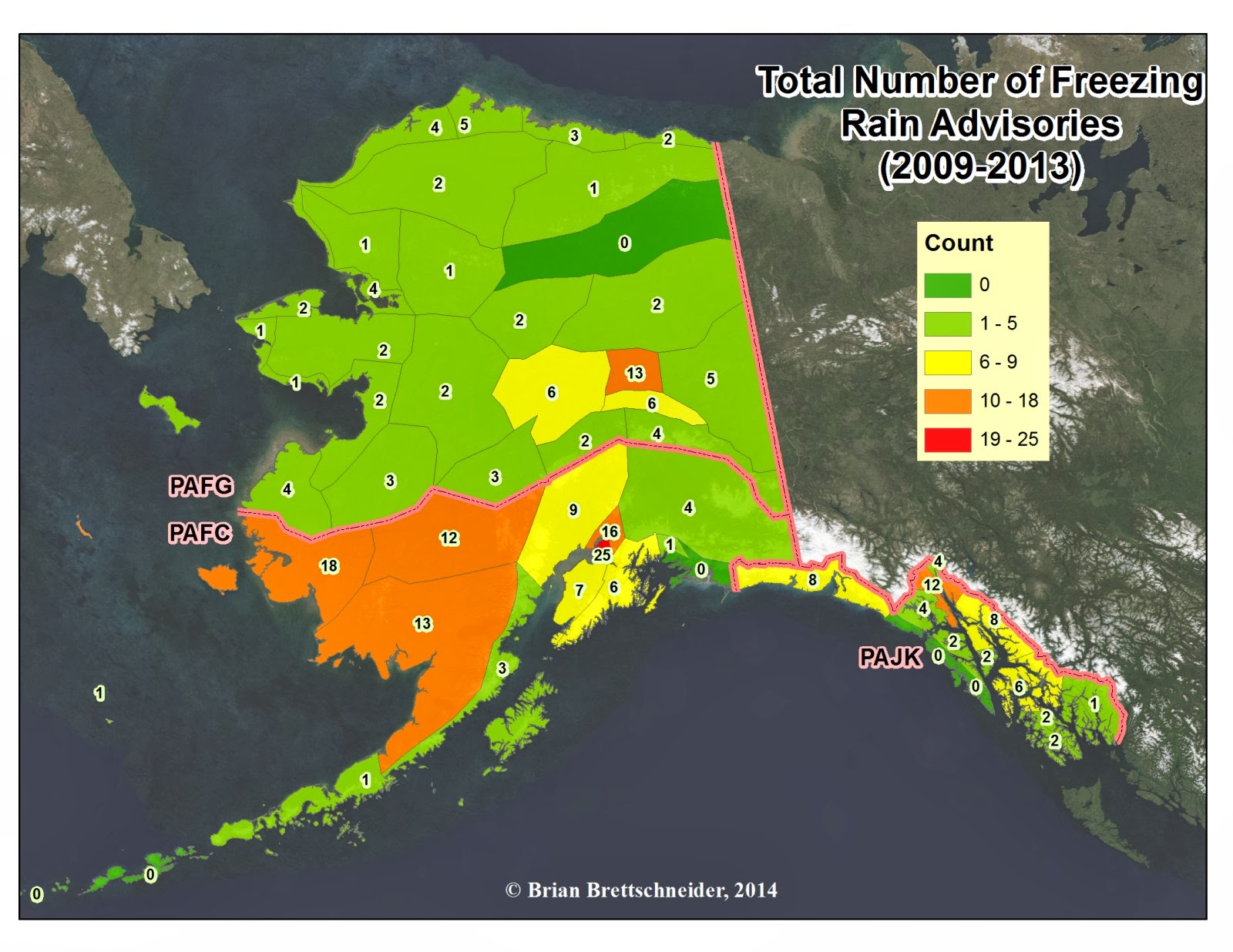 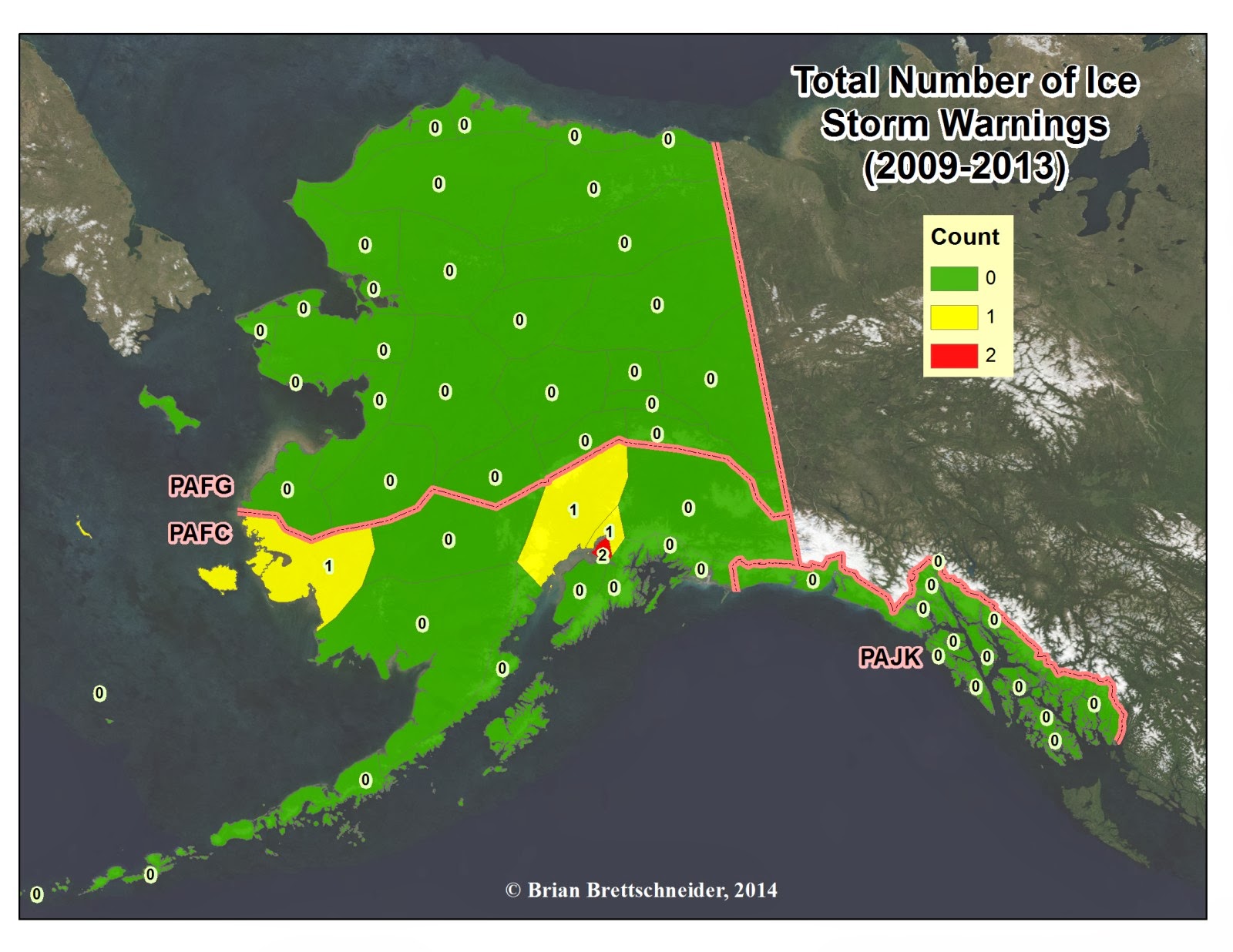