You wouldn't know it from the surface conditions (4 °F and breezy), but this morning's balloon sounding from Barrow observed record warmth aloft for the time of year.  A temperature of +9.0 °C was measured at about 3500 feet above ground, which is more than 1 °C warmer than the previous highest temperature measured at any height above Barrow in January or February (data back to 1948).  The temperature of +7.0 °C at 850 mb broke the January-March record for that pressure level by a wide margin (previous record +4.2 °C).  Barrow has never measured an 850 mb temperature above 5 °C between December 2 and April 28 - until today.

The chart below shows this morning's temperature profile (blue line) along with the historical soundings that were previously the record-holders for temperature at any height (red line) and at 850 mb (green line).  The square markers indicate the 850 mb level in each sounding. 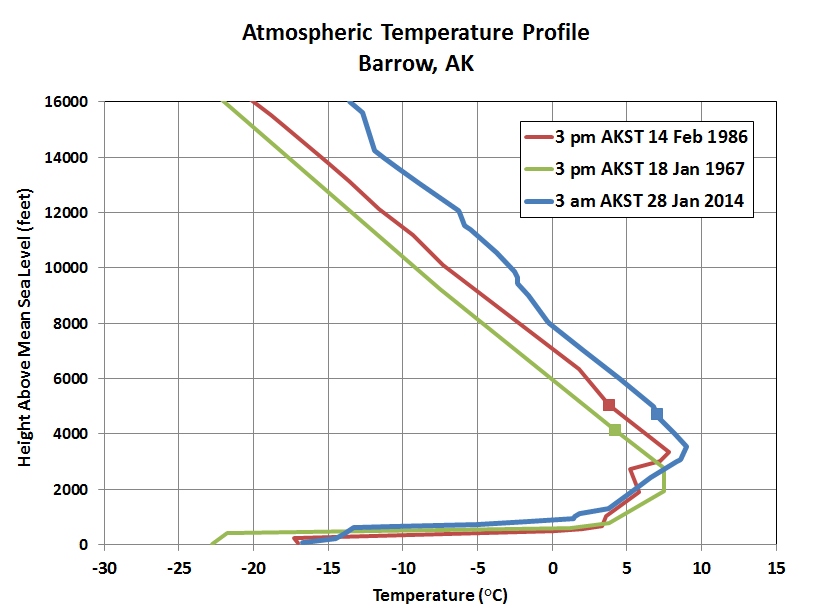 Posted by Richard James at 7:06 AM