Snow mixed with rain was reported at Fairbanks airport today for a period of slightly less than one hour.  This is the earliest snowfall reported in the hourly (or sub-hourly) observations since 1992, the year of the great September snowfall and cold snap (when the permanent winter snowpack was established on the 13th, and 10" was on the ground by the 15th).

I should mention, though, that the official climate history contains a trace of snow on earlier dates on a number of occasions in more recent years, presumably due to a passing flurry or a few stray flakes in a rain shower.  We also have the 0.1" of snow that was reported on August 25, 1995, although the daily minimum temperature was 44°F - I'm not sure what happened there.

Accumulating snow was observed today at the higher elevations near Fairbanks, such as on Ester Dome (2400') and Cleary Summit on the Steese Highway (2233') - thanks to Brian for pointing out the latter.  Here are some webcam shots. 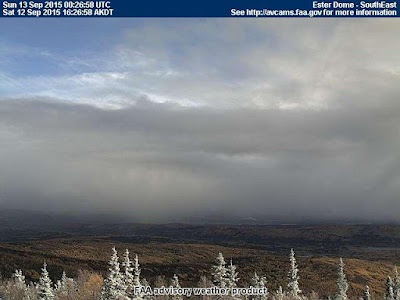 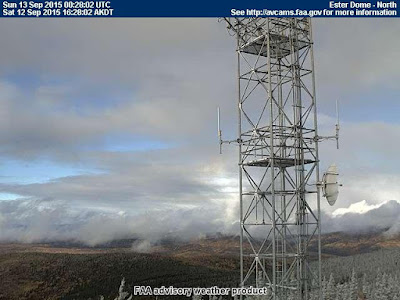 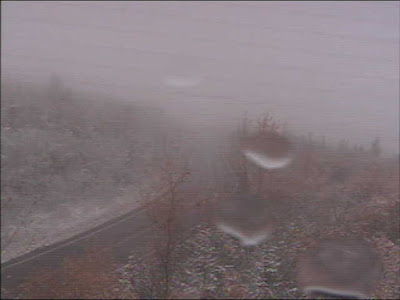 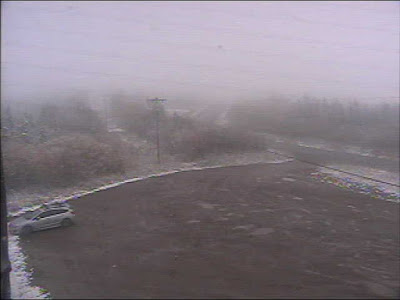 The chilly conditions are a change from what has been a relatively mild month so far (after the cold spell of late August).  Soon, of course, the term "relatively mild" will take on a different meaning, as the peak rate of seasonal cooling is only a month away. 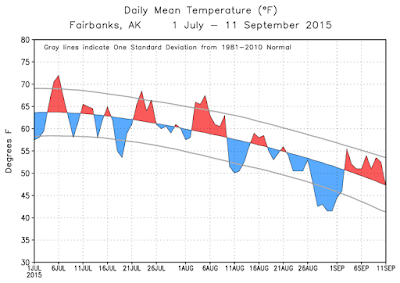 Update 10am Sep 13: There's a report of 3" of new snow this morning on Keystone Ridge by 8:45am, with heavy snow continuing.  Here's a photo, courtesy of Heather Hrawiec: 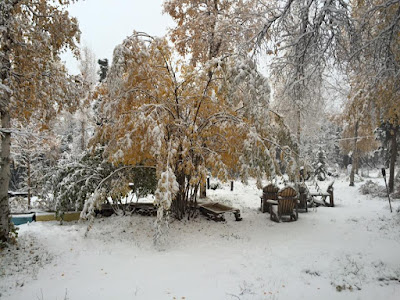