Some smaller fresh water bodies are freezing up at relatively low elevation across the interior and north.  Here are a few webcam shots from today of small lakes near the much larger Teshekpuk Lake, near the Arctic coast: 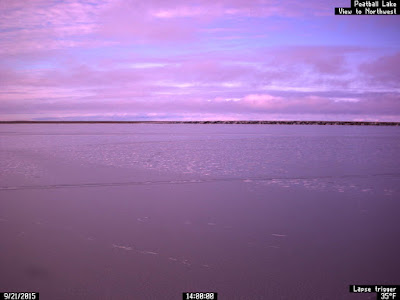 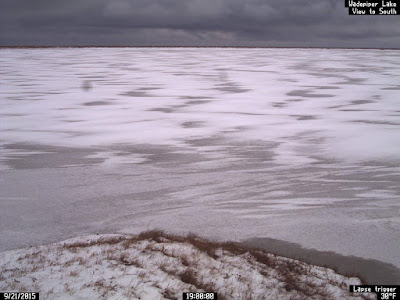 Teshekpuk Lake itself only shows a small margin of ice along the shore: 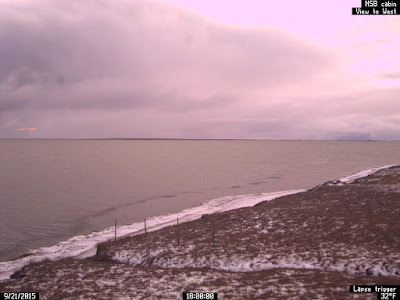 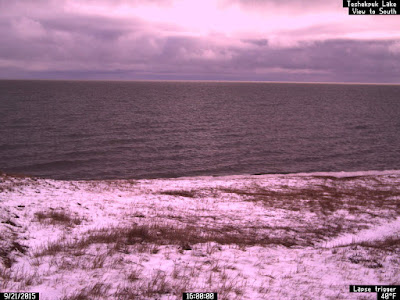 Some shoreline ice is evident at Inigok: 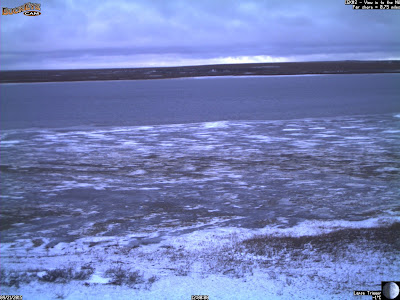 Toolik Lake is not yet frozen over, despite air temperatures hovering around 15-20°F for the past couple of days; the lake temperature remains above +3°C.  The Colville River at Umiat is still open: 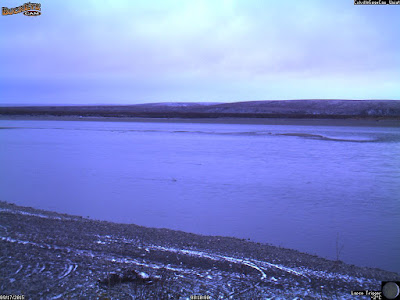 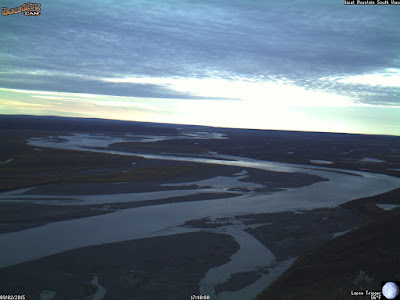 Finally, there was ice on ponds at about 900' elevation in the upper Chena River valley late Sunday afternoon.  With the forecast remaining on the cold side, it seems quite likely this may not melt until spring. 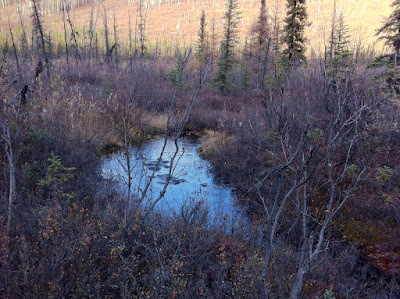 [Update Sep 24: Toolik Field Station and Galbraith Lake both reached 0°F yesterday morning, the 23rd.  Ivotuk dropped to 1°F.  Additional information from NWS Fairbanks indicates that on Monday and Tuesday "north of Finger Mtn (97 Mile Dalton) the lakes are mostly frozen over. At Wiseman, Wiseman Creek was mostly ice covered and there was pan ice on the Koyukuk. The coop observer at Wiseman, who has lived there her whole life, thought freeze-up was early, but not extremely so."]

Posted by Richard James at 8:35 PM