According to long-term normals, temperatures at this time of year are "normally" dropping like a rock in interior Alaska, as net infrared radiation loss takes a heavy toll.  The peak climatological rate of temperature drop in Fairbanks occurs on October 14 (6.2°F per week).  However, in the past 3 weeks the temperature hasn't dropped at all, as the circulation pattern has switched from unusual cold to unusual warmth.  Fairbanks reached 50°F yesterday, which is now well above the normal high of 36°F.  [But recall that I indicated on September 18 that it was unlikely that 50°F wouldn't be reached again.  If it hadn't, it would have broken a record.] 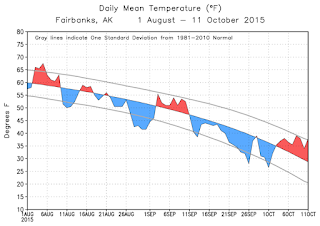 Warm conditions notwithstanding, ice formation is now evident on the Yukon River at Beaver and Tanana: 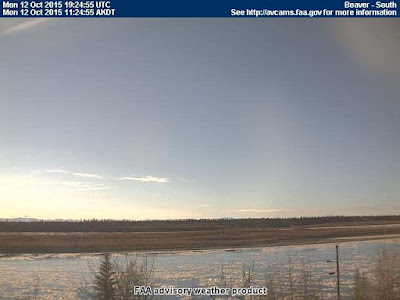 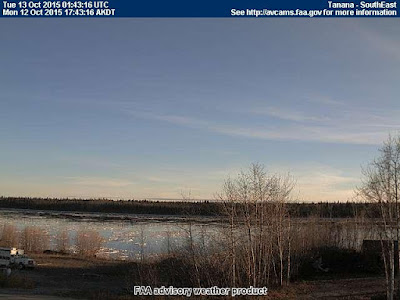 No ice is yet visible on the Tanana at Nenana, however. 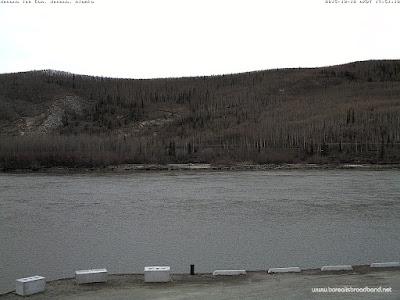