Richard noted in the previous post that ice was running down the Yukon River in Eagle. Is this typical? What drives the formation if ice in interior rivers?

Let’s deal with the questions in reverse order. Obviously you need below frezing temperatures for ice to form. But, it is not as simple as that. The drivers of river water temperature are very complicated. First, the top layer of water on a river needs to be at or slightly above freezing. This is largely driven by basin-wide characteristics of flow, air temperature, and the shortwave/longwave energy budget. The water flowing past Eagle mostly came from the Canadian Yukon Territory. There are nearly 1,100 river miles of the Yukon above Eagle and a basin area of 122,000 square miles. High flows mean greater stream velocities which delays freezup. High air temperatures also delay freezup. Especially cold temperatures early in the season have to overcome the still (relatively) strong solar radiation. All in all it is a complicated process. A nice summary of the processes is found in this document from UAF ( http://www.arlis.org/docs/vol2/hydropower/SUS102.pdf ). The document is more concerned with water temperature though.

For rivers like the Yukon, ice formation is initially dominated by the frazil ice process. Frazil ice is formed when supercooled water freezes on a condensation nuclei within the moving water. This generally happens when the low temperatures is in the lower 20s. As more and more frazil ice forms in the main channel, it clumps together – finally clumping enough to accumulate at river bends and to ultimately run across the width or the river.

The Cooperative observers in Eagle kindly made a notation of the first run of ice they saw for 22 different years between 1916 and 1960. During those years, the average first run date was October 18th. We should caution that a little bit of ice one year may be noted while another year required more substantial ice to warrant a notation. We will never know what the subjective criteria was. For this analysis, we assume they were consistent. Figures 1 and 2 show an example of notations made by the observer. 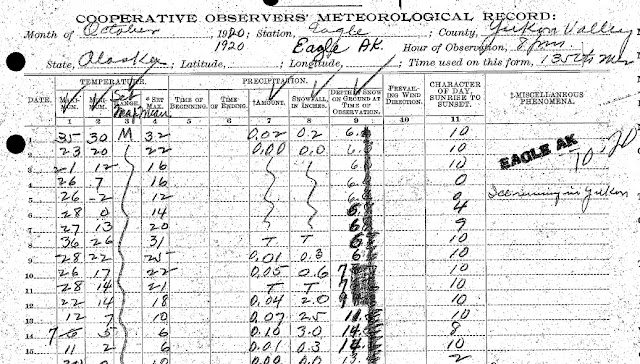 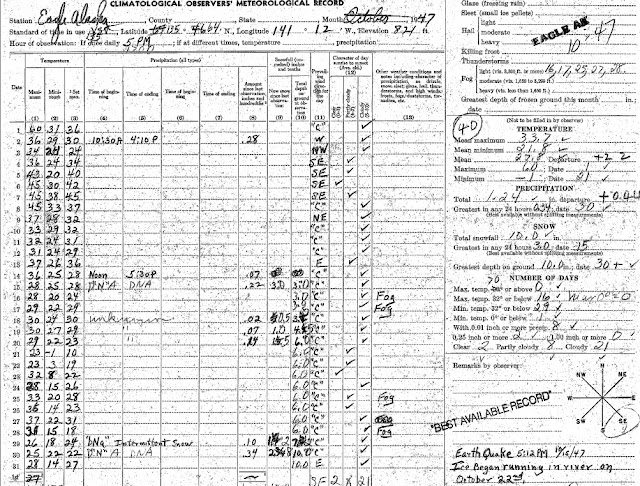 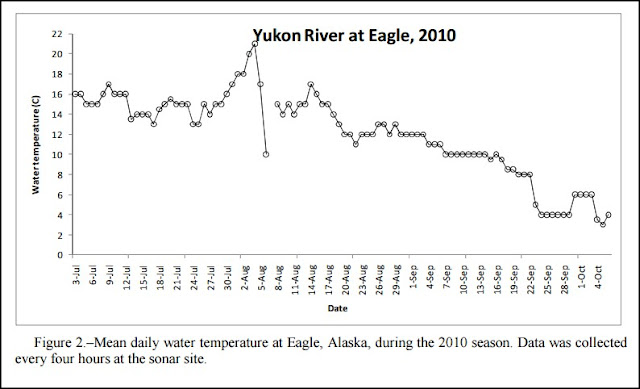 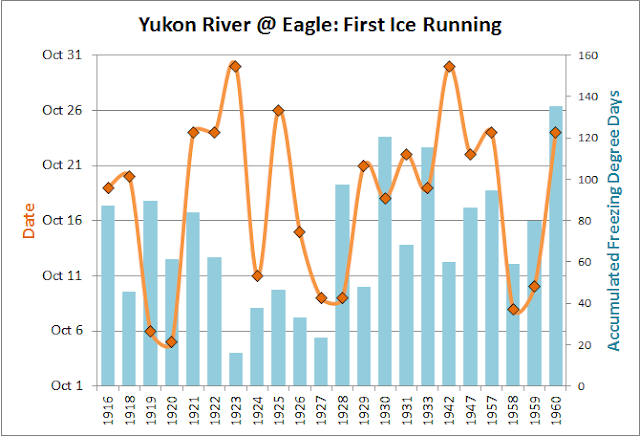 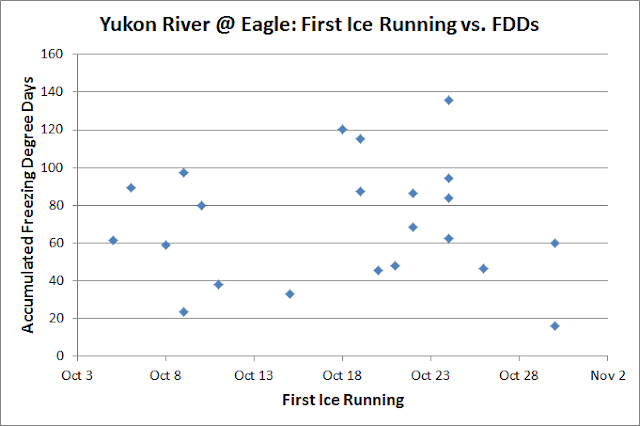 Again, so much goes into the formation of ice. Is it clear or cloudy? Is it windy? Is the air dry or moist? Is new runoff entering the river? Is the flow fast or slow? Is it high or low? Lots to consider.

As a non–interior Alaskan, I welcome the opinions of those more knowledgeable on the subject than I am.