After a remarkable spell of warm and dry weather to close out summer, rain returned to Fairbanks earlier this week, pushing August's rainfall total to 2.08"; and this means that all three summer months have been wetter than normal.  Perhaps surprisingly, even in the wet regime of recent years, only 2014 achieved that distinction, although 2017 was close (July 2017 just missed the mark).  Other years were 1930, 1932, 1948, 1955, 1962, 1990, and 2008, although we perhaps shouldn't compare earlier decades to the current standard "normal" of 1981-2010.

Returning to rainfall, I got to wondering whether the persistently high rainfall of recent summers has a clear signature in the duration of rain: is it raining more of the time, or is the rain just heavier when it occurs?  Here's a quick analysis to address the question: the chart below (click to enlarge) shows the fraction of Fairbanks hourly (top of the hour) observations reporting rain since 1973.  I'm showing June-September here, because these are the months with by far the greatest increase in precipitation since 2014 (see this recent post); and here we're looking at observations of rain, not snow.  There's a clear signal for more frequent rain in each of the last 7 years, so we can say that yes, it has been raining more of the time in summer and early autumn since 2014.

Interestingly, however, the number of days with measurable precipitation has not increased as obviously; it's up this year, but 2018 and 2019 did not see an unusual number of wet days, and nor did 2014.

So what do we have in summary?  Since 2014, it has been raining more of the time in summer and early autumn, and the frequency of heavy rain events has gone up considerably (as shown in the earlier post), but the number of days with rain hasn't changed much.  So when it rains, it rains for longer and comes down harder, but the frequency of dry versus wet days is not substantially different. 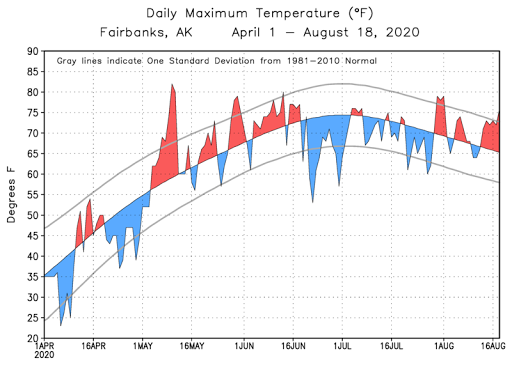 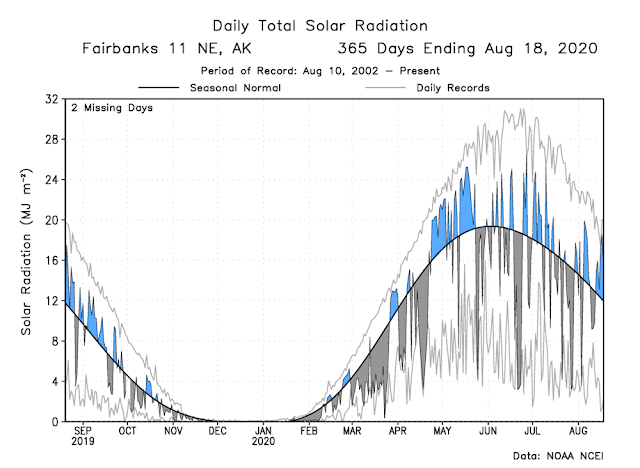 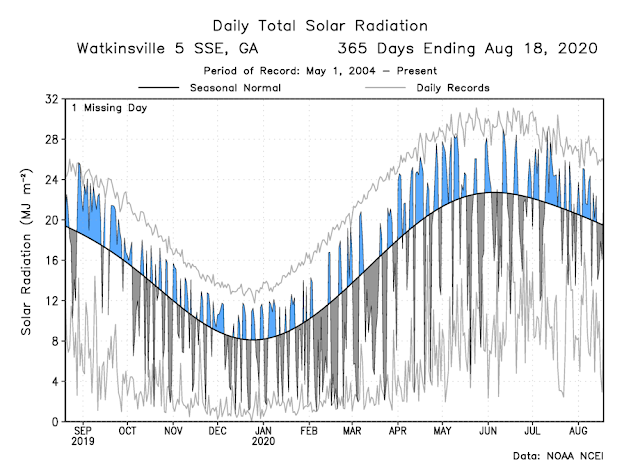 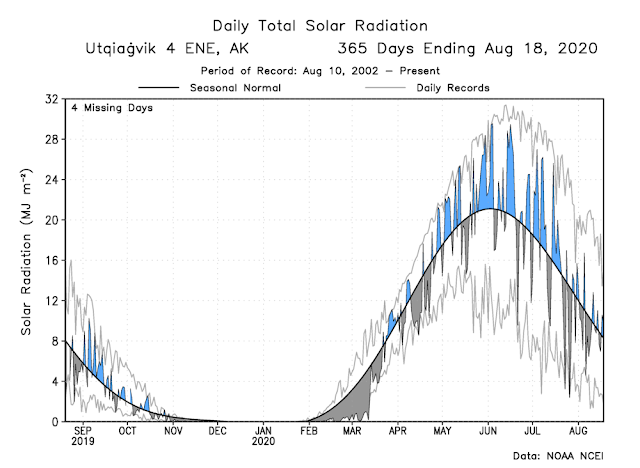 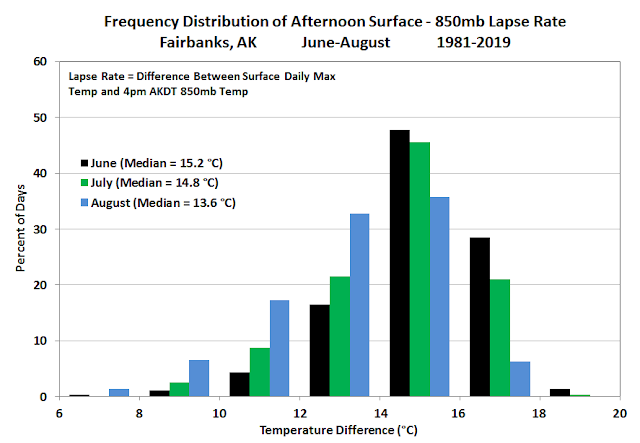 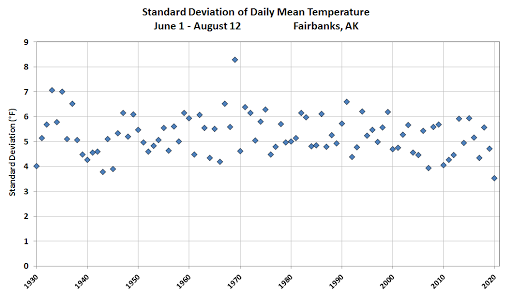 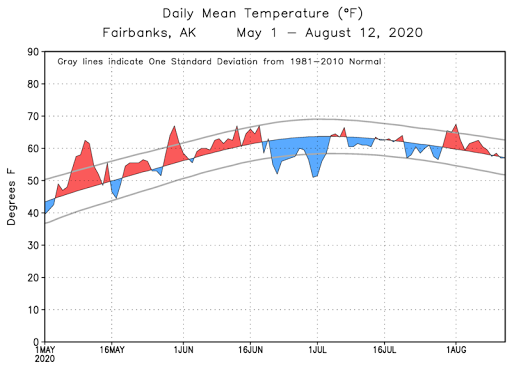 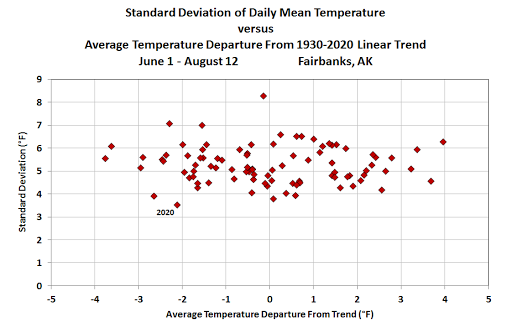 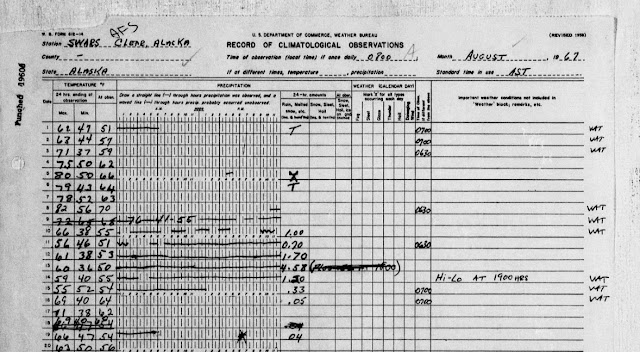 Posted by Richard James at 4:44 AM No comments: 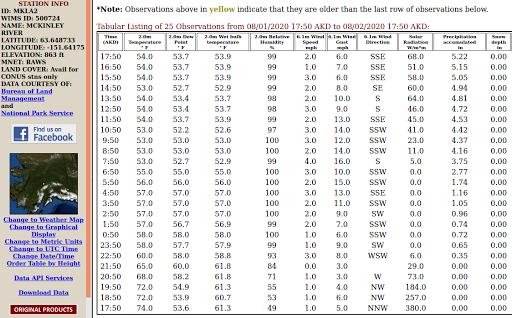 All in all, I'd argue the forecasts were quite good, and the strong wording of the NWS messages was justified even though rainfall underperformed a bit in Fairbanks.  In particular, the forecasters' assessment was highly prescient when it spoke of "very heavy rain... in the Alaska Range especially near Denali National Park where 2 to 4 inches of rain is expected with local amounts pushing nearly 6 inches".  It's not easy to predict extreme and historic weather events, because history provides no guide, so this was quite a triumph of modern technology.
Posted by Richard James at 6:14 PM No comments: