It appears that Fairbanks has recorded its first day this season with a high temperature at or below freezing. This is a full two weeks later than normal for the Airport station and only three days away from the station record (Note: the Fairbanks Airport station has been recording observations since 1948). The stations on this map all have at least 15 years worth of winter seasons. Seasons with more than 10 missing observations were not included. Today's date is at, or later, than the record latest first sub-freezing day for a few locations. It is possible that some stations broke this record. The analysis on this map does not include and data from this winter. 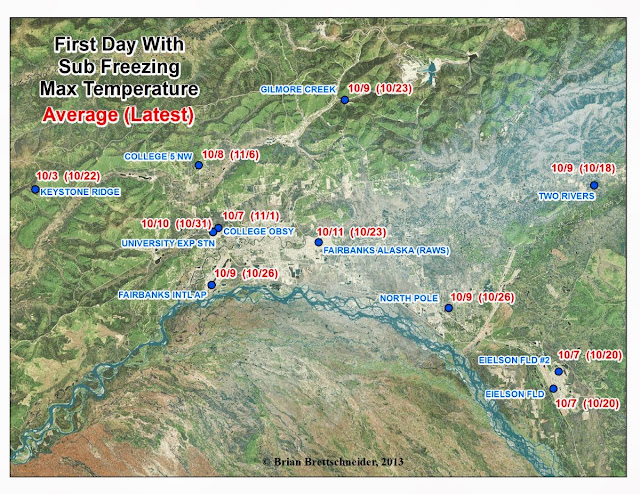