Most and Least Difficult Temperature Records to Break

Four types of records are shown.

Note 1: the standard deviations from normal are all based on the 1981-2010 climate normal period. The relative ease or difficulty to break a record should be compared to the current climate regime. 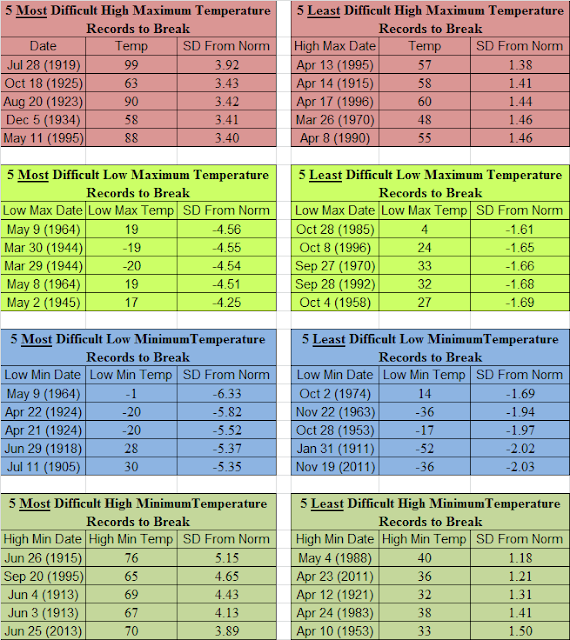