Here are a few statistics that illustrate just how extremely unusual the recent warm spell has been across Alaska and northwestern Canada: 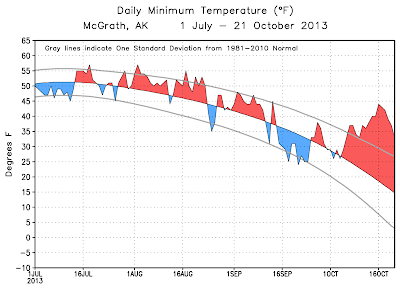