Readers Eric and Gary have commented recently on the dependence of Fairbanks precipitation on wind direction.  It's widely understood (at least among weather enthusiasts) that westerly or southwesterly flow aloft tends to bring moisture to Fairbanks-land, but to what extent is this relationship borne out in the historical data?  This is a pretty straightforward analysis: I calculated the vector average wind speed at 700 mb (about 3 km MSL) from balloon soundings each day since 1948, and then I categorized the data into 30-degree direction windows, e.g. 0-30°, 10-40°, and so on.  For each direction window, and requiring a minimum wind speed of 10 knots, I then extracted the frequency of measurable precipitation and the average daily precipitation; the results are shown below. 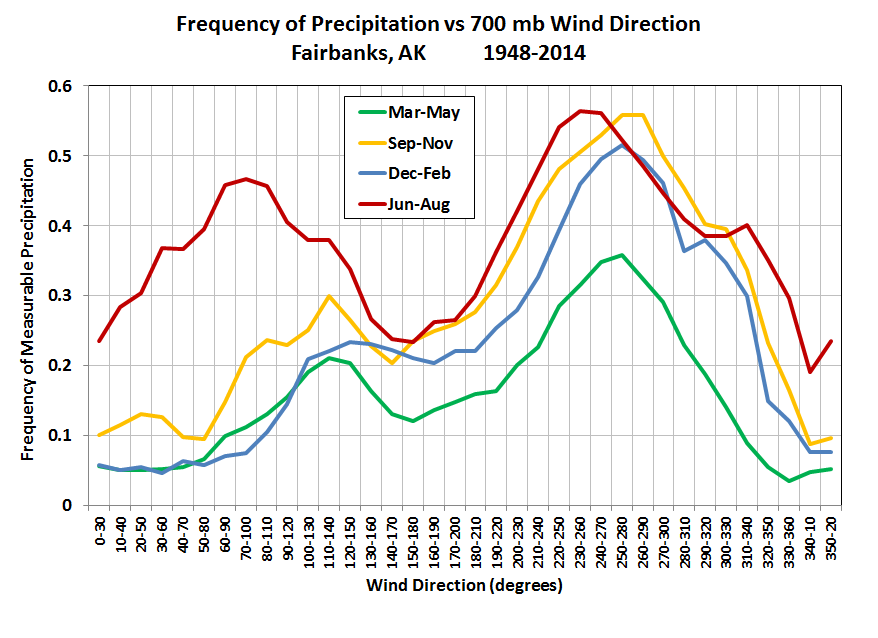 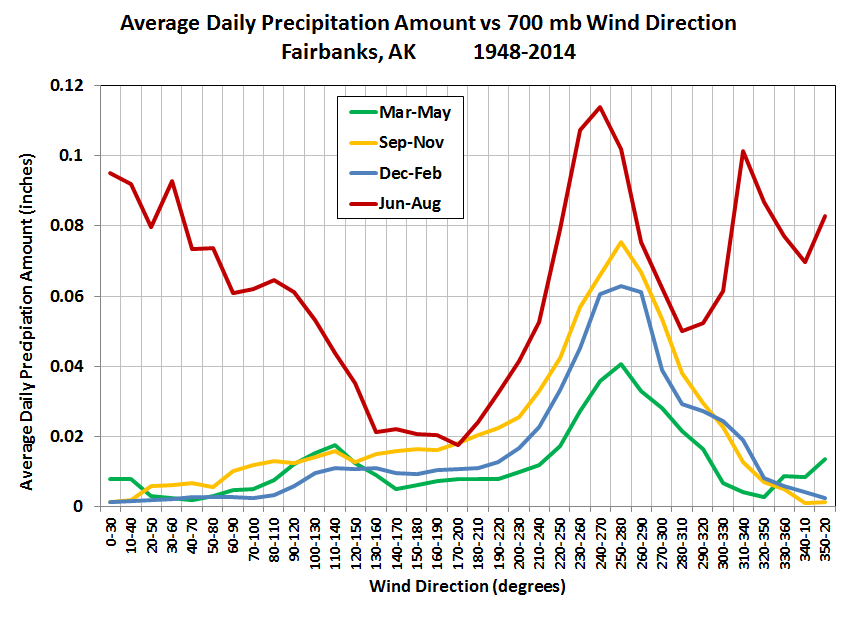 As expected, the highest frequency of measurable precipitation is found for near-westerly flow at 700 mb; for summer the peak is west-southwesterly (230-260°), but for the other seasons, it's close to westerly.  All seasons also show a secondary peak in precipitation frequency; again the summer is distinct, with a frequency peak for easterly flow, but for the other seasons the secondary peak occurs for southeasterly flow.

Finally, it's interesting to see the total contribution of each flow direction to the total precipitation at Fairbanks - see below.  The peak is pronounced in all seasons for flow just south of westerly (240-270°), because the preferred wind direction is out of the southwest; so even though other flow regimes can also be favorable for precipitation, they are less common and so contribute less to the total.  (The most common wind direction is 200-230° in autumn and winter, 190-220° in spring, and 230-260° in summer.) 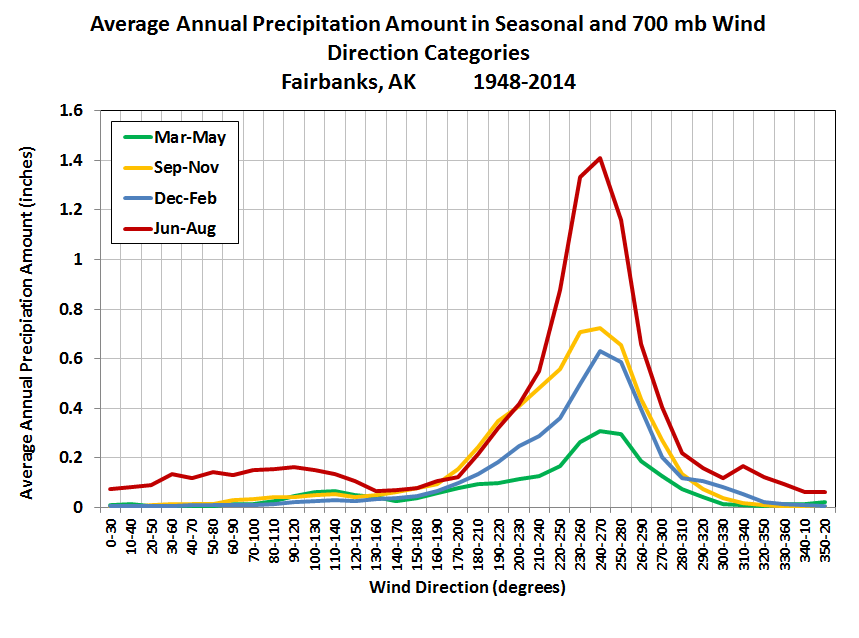 Posted by Richard James at 4:51 AM