It's that time of the year again when Barrow's temperatures reveal the impact of the loss of Arctic sea ice when compared to what used to be normal in the latter part of the 20th century.  Simply put, Octobers now are really warm relative to what they used to be, and there's little variance from year to year as the climate has become more or less maritime at this time of the year.  However, this month is standing out even relative to recent warm years, as Rick has noted in recent messages on Twitter:

To facilitate the comparison to how things used to be, I created climatological normals of daily high and low temperatures for 1961-1990 and 2002-2015; October of 2002 was the first in the modern run of very warm Octobers.  The chart below shows that the daily normals have risen for just about every day on the calendar, but the difference in October is most profound: from October 1 through October 29, the 2002-2015 normal low temperature is higher than the 1961-1990 normal high temperature. 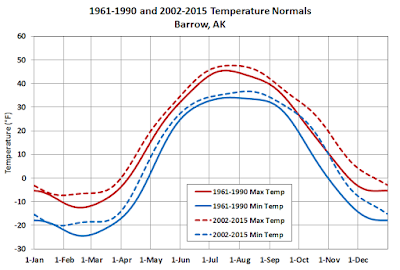 Looking at the variance of daily temperatures, we find that the magnitude of daily variations has become much smaller from mid-September all the way through mid-winter, and this is especially true for daily maximum temperatures.  The peak percentage difference occurs on October 10, when the standard deviation of high temperatures has dropped by over 50% between the two periods shown here.  This is easy to understand physically: with sea ice now far to the north in October, it's just about impossible to get cold air into Barrow, so the lower part of the temperature distribution has been eliminated. 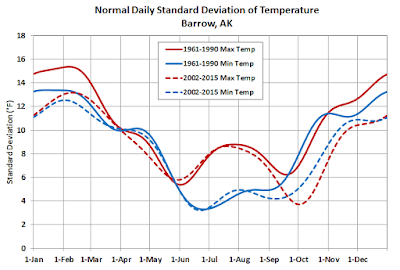 Here are some webcam photos from northern Alaska this afternoon, showing the relatively balmy scene. 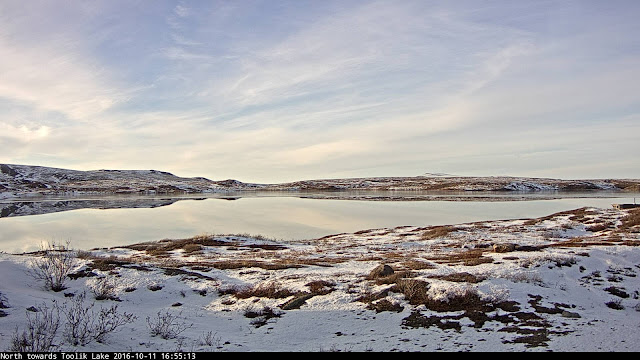 There's no snow on the ground at Kavik: 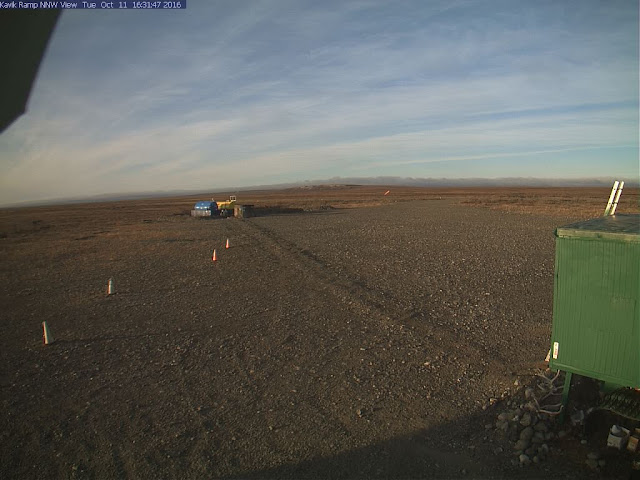 Teshekpuk Lake remains unfrozen, with bare tundra on the shore: 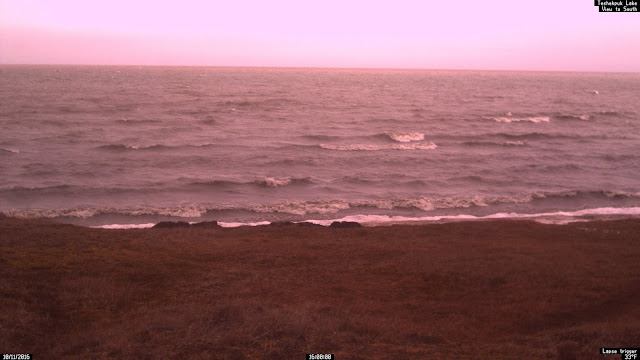 And there's just a little ice on one of the small lakes adjacent to Teshekpuk Lake: 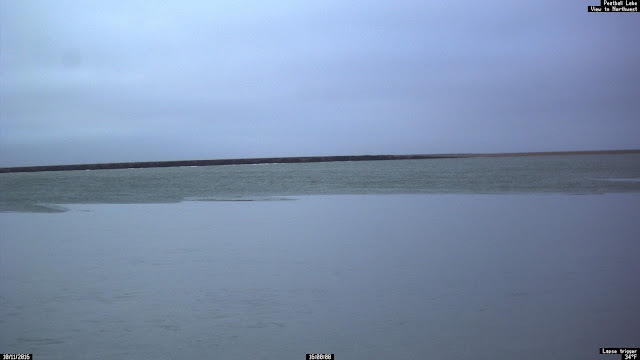 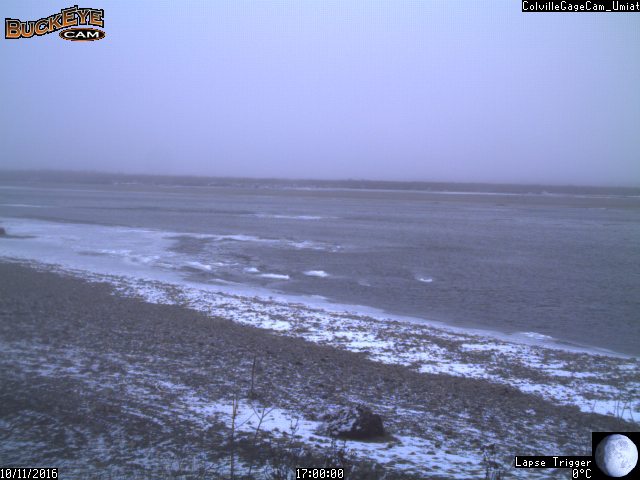