I'm up in Fairbanks this week, getting a taste of late winter conditions - although warmer and snowier than normal for the time of year.  Today I took a trip up to the Chena River State Recreation Area to get a first-hand look at the snow pack in the hills, and I can state unambiguously that there is a lot of snow on the ground.  The photo below was taken at about 800' elevation. 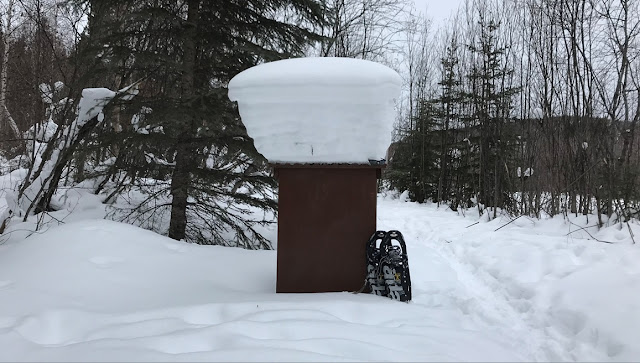 I wrote about the above-normal Chena Basin snowpack back in January, and the chart below updates that analysis through today.  Remarkably, the average of 5 sites that are reporting snow water equivalent is close to double the 1981-2010 median for this date, and it's close to a record.  The only year with more snow on the ground at this date was 1993 - no other year comes close in the SNOTEL data for these 5 sites (1981-present).  The winter of 1992-1993 brought 139" of snow to Fairbanks (3rd greatest on record), and March 1993 was the last time the measured snow depth reached 3 feet at the airport.  For comparison, Fairbanks has had nearly 80" of snow so far this winter, with a peak snow depth of 32". 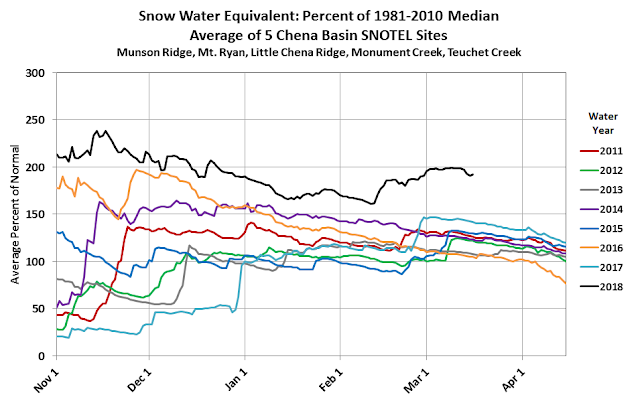 The map below provides a broader look at snow pack in regions where data are available.  Significant shortfalls are evident in south-central and southeast Alaska, and this is related to La Niña, which reduces the number of storms in the Gulf of Alaska.  On the other hand, snowfall has been above normal in the interior and at least as far north as the Brooks Range; the Atigun Pass SNOTEL is currently reporting a snow depth of 57", which is a new record for March and ties the all-time record for the site (1983-present). 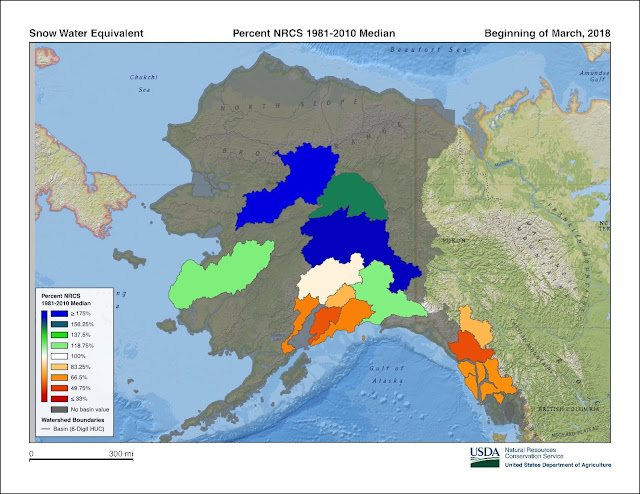