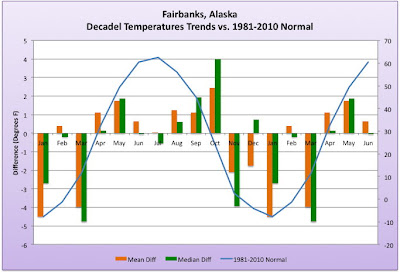 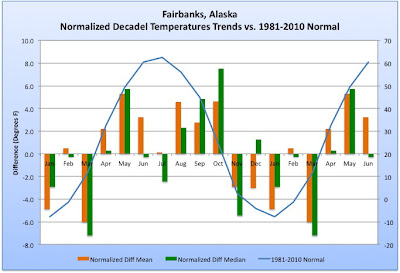 So now we see that the decline in January temperatures is not so spectacular (but March still is), but the recent warmth in May and August through October really stands out. This is a nice illustration of the power of standarization when the there are big differences in the variance in the data through the year.
Posted by Rick at 2:25 PM