In what could hardly be more unusual weather for the time of year, valley-level Fairbanks residents have endured rainy conditions in the past couple of days.  The 2-day total of 0.35" is the most rain ever observed in the month of March without a measurable accumulation of snow; the previous record was 0.34" on March 7, 1921 (but that event occurred at the end of a major storm with 16" of snow in previous days).

Remarkably, prior to this week there were only 9 calendar days in March since 1930 with 0.05" or more of rain and a trace or less of snowfall in Fairbanks; 6 of these days were in the 1930's.  We added two more such days on Monday and yesterday.  In and of itself some light rain or rain/snow mix is not too uncommon in Fairbanks in March, but to have significant rainfall with no snow is rare.

The 500mb charts below show the mid-tropospheric conditions at 4am AKDT on Tuesday (top) and 4am today (bottom).  The pattern looks just about perfect for bringing very unusual warmth along with precipitation to central interior Alaska: the air mass source is far to the south, but there is west-southwesterly flow across the interior in association with a strong frontal zone. 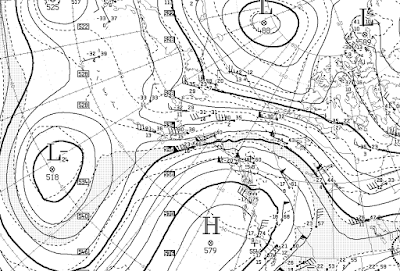 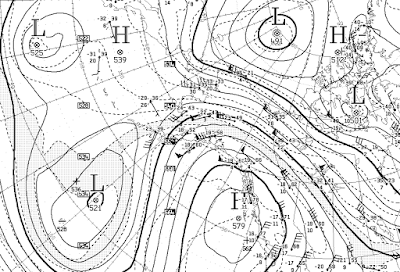 Reflecting the strength of the frontal zone, the temperature gradient across northern Alaska has been nothing short of amazing in the past few days.  While Fairbanks has experienced near-record warmth, the North Slope has been colder than would be normal for the dead of winter; Deadhorse airport dropped to -38°F this morning, and the temperature has struggled to get above -20°F in brilliant sunshine this afternoon.

Here are some splendid images from the Chandalar Shelf FAA webcam yesterday afternoon.  This is what March is supposed to look like in interior Alaska. 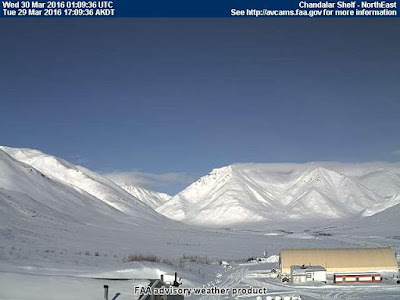 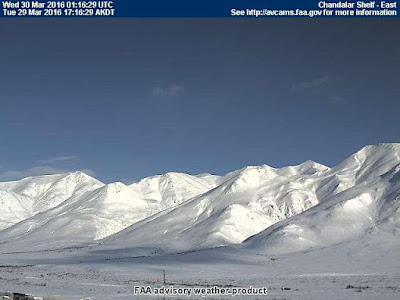 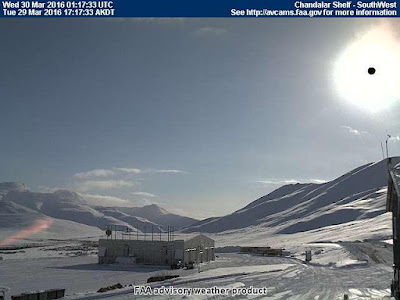 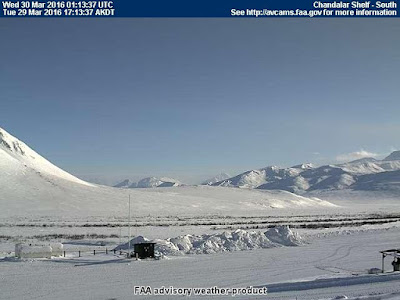