We're at the time of year when many eyes start looking north to the Arctic Ocean to see how sea ice is faring as melt season passes through its summer peak; the perennial question is whether we might see a new record low for ice extent by September.  The current record was set in 2012, and before that 2007 was the big record-breaking year for ice loss.

So far this season, melt-out has been very rapid, and currently we're sitting at record low ice extent for the date.  Here's a nice figure, courtesy of Thomas Lavergne on Twitter. 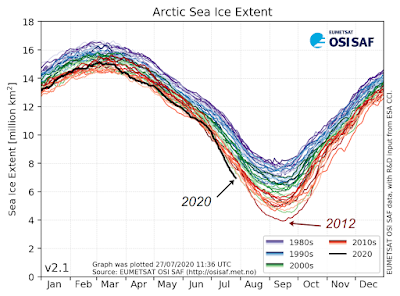 The particularly rapid loss this month has been closely related to extreme warmth over Arctic Russia that has persisted more or less continuously since winter, and as a result, current sea ice deficits are strongly concentrated on the Russian side of the Arctic.  The latest update from NSIDC is worth a read: 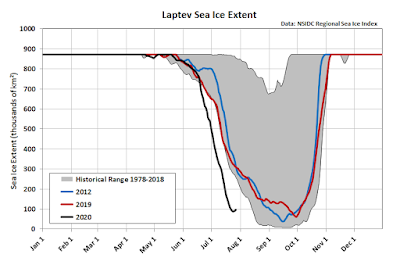 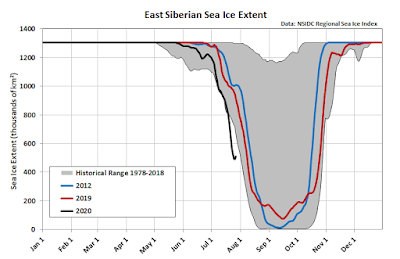 In contrast, the sea ice situation is quite different in the Western Hemisphere, with Beaufort Sea ice in particular holding up well so far compared to many recent years.  Both here and in the Chukchi Sea, 2012 was the record low ice year. 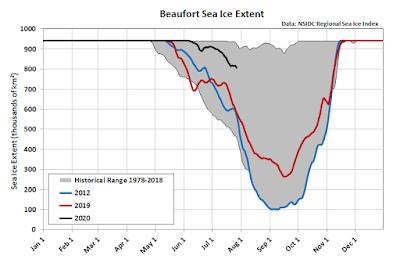 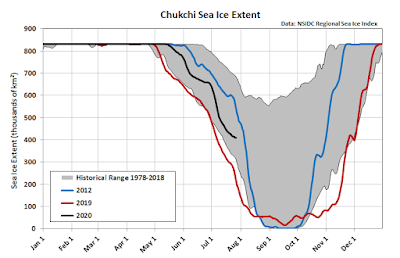 An interesting coincidence in the current weather pattern is that a very strong storm has developed over the Chukchi Sea in the past couple of days, just as in early August 2012.  The similarity is striking, although the 2012 storm was slightly stronger; compare the Canadian surface analysis maps below: 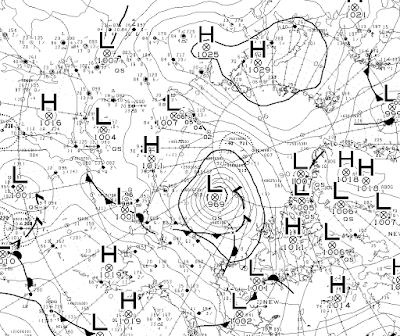 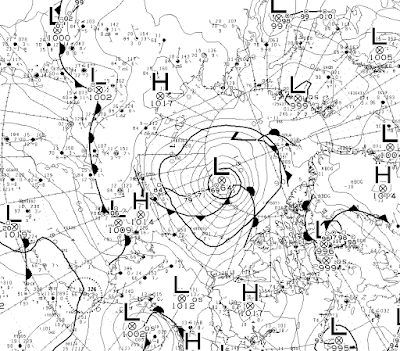 The 2012 storm was the strongest summer cyclone of the modern era in the Arctic, and it probably contributed to the record low ice extent that year by breaking up already-vulnerable ice and increasing ice-water mixing.  It will be very interesting to see if there are any discernible effects on sea ice from this year's storm.

Here's a reference on the 2012 storm, for further reading: