Yesterday afternoon the temperature reports across northern Alaska caught my eye, with a striking temperature contrast across the Brooks Range.  Mid-elevation stations on the north side of the divide, such as Anaktuvuk Pass and Howard Pass, saw temperatures around 20°F - nothing unusual for the time of year - but downsloping produced dramatic warming on the south side of the mountains.  Bettles reached 54°F, and the Norutak Lake RAWS hit 56°F, which is very warm for so late in September.

Here's a map of temperature reports at 5pm AKDT - click to enlarge. 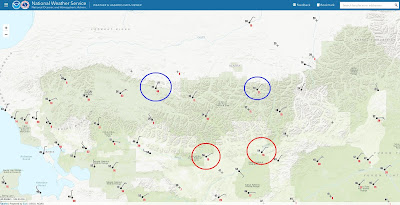 A very strong Gulf of Alaska storm explains this situation, as there was a pronounced north-south pressure gradient across the state at 4pm yesterday - see below.  As a result, strong cross-barrier flow occurred over the Brooks Range, and impressive chinook warming was able to develop even though the elevation changes are more subtle than in southern Alaska (Anaktuvuk Pass and Norutak Lake differ by only 1300').  Such is the power of elevation for modifying weather and climate. 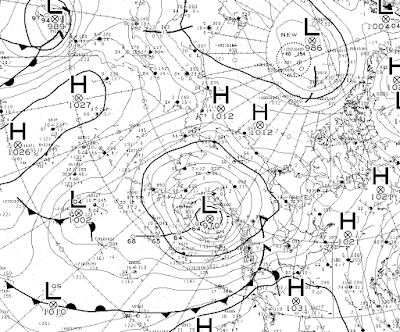