In response to reader Eric's comment, Brian helpfully offered to produce some maps of seasonal temperature skewness across Alaska.  Brian used his expert GIS mapping skills, and I supplied him with the data.  Except for some of the Arctic coast stations (where I used hourly temperature data), all of the results are from the 1981-2010 GHCN daily data.

Maps are shown below for the four climatological "seasons" of December-February, March-May, June-August, and September-November.  These don't correspond particularly well to meteorological times of transition in Alaska, but they are conventional categories for dividing up the data.  Recall that positive skewness indicates a long upper tail, so that large warm anomalies are more common than large cold anomalies; and conversely, when there is negative skewness, large cold anomalies are more common.  Qualitatively, the warmer/red colors on the maps show regions and seasons that are more often "very warm" (relative to the mean), whereas colder/blue colors on the maps indicate locations that are more often "very cold" (relative to the mean). 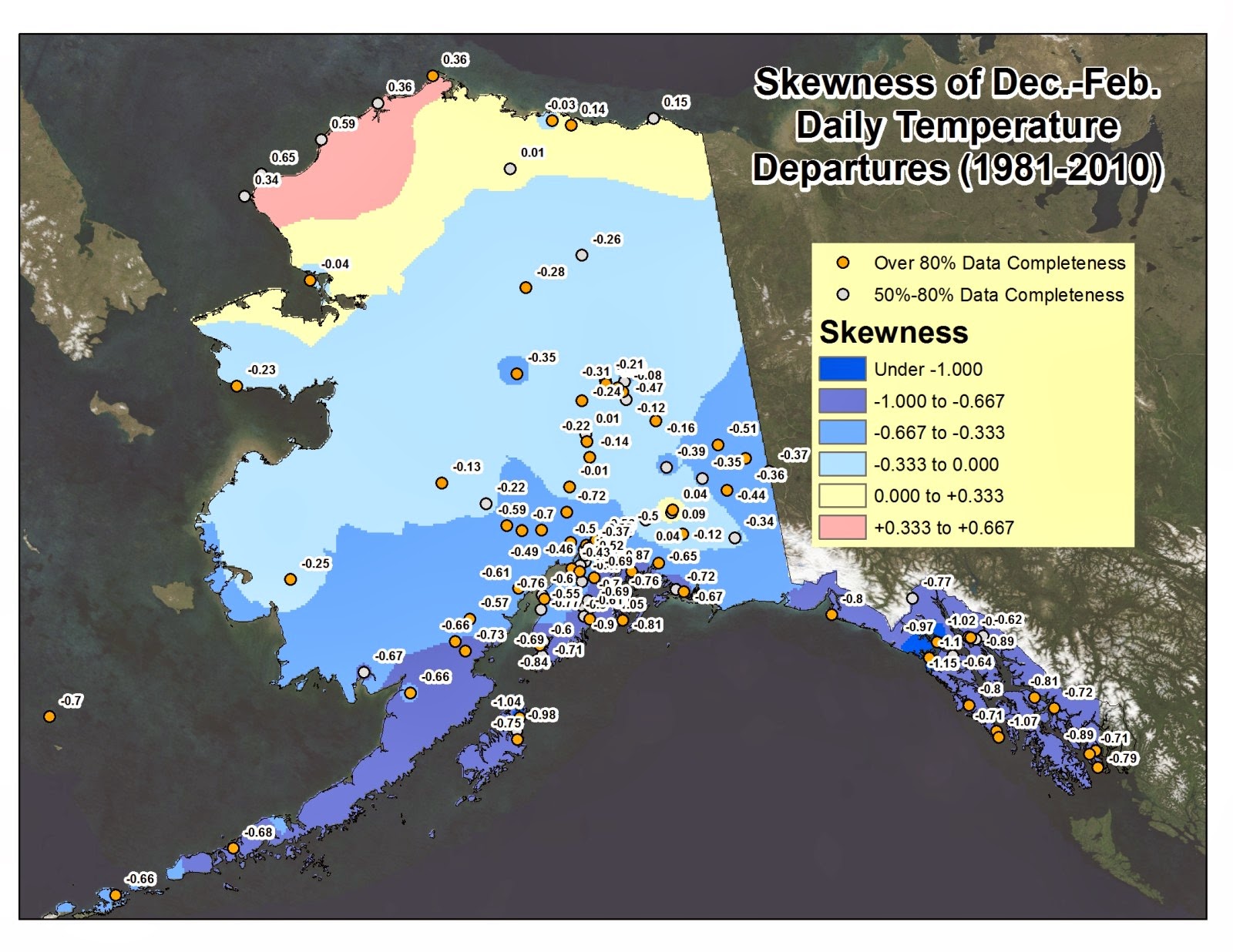 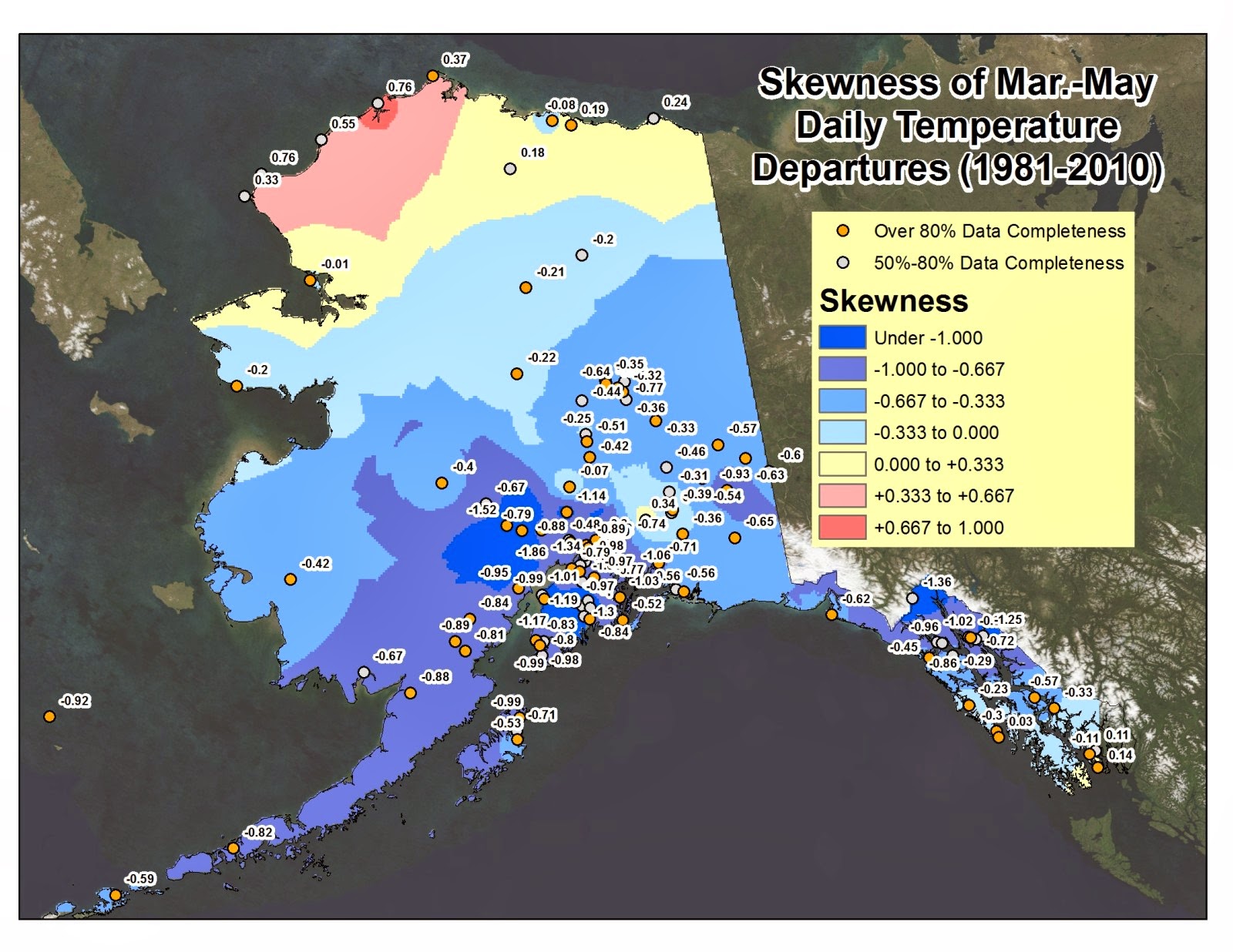 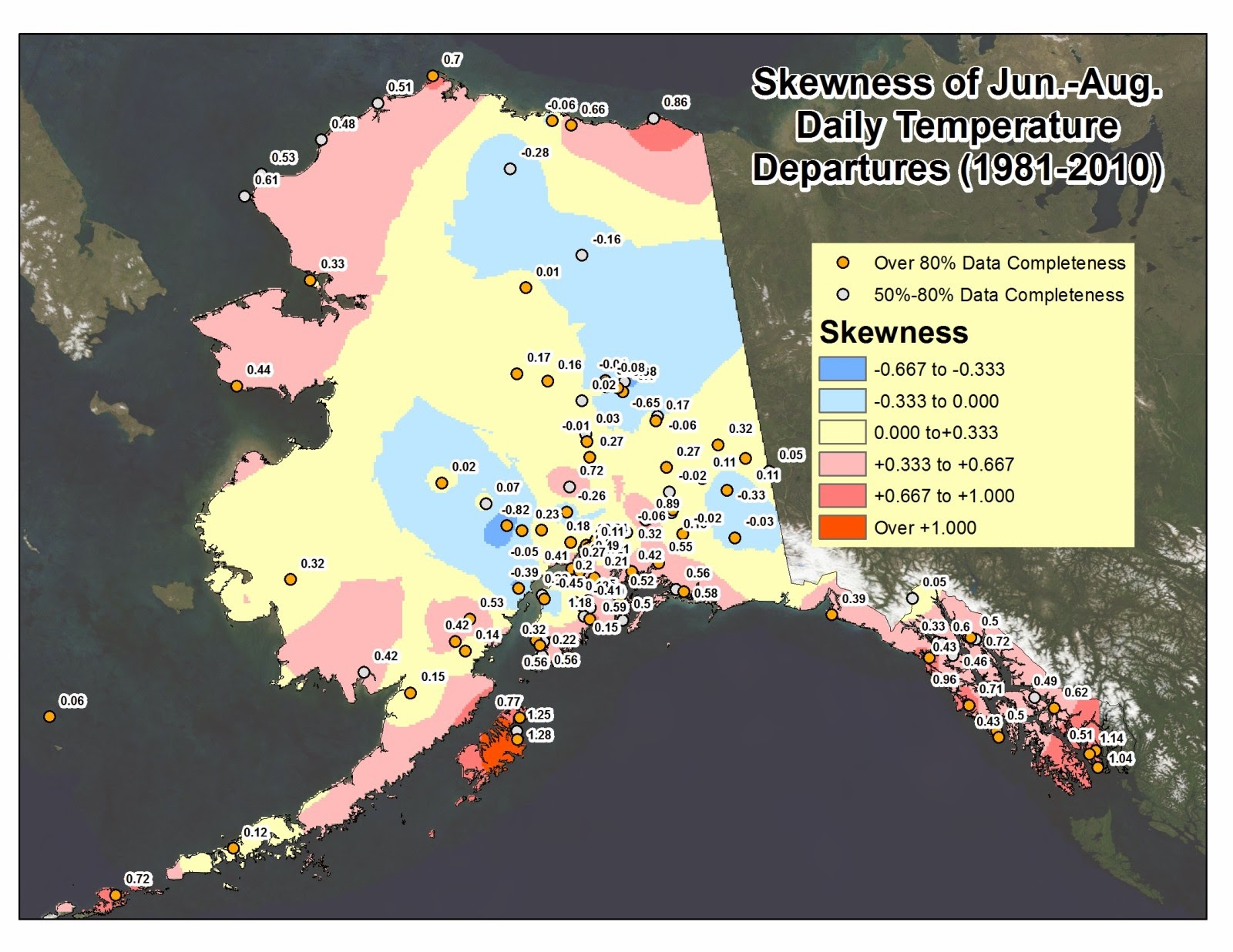 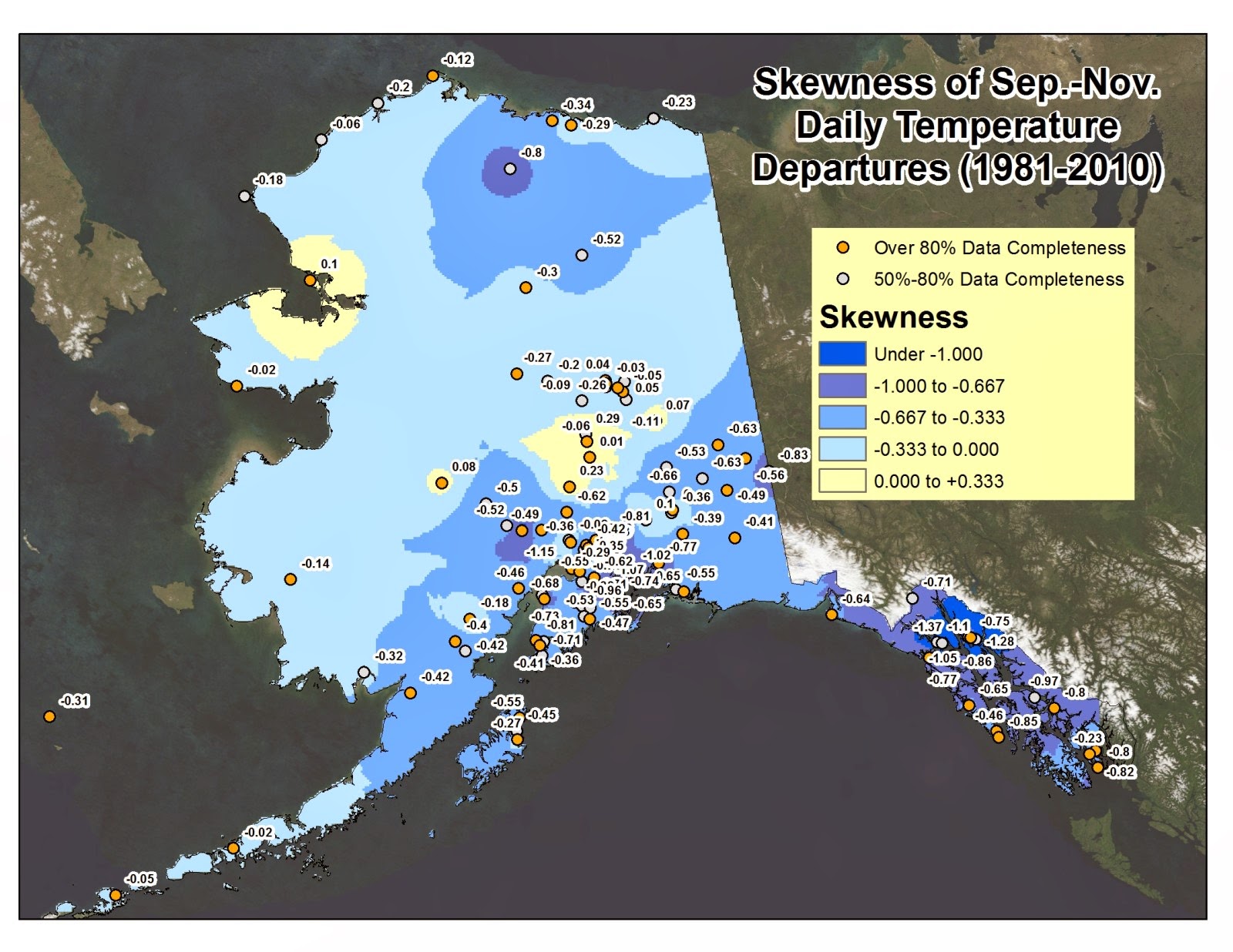 Interesting features of the maps include the general lack of significant skewness in the central Interior, except in spring, the pronounced skewness in many places in spring, and the strong positive skewness in far southern Alaska in summer.  Each of these features describes characteristics of the climate that go beyond the traditional "seasonal norms" and even "seasonal variability/variance", but are nevertheless important and perceptible aspects of the local environment.

[Update March 16:]  The chart below shows the summer temperature distribution for Kodiak, where the skewness is strongly positive.  In the period 1981-2010, the daily mean temperature in June through August was never more than 10 °F below the mean, but daily anomalies of +15 °F or more occurred on a number of occasions.  It seems that the favored setup for the warm anomalies involves high pressure to the west, thus bringing warm air from the mainland to the north - and sometimes the air is very warm.  In winter the large-anomaly air from the mainland would be cold, and so the distribution is negatively skewed. 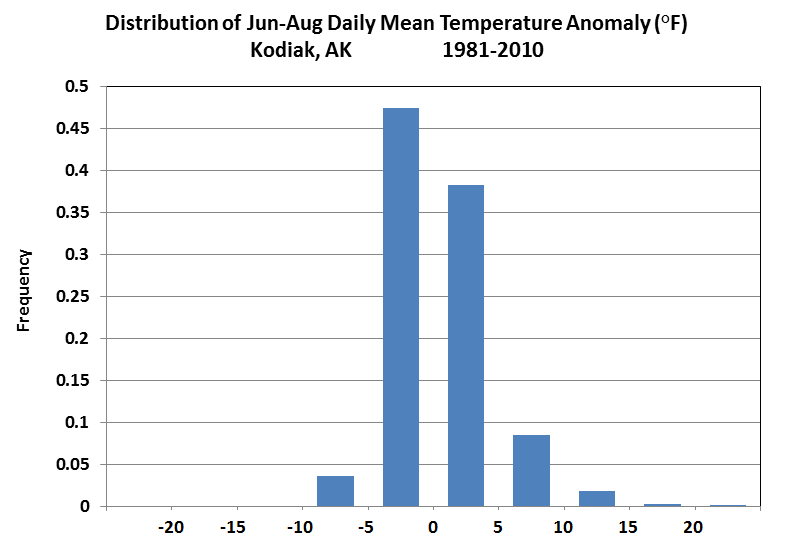