This week I ran the temperature numbers for climatological winter (December, January, and February) for Alaska. As most Alaska residents can attest to, this winter was warmer than normal. An extremely warm January was somewhat offset by a cooler December and February. The first map shows the statewide winter temperature values by climate division and the second map shows the winter temperatures in the Fairbanks area. 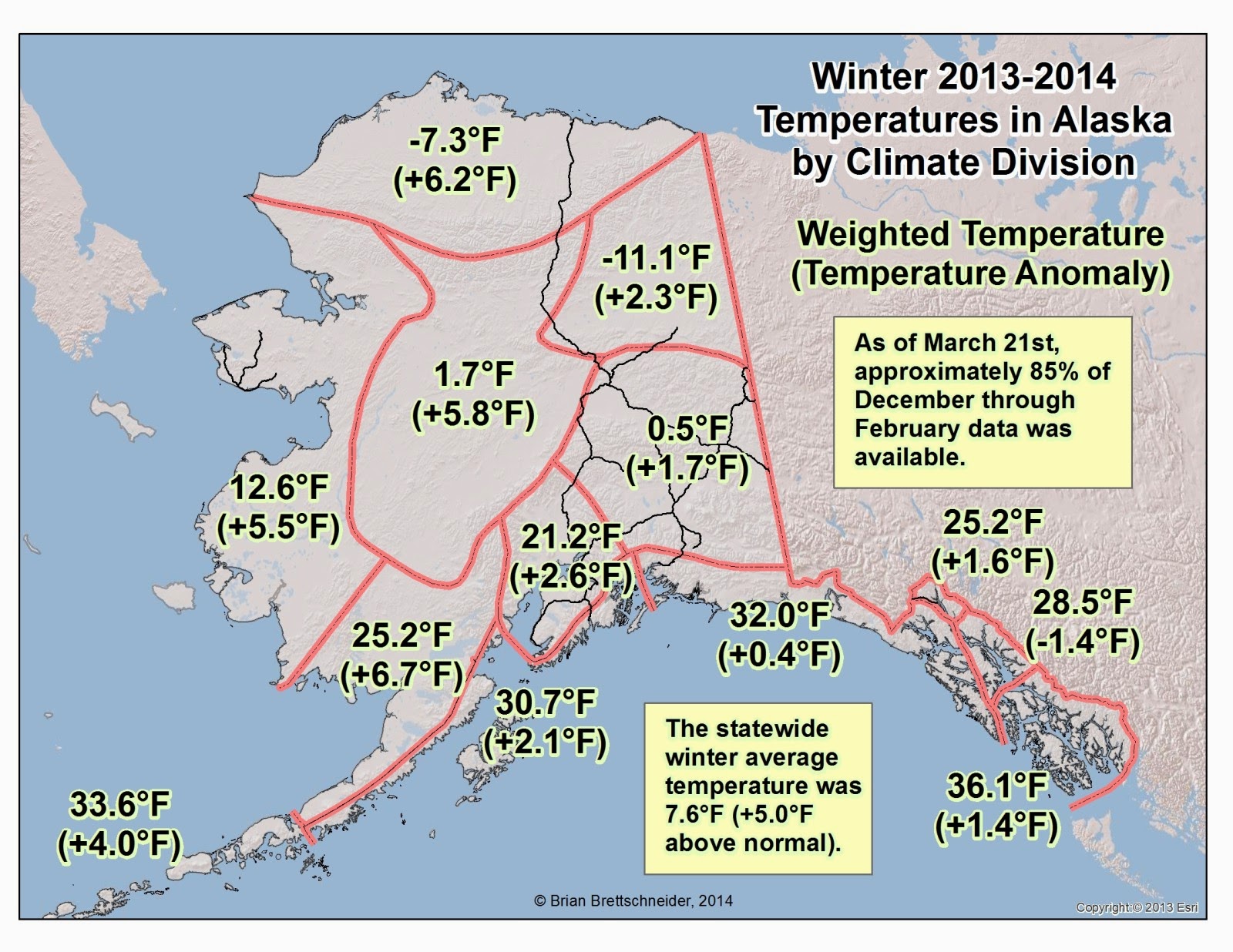 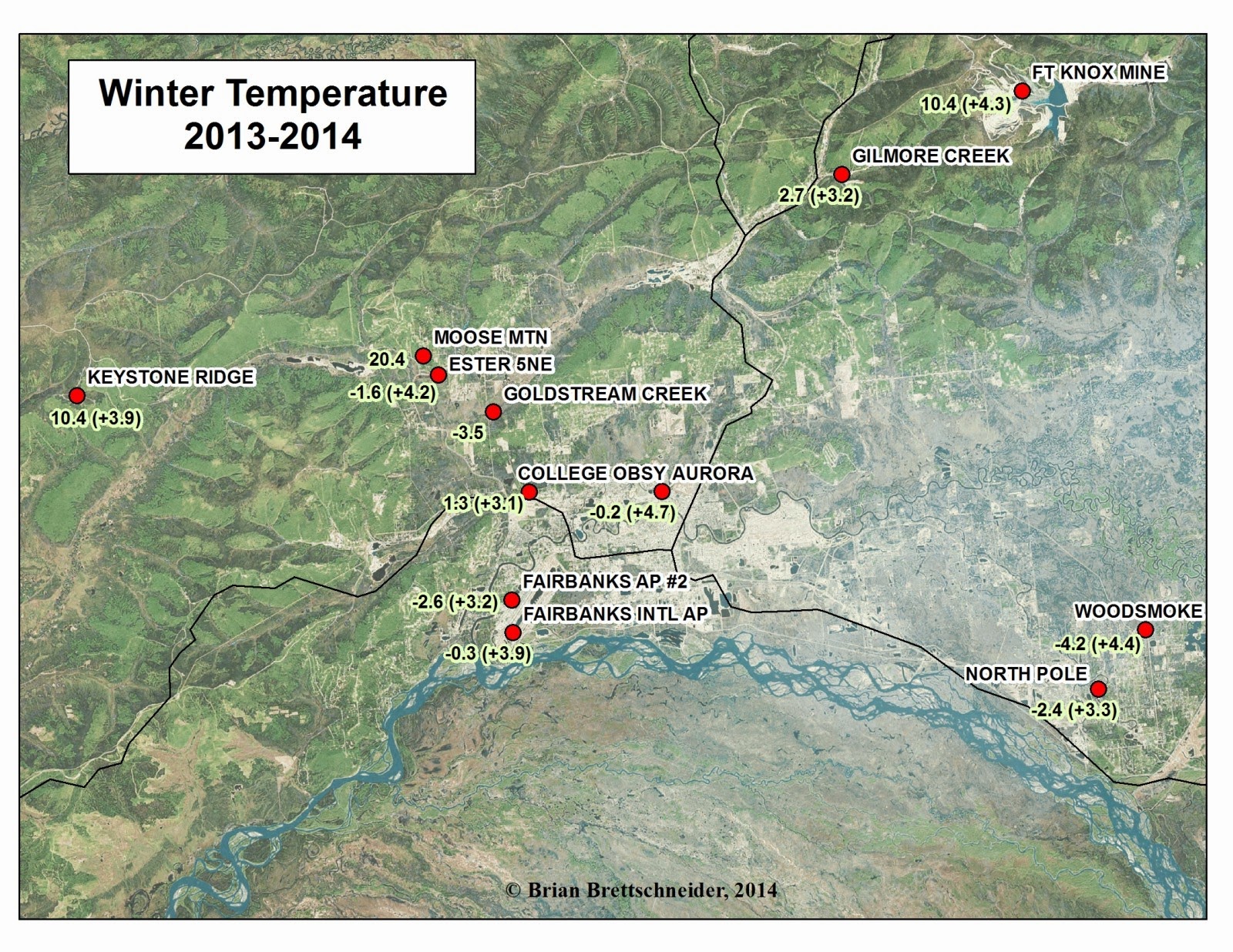 Figure 2. Winter 2013-2014 temperature and temperature departure for the Fairbanks area. The departure values are not based on NCDC published values. They are a departure from average for those stations with at least 5+ years of data (note: no RAWS stations are included).