Extreme weather contrasts are continuing across Alaska today, as some places experience high summer conditions while others are locked in winter.  The warmth in the south and east is the really big story, as a new all-time state record high temperature for the month of March has been observed at Klawock in the far southeast: 71°F.  Never before has 70°F or higher been recorded in March in Alaska.  Several other locations have set all-time March high temperature records by large margins, including (data through 00 UTC):

Each of these stations has long periods of record.  In Cordova and Klawock these temperatures would be unusual for the height of summer.  Here's this morning's 500mb analysis, showing the intense ridge over the southeast. 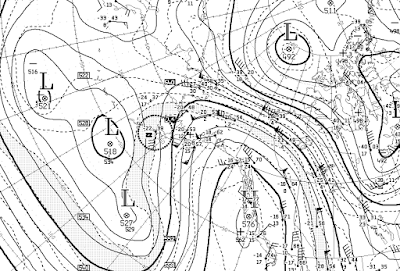 Here's a webcam image from Klawock at the time of a 70°F reading from the airport ASOS: 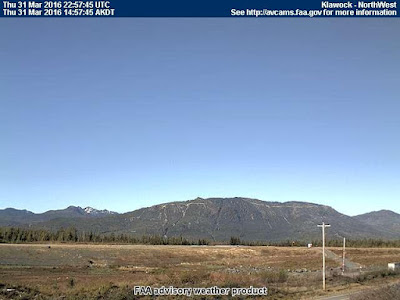 Meanwhile a bona fide winter storm is affecting parts of the west coast; Shaktoolik has seen increasingly heavy snowfall today with sustained winds over 40mph and temperatures in the single digits.  Here's a simple animation of the deteriorating conditions during the middle part of the day.