In a reminder that summer isn't quite here yet, a dramatically cooler air mass has pushed into the northern and eastern interior in the past couple of days.  Yesterday was the first day since March 19 that the daily mean temperature was below normal in Fairbanks; 57 straight days were warmer than normal.

Saturday's high temperature of 82°F was the second earliest on record for such warmth, as only the great May heat wave of 1995 was more anomalous (88°F on May 11).  Ten years ago, in 2006, Fairbanks never even reached 82°F all summer long. 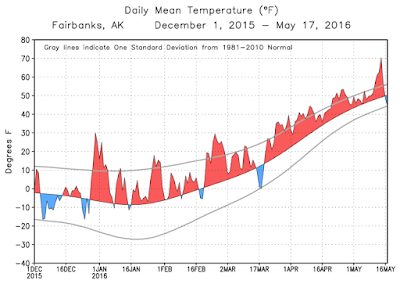 The sudden flip to chilly conditions today probably shouldn't be too surprising, as we noted last year that extreme warmth at this time of year seems to invite a strong reversal of temperatures.  In 1995, the high of 88°F on May 11 was followed by a low of 32°F on May 15, and then it turned even cooler, with a high of only 49°F on May 21 and a low of 28°F the next day (one of the latest occurrences of a 28°F freeze).

If today's high temperature in Fairbanks is in the 40s, as appears likely, then this will be a rare instance of the temperature exceeding 80°F before mid-summer and then a subsequent day (prior to autumn) failing to reach 50°F.  This has only happened before in 1963 and 1995.  Today is certainly quite cool, with 5pm temperatures of 35°F at the Chatanika RAWS (1626') and on the Parks Highway at Nenana Hills (1421'); and it's below freezing at Eagle Summit.  [Update: the temperature at the airport reached 51°F after light rain ended.] 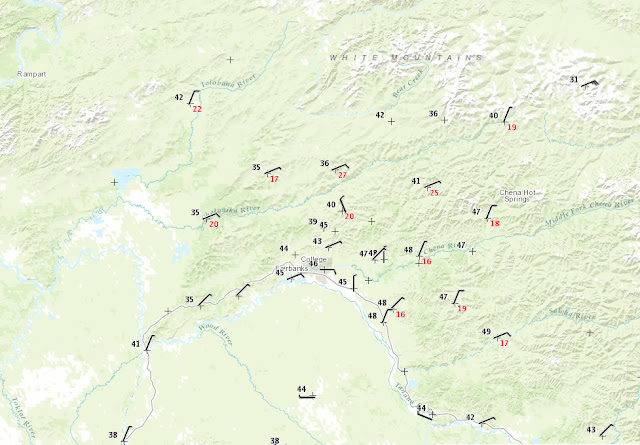 Webcam images from Ester Dome above Fairbanks captured some snowflakes earlier this afternoon, and the Central webcam is showing fresh snow cover in the hills.  Farther afield, Eagle and Northway both reported some light snow earlier in the day. 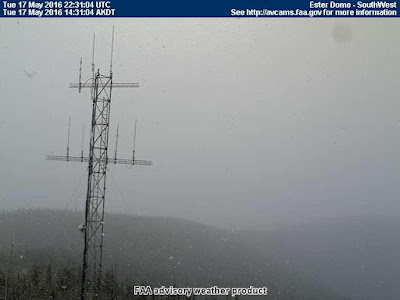 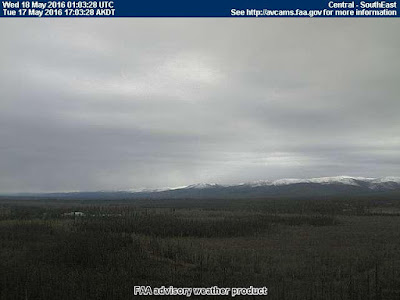 The 500mb analysis from 4am AKDT today (courtesy of Environment Canada) shows the upper-level flow pattern responsible for the change: note the mid-tropospheric low right over the central interior. 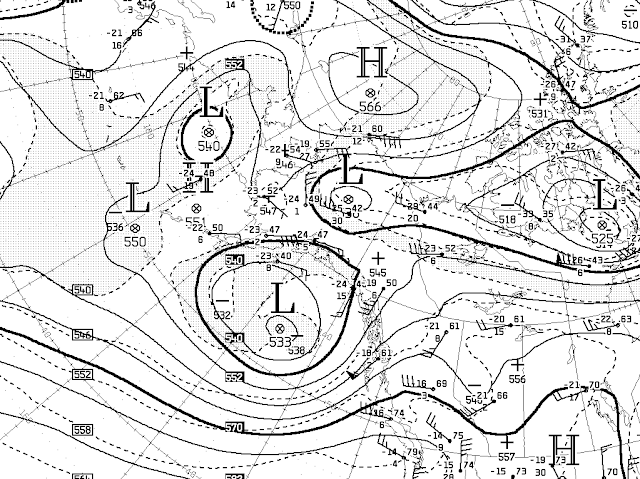