A couple of weeks ago Rick Thoman pointed out that Barrow had their windiest April on record, by a large margin - see the chart below.  According to the GHCN data, the average wind speed was above 20 mph on 15 days, which is a record for any month.  Interestingly the all-time windiest calendar month in Barrow (1984-present, GHCN) was just 2 months earlier, in February of this year. 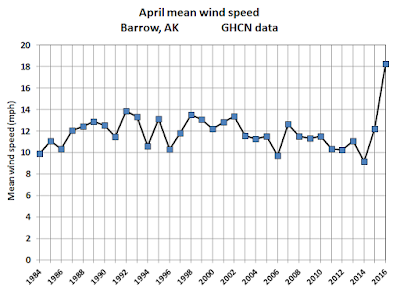 The map below shows why it was so windy in April on the North Slope (graphic courtesy of Brian Brettschneider).  The sea-level pressure was the highest on record for April over the Beaufort Sea, and yet the SLP was below normal over nearly all of Alaska, and well below normal over the west and southwest.  Consequently the pressure gradient across the North Slope was intense. 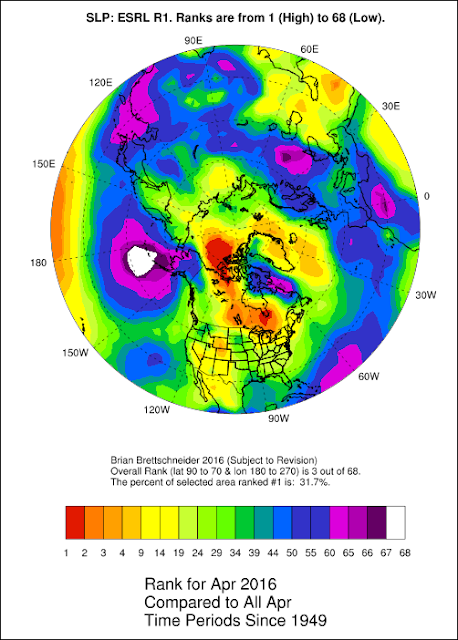 The following figure illustrates the downward propagation of the flow disturbance in the recent event; this is a time-height cross-section of geopotential height anomaly over the Arctic (a height anomaly is equivalent to a pressure anomaly).  Beginning in early March, a pronounced positive height anomaly emerged high in the stratosphere, reflecting the complete breakdown of the polar vortex that occurred in the dramatic "sudden warming" event.  Note that earlier in the winter the stratospheric vortex was extremely strong (i.e. lower than normal heights), as we noted in December. 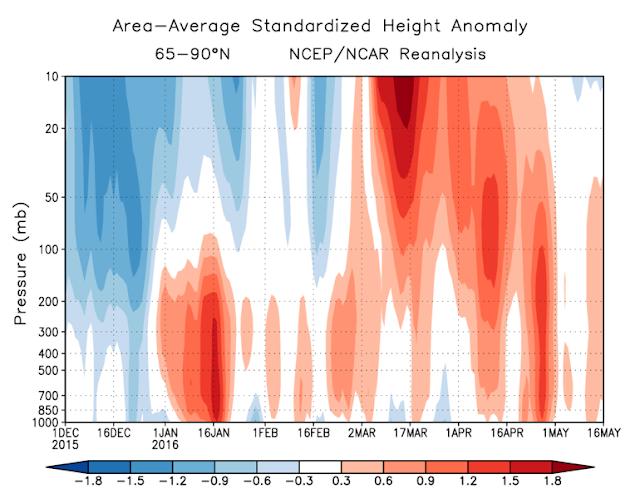 It's pretty clear from the figure that the height anomaly propagated down from the stratosphere to the troposphere and eventually to the surface between mid-March and late April.  Again, this is a typical course of events after a sudden stratospheric warming.  As an aside, this provides an unusually extended and useful window of predictability for high-latitude weather patterns in the troposphere.

The map below shows the standardized height anomaly at 850mb during the first 3 weeks of April, when the wind was particularly strong in Barrow.  The high pressure was centered about 500 miles north of Prudhoe Bay and produced a strong easterly flow along the Arctic coast of Alaska. 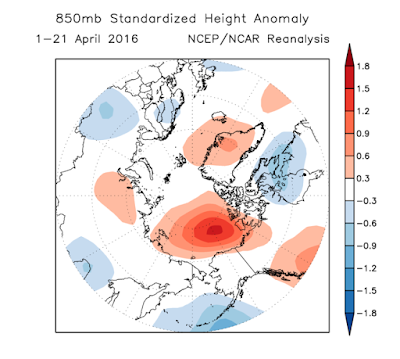 As we look at pressure levels higher up in the troposphere and stratosphere, the high pressure anomaly becomes more expansive and - by the time we get to 100mb - very intense. 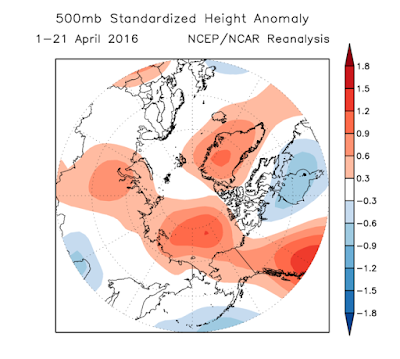 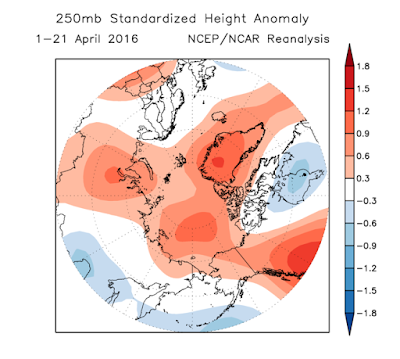 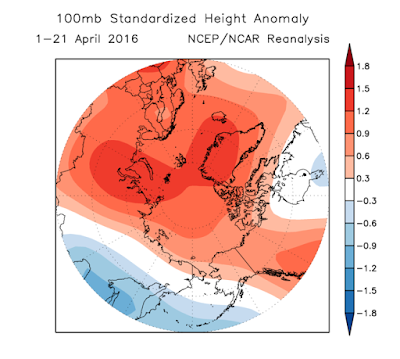 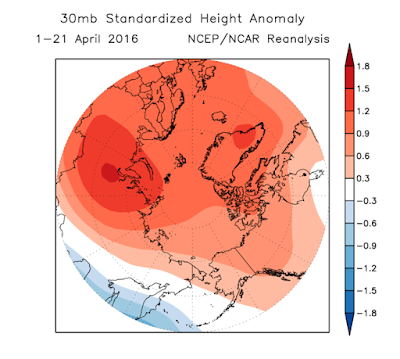 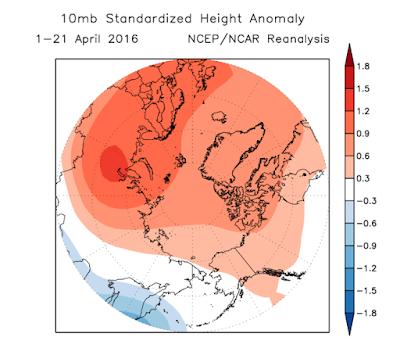 Finally, it's revealing to look at the evolution of 850mb anomalies over consecutive 10-day periods from late March to early May - see the maps below.  In the last 10 days of March there was no high pressure evident in the Arctic at 850mb, although the stratospheric anomalies were already very intense at that time.  High pressure then emerged north of Alaska in early April and intensified and expanded in mid-April; and by late April high pressure was very widespread north of the Arctic Circle, and the Arctic Oscillation was strongly negative. 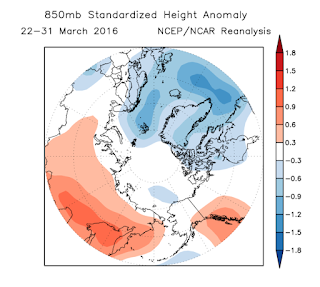 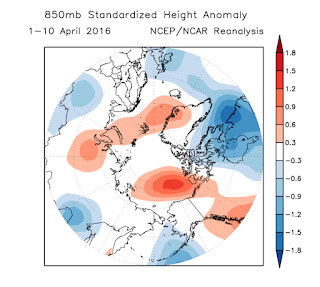 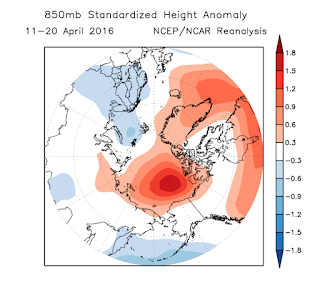 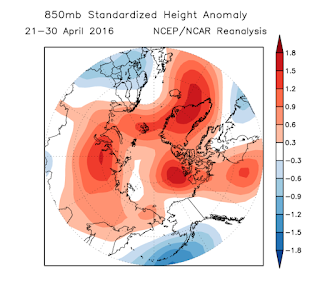 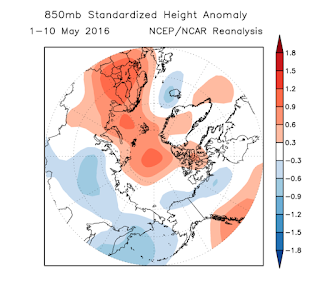 In summary, a quick look at the reanalysis data suggests that the Beaufort Sea high pressure in early-mid April was the first manifestation of a "surge" of high pressure anomalies originating high in the stratosphere about a month earlier.  The lower-tropospheric anomaly subsequently expanded throughout the Arctic and set up a notable blocking pattern over the North Atlantic, which led to some remarkably cold conditions in Europe in late April - and I can attest to that, having seen snow fall on multiple days while in England and Wales at that time.  From the North Slope of Alaska to Europe it was a most unusual month, and I think it's clear that the stratospheric disruption was at least partially to blame.

Posted by Richard James at 4:38 AM