I don't want to belabor the "wet" theme too much, but the amount of rain that has fallen in the Fairbanks area in recent weeks is quite remarkable.  I noticed this morning that most of the SNOTEL sites in the hills above Fairbanks have observed more rainfall so far this summer than in the same period of 2014, which was of course the wettest summer on record at Fairbanks airport.

Here's a chart showing that most of the SNOTEL sites had fallen well behind 2014 by the end of June - despite a wet June this year - but this year's cumulative precipitation has surged ahead in the past week. 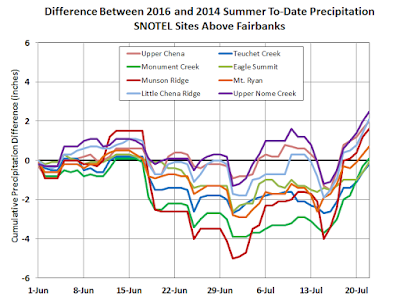 At the Munson Ridge site, elevation 3100', the total rainfall since June 1 is now the highest on record (1982-present); a remarkable 15.6" has fallen so far this summer (see data here).  Of this, 6.5" fell in the past week, which makes this the wettest week in the history of the observing site. 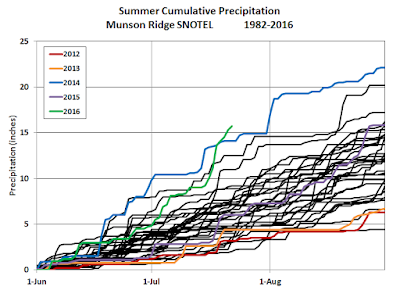 Nowhere else in Alaska has reported over 15" of rain so far this summer, and relatively few places in the lower 48 have been wetter - see the map below, based on NWS (combined gauge and radar) data.  The national "winner" (airport and COOP stations only) is Fort Myers, FL, with 21.9" of rain since June 1 - and that's a good deal wetter than normal even for a southwest Florida summer (I used to live there - it's wet). 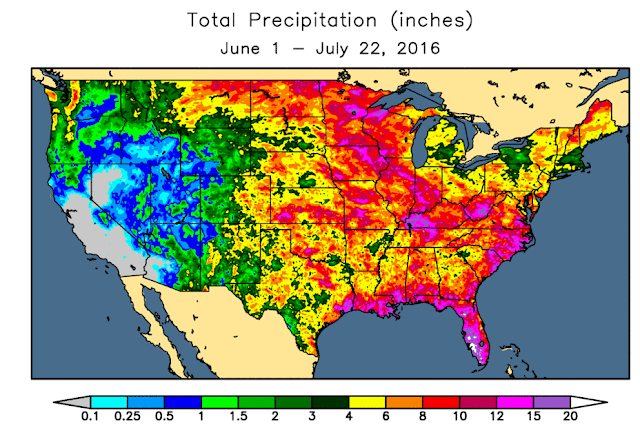 The maps below show the mean 500mb height anomaly (top) and westerly wind anomaly (bottom) since June 1.  The very unusual pressure gradient near the date line has produced a zone of strongly enhanced westerly flow centered near Wrangel Island and extending eastward over northern Alaska and the Beaufort Sea; this area normally only sees weak westerly winds at this season (around 4-6 m s-1 on average)

The strong westerly flow across northern Alaska no doubt goes some way to explaining the wet weather in Alaska's interior, although as we noted earlier 2014 was different; the map below shows the height anomaly for the same period in 2014.

[Update Sunday morning] Here are river gauges from the Chena River near Two Rivers, and the Tanana River at Fairbanks and Nenana. 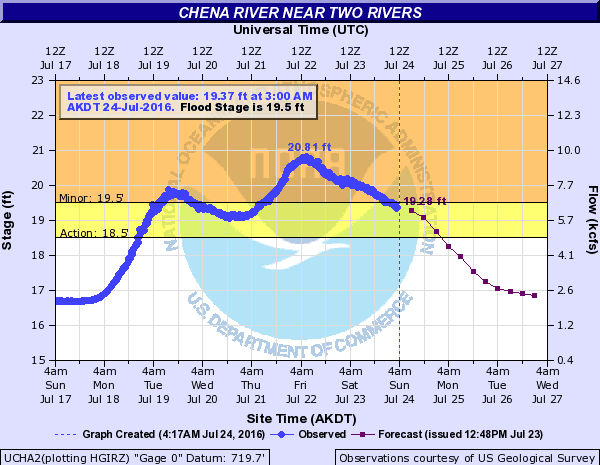 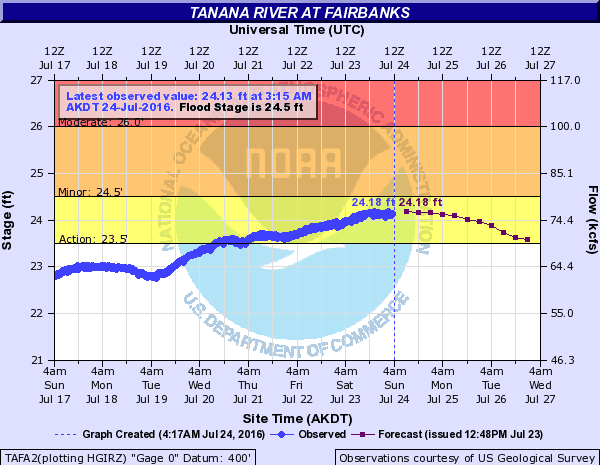 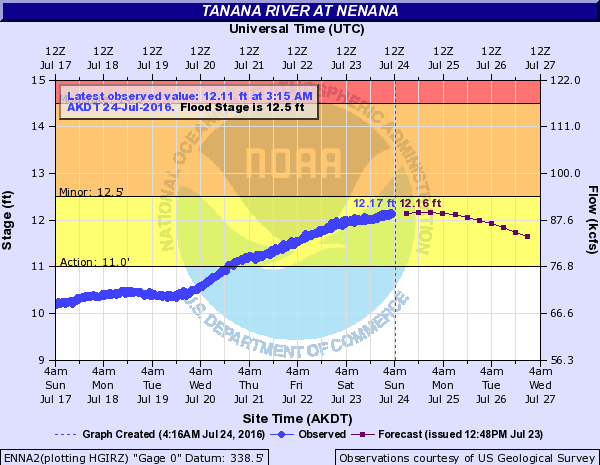 The Chena River flood control system was activated on Wednesday to prevent water rising too high in Fairbanks.  Here are webcam views from downtown Fairbanks (Friday evening) and from Nenana (yesterday evening): 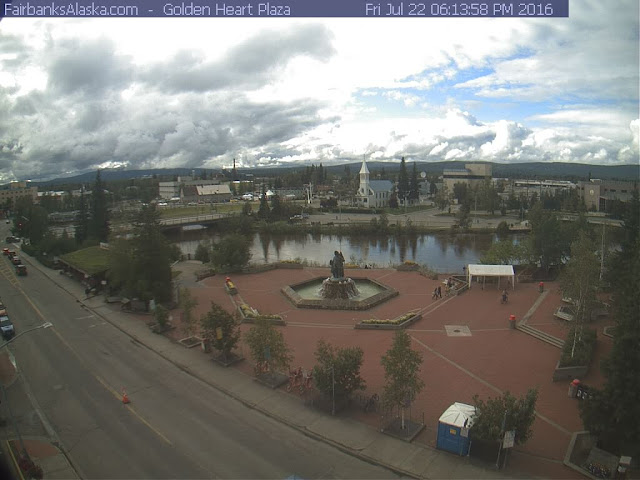 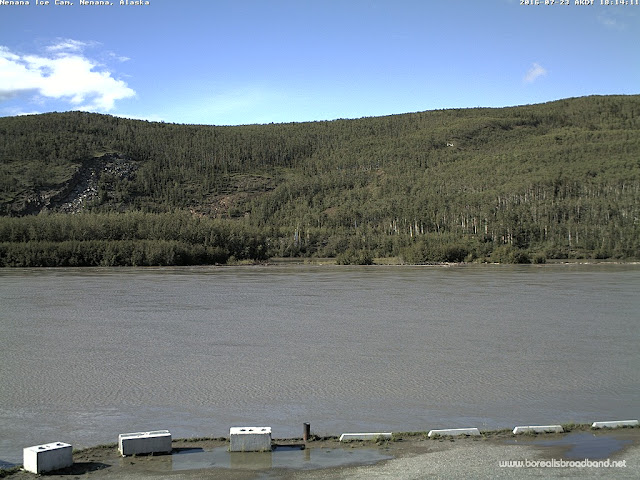